3,000 Condoms And Other Tales From The Crypt 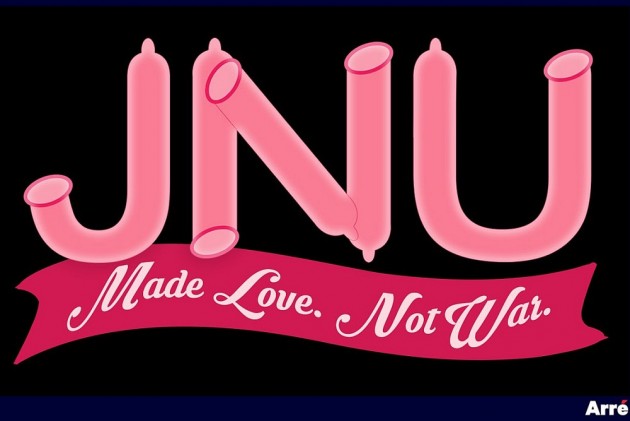 Umer Khalid and Anirban have surrendered. Kanhaiya Kumar's bail plea is not due to be heard till Monday. The state is planning to introduce new plans to track 'negative news'. There is talk of conspiracy theories, a return to 1975 and widespread, no-holds-barred attack on every kind of dissent.

Unless you have been living under a rock, you will know that what began as a crisis in JNU has now morphed into the long overdue battle between an uneasy coalition of the radical left, polite left and woefully-spatial centre versus the rabid right.

It is increasingly obvious that the rabid right takes itself very, very seriously. It is the kind of self-righteous entitlement that allows lawyers to openly celebrate beating up a student and the police chief to ask students to 'prove their innocence'. It is nothing short of magnificent then, that one of the minions of the BJP-RSS-ABVP blob has tripped on his own zeal and landed his own face (oh that moustache) and that of Amit Shah into mud.

Here on YouTube you can see Alwar MLA Gyandev Ahuja inventing the inventory of hedonist horrors in JNU—the animal bones, the abortion syringes and yes, the 3,000 used condoms.

In response, people on Twitter and Facebook have gone berserk. A new hashtag has started. It is called #BJPcountscondoms and it is currently trending at the first position. And when it comes to poetry, satire and black humour, no one does it better than a bunch of pissed off people in their twenties.

Opening Facebook yesterday was surreal. The first thing that jumped out was the fifth share of a tweet by @AndrewFemin: "MOODS launches a new range of condoms with 'Return after use' option..used condoms to be returned to BJP HQ". Then a short scroll revealed a wonderfully camp pink poster of blown-up condoms making up the letter 'J', 'N' and 'U'. The accompanying hashtags? #makelovenotwar and #seductionnotsedition.

And this morning, another tweet surfaced: 'Sanskari condoms are lubricated with ghee'. It is now doing the rounds along with a sad meme of a sadder MLA: 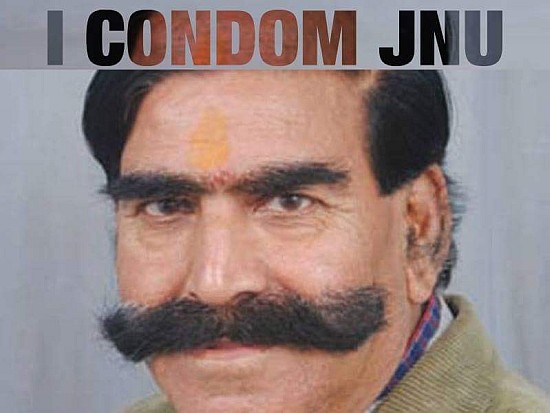 Poor MLA, I say, because party chief Amit Shah has reportedly pulled him up after the '3000 condoms' comment went viral, not to mention that images of Ahuja showering dancers with 500-rupee notes have turned up. Of course, it is entirely unsurprising that the BJP worries more about looking ridiculous than it does about appearing sexist, repressive or brutal. Humour appears to be even more bullet-proof than ideas, to extend a popular movie quote.

And while the government figures out a way to recover its high ground, the hive mind of the very nation that it is so keen to save from JNU has come up with even funnier retorts to nationalist piety. 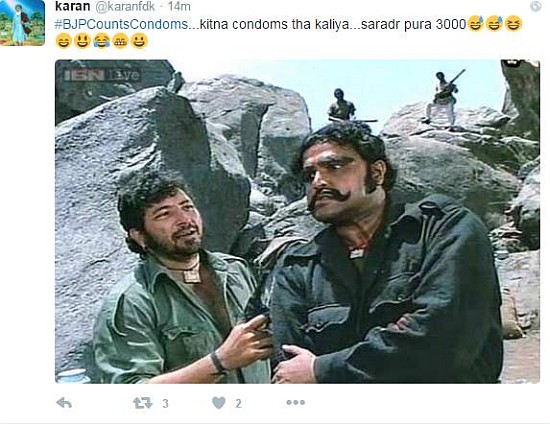 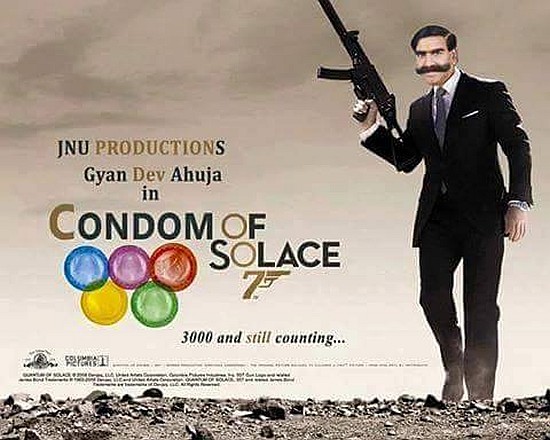 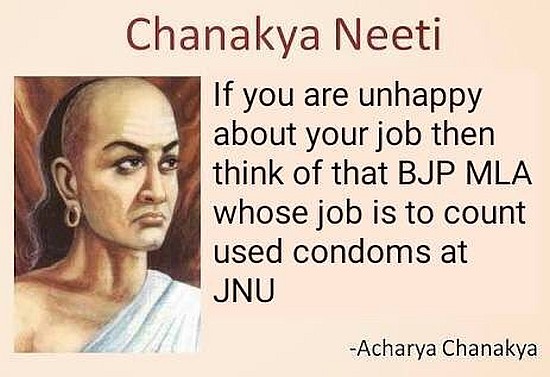 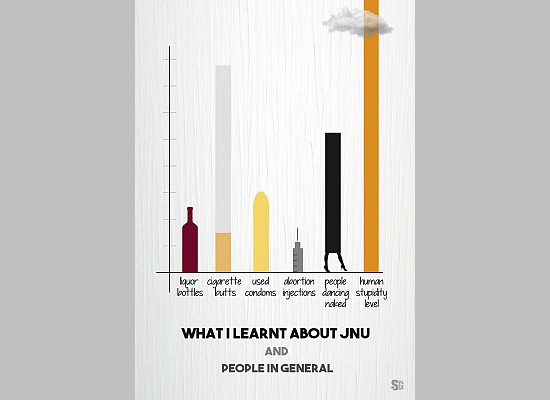 Dear BJP, do you need some sanskari ghritakumari for that burn?