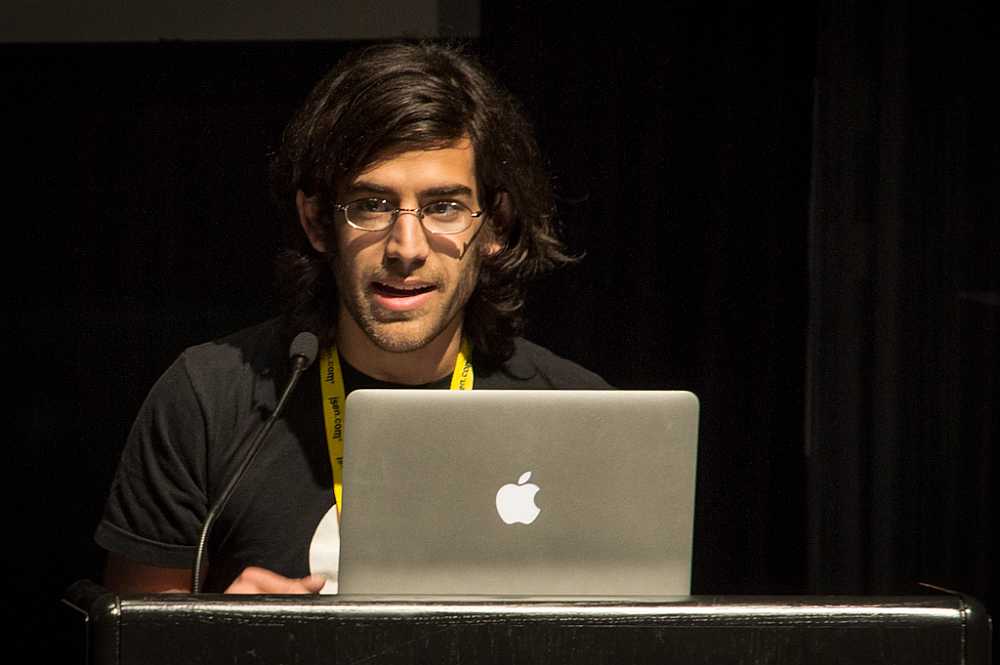 Some rights reserved by peretzp

“The tragic and heartbreaking information you received is, regrettably, true,” his attorney, Elliot R. Peters of Kecker and Van Nest, confirmed in an email to The Tech.

Best known as co-founder of the popular internet community website Reddit, Swartz was indicted by a federal grand jury for allegedly downloading millions of documents from JSTOR (for online resource Journal storage), and potentially faced up to 50 years in prison and $4 million dollars in fines. He had pleaded non-guilty. [If you wish to follow-up on that debate, Maria Bustillos provides a very thorough discussion here: Was Aaron Swartz Stealing?]

So how does one describe Aaron H. Swartz? "Computer activist," as the Tech calls him, doesn't do him justice. "In the technology world," as the New York Times put it once, "Mr. Swartz is kind of a big deal."

Was. Also read was instead of is in the following bio he provided on his blog:

Aaron Swartz is the founder of Demand Progress, which launched the campaign against the Internet censorship bills (SOPA/PIPA) and now has over a million members. He is also a Contributing Editor to The Baffler and on the Council of Advisors to The Rules.

He is a frequent television commentator and the author of numerous articles on a variety of topics, especially the corrupting influence of big money on institutions including nonprofits, the media, politics, and public opinion. From 2010-11, he researched these topics as a Fellow at the Harvard Ethics Center Lab on Institutional Corruption. He also served on the board of Change Congress, a good government nonprofit.

He has also developed the site theinfo.org. His landmark analysis of Wikipedia, Who Writes Wikipedia?, has been widely cited. Working with Web inventor Tim Berners-Lee at MIT, he helped develop and popularize standards for sharing data on the Web. He also coauthored the RSS 1.0 specification, now widely used for publishing news stories.

His piece with photographer Taryn Simon, Image Atlas (2012), is has been featured in the New Museum. In 2007, he led the development of the nonprofit Open Library, an ambitious project to collect information about every book ever published. He also cofounded the online news site Reddit, where he released as free software the web framework he developed, web.py.

But it is the bio he wrote at jotit (just the facts, sir) that begins to provide a bit of an idea about this prodigy:

Aaron Swartz has had a computer since before he was even born. By the age of thirteen he created his first web application -- programming a system with essentially the same idea as Wikipedia -- which went on to make him a runner-up in the ArsDigita Prize for web applications developed by young people.

Shortly after that he built the first modern news aggregator and co-authored the RSS 1.0 standard for news aggregation. He also joined the RDF Core Working Group at the World Wide Web Consortium, the standards body for the Web, and worked on the Semantic Web, writing popular guides as well as specifications.

He joined the founding team of Creative Commons, a non-profit dedicated to strengthening the public domain and providing alternatives to "all rights reserved" copyright, where he worked on their web site and developed their metadata system.

He then spent a year studying sociology at Stanford University, before taking a leave of absence to co-found Reddit.com, a popular technology news site. The site was receiving millions of visitors a month when it was purchased by Condé Nast, the American publishing empire.

Aaron left Condé Nast after the acquisition and begun a new project, Open Library, whose goal is to create a wiki with a page for every book. He also co-founded a new startup, Jottit.com, which makes it incredibly easy to start a website. In his spare time he maintains and mentors a number of free software projects and writes for a variety of magazines.

His current project is watchdog.net, a website that collects a wide variety of political data sources, from demographics and pollution reports to campaign contributions and lobbying records, and combines them into one easy-to-use website. It also provides tools to take action based on what you learn, by writing your representative and launching campaigns with friends.

He has worked with Tim Berners-Lee and Lawrence Lessig, spoken at numerous conferences, including Comdex, WWW2002, and the O'Reilly Open Source Convention, taught a class at MIT, appeared in publications from the Chicago Tribune to Boing Boing, appeared twice on the front page of the Boston Globe, and been profiled in Wired and Newsweek.

In a talk prepared for Tathva 2007 computer conference at NIT Calicut in India he shared the following three rules he followed, as advice:

A May 15, 2006 blogpost: The Book That Changed My Life: Noam Chomsky's Understanding Power:

Reading the book, I felt as if my mind was rocked by explosions. At times the ideas were too much that I literally had to lie down. (I’m not the only one to feel this way — Norman Finkelstein noted that when he went through a similar experience, “It was a totally crushing experience for me. … My world literally caved in. And there were quite a number of weeks where … I just was in bed, totally devastated.”) I remember vividly clutching at the door to my room, trying to hold on to something while the world spun around.

For weeks afterwards, everything I saw was in a different light. Every time I saw a newspaper or magazine or person on TV, I questioned what I thought knew about them, wondered how they fit into this new picture. Questions that had puzzled me for years suddenly began making sense in this new world. I reconsidered everyone I knew, everything I thought I’d learned. And I found I didn’t have much company.

There is a moment, immediately before life becomes no longer worth living, when the world appears to slow down and all its myriad details suddenly become brightly, achingly apparent.

The economist Richard Layard, after advocating that the goal of public policy should be to maximize happiness, set out to learn what the greatest impediment to happiness was today. His conclusion: depression. Depression causes nearly half of all disability, it affects one in six, and explains more current unhappiness than poverty. And (important for public policy) Cognitive-Behavioral Therapy has a short-term success rate of 50%. Sadly, depression (like other mental illnesses, especially addiction) is not seen as “real” enough to deserve the investment and awareness of conditions like breast cancer (1 in 8) or AIDS (1 in 150). And there is, of course, the shame.

So I hope you’ll forgive me for not doing more. And hey, it could be worse. At least I have decent health insurance.