As per Railway Board Chairman Ashwani Lohani, the Indian Railways is “studying” this project proposal submitted by the German government. 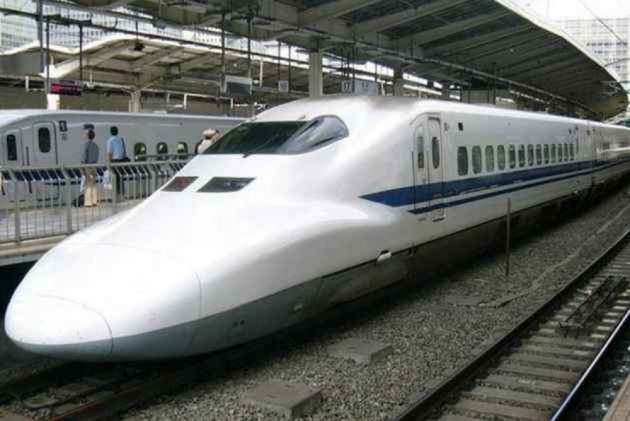 The concept sounds splendid: A high speed rail or a bullet train dashing across the Chennai-Bengaluru-Mysore stretch at a design speed of 320 kmph to cover the 435-kilometre distance in two hours and twenty-five minutes. Currently, passenger trains on the route take approximately seven hours to cover the distance.

At a press conference on Thursday, Chairman Railway Board Ashwani Lohani said the Indian Railways would be “studying” this project proposal submitted by the German government with the idea of “taking it forward”.

According to a feasibility study conducted by a German consortium, 84 per cent of the dedicated high-speed track on the stretch will be elevated, while 11 per cent of the route will be through tunnels and just 5 per cent “on grade” or at the ground level. Planning stages are estimated to take three years, while the construction phase will last nine years. The project – estimated to cost 38 million USD per kilometre – envisages nine ‘en route’ stations including Katpadi, Arakkonam and Koyambadu. If this line gets constructed (targeted for 2030), 17 trainsets (modern trains) will run on this high-speed line daily.

Let this be said upfront. Indian trains do need to pick up speed. The travel time from Delhi to Howrah for the premier Rajdhani Express is much the same that it was at the time of its launch; more than four decades back. Mail and Express passenger trains run across gingerly at average speeds of around 50 Kmph; while the Goods trains trundle about at around 25 Kmph. It does make sense for the current political dispensation to talk about train speeds.

The worrying thought is this: What explains the NDA government’s current flurry of activity on bullet trains?

At the fag end of the ruling coalition’s term, high speeds have become the flavour of the season: A bullet train connecting Delhi-Chandigarh-Amritsar; a Delhi-Varanasi-Patna-Howrah link; even a Delhi-Chennai corridor. For a cynic, these plans are like colourful balloons being floated with the aim of drawing political mileage in the run up to India’s national general elections in 2019.

The Indian Railways hold the Guinness record on having in its inventory the world’s oldest steam locomotive in running condition – called the Fairy Queen. As it turns out, the Queen has a sister – called “The Express”. This 1855-built locomotive had been lying on a pedestal in the lawns of the now-defunct railway institute at Jamalpur for over one hundred years. The refurbished Express – manufactured by a Leeds firm called the Kittson, Hewitson and Thomson - has now done a trial run and is planned for commercial operations. The Indian Railways have also decided to apply to the Guinness for being recognised as holding the world’s oldest pair of steam engines in running condition.

Steam and rail heritage lovers have had a fair bit of cheer lately. The Palace on Wheels – which runs on the Rajasthan route and returns to Delhi via Agra – was hauled this week for a part of its stretch by a steam engine. A renovated steam loco (called KC-520) has been readied to run charters on the Kalka-Shimla route and – in the Kangra Valley Railways – the ZB-66 has been readied. The first of the WG class of steam locos (locos that pulled the goods trains) is also in the process of being refurbished at the Rewari workshop.

According to a recent online survey, majority of rail commuters feel the ticket cancellation charges are "very high". The quality of food in trains is the next worry for rail passengers, even though some describe it 'delicious'.

The survey conducted by an online platform called “Local Circles” also found that rail passengers in general are happy about the improvements in cleanliness of trains and railway stations.

A major cause of commuter stress, as the survey found, was late arrivals and departures of trains. Majority of respondents said they had to wait for hours for trains to arrive, especially in the winter months when fog wreaks havoc.

According to the survey, there are critical gaps in the system that need to be plugged for betterment of services for passengers.