"Are you from the tukde tukde gang or the Khan Market gang?” they barked the question. There was no NOTA button. 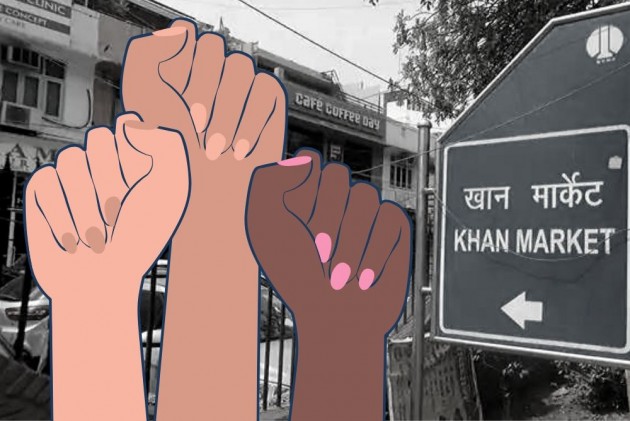 One late evening, I was sitting quietly on Parthasarathy rock watching a serpent eagle circle overhead zeroing in on its prey, listening to a rendition of Hum Dekhenge on the earphone, when a few masked lads jumped in front of me. One was carrying a hockey stick, another a cricket bat (Gosh, if the country had taken to baseball!) and the third was twirling that Make in India instrument of menace from the 80’s south Indian films, a cycle chain. “Are you from the tukde tukde gang or the Khan Market gang?” they barked the question. There was no NOTA button.  As I mulled over the answer, the hockey stick thrust his chest forward, looked heavenward and yelled: “Hum leke rehenge azaadi.” He seemed to be a recent convert to ABVP from SFI. Cycle chain gave him a killer look and he quickly corrected himself: “Desh ke gaddaron ko, goli maaron saalon ko.” For such a pre-meditated attack the slogan didn’t even rhyme. They could have at least consulted Kumar Vishwas or Prasoon Joshi for better lines.

I quietly put my hands into the pockets of my Modi jacket and speed dialed the police helpline which I had saved exactly for a situation like this. But the call was automatically diverted to the Spinal Injury Centre. As they slowly started swinging the stick, bat and chain and advancing towards me, I was about to answer Khan Market Gang to their question, as I was at least familiar with the area where even strays strut around in designer coats and guavas are sold for Rs 300 a kilo, I saw three constables coming towards us. I thanked Ram Lalla, Dabanng 3 will now dishqyoon the miscreants (ouch, what a word), and I could go to the next on my playlist, Aur bhi dukh hain zamaane mein mohabbat ke siva.

But the cops only gave brand new lathis to the, ugh, miscreants as they had apparently noticed the cricket bat’s handle had come loose and the cycle chain had lost a rivet when the goons had swung them at the students and professors near Sabarmati dhaba. The, eeks, miscreants gave the cops high fives, handed over their worn weapons and the constables left the field like the 12th man during a drinks break.

Now the, oops, miscreants turned towards me with new menace, “You Urban Naxal, go to Pakistan,” they snarled, mixing their metaphors. This wasn’t the occasion to tell them I had applied thrice to go to the Karachi Litfest but was denied visa each time. Suddenly the lights went off inside the campus, the cloud came over the moon, the trees started swaying like dervishes. I could see a tall, lean figure coming towards us through the fog. I was saved, it seemed like the VC, now better sense will prevail. But a shiver ran down my, well, vertebrae as the figure spoke in a halting baritone exactly like La Bete in La Belle et La Bete “I-am-not-the-VC. I-am-the Professor-of-Bhoot-Pret.”