Barack, Why You No Say Birthday MuBarack To Modi?

One influential leader who did not wish him is US President Barack Obama which is surprising after all the public display of love the last time Obama visited. 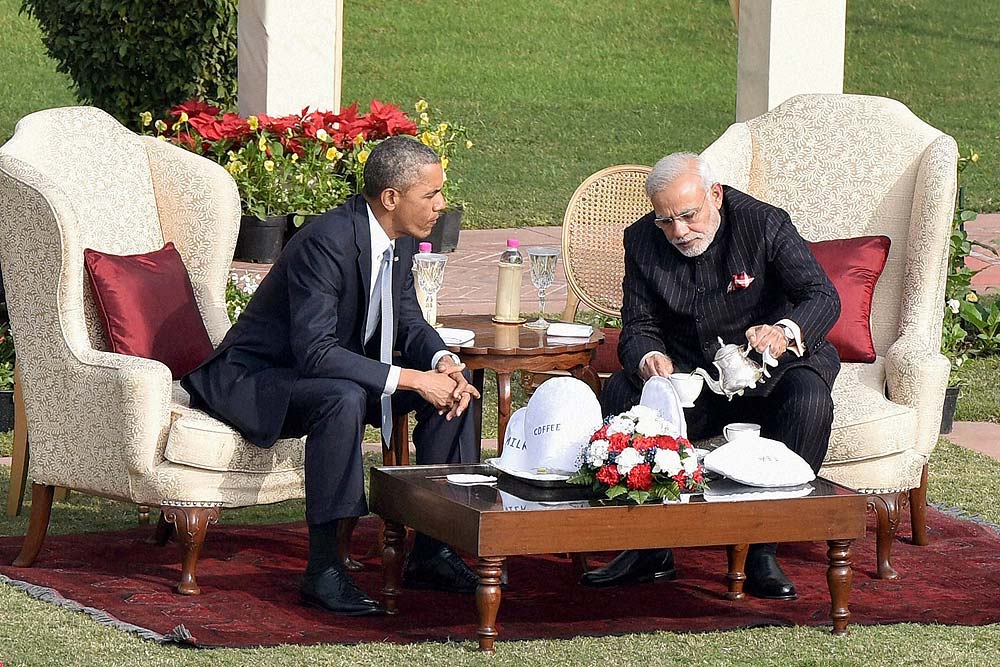 Earlier this year on his visit to India, Obama had made a strong pitch for religious tolerance in the country at Delhi's Siri Fort. A few days later though, he invoked India again in his speech at the White House, saying "acts of intolerance (in India) would have shocked Gandhiji."

Modi's alleged association with the Hindu-Muslim riots in Gujarat during his term as Chief Minister has clearly left US wary and it seems that even copious doses of bromance and well-choreographed chai pouring has not managed to alter Obama's perception.

Modi is all set to travel to the US for the 70th session of the United Nations General Assembly starting this September 28. What might be fun to observe though is the chemistry between Obama and Modi when their paths cross. Watch out for the sparks.

What man, Obama! Put birthday reminders on your phone!