The trade in toddy is the preserve of the Passis, a Dalit community. 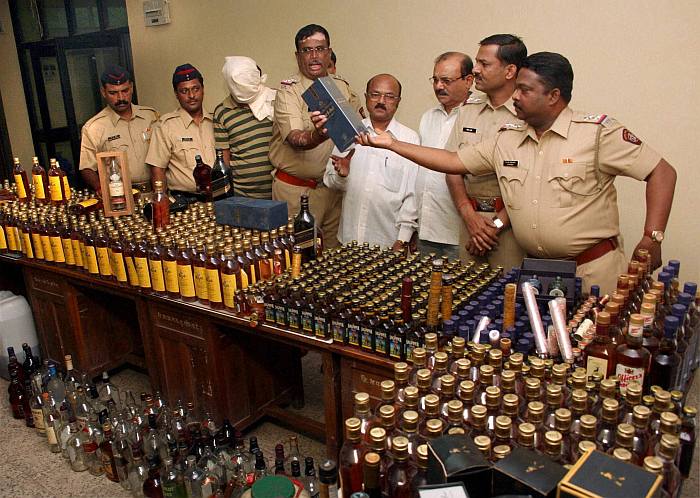 For a change, this is discrimination in favour of Dalits in Bihar. Thanks to Chief Minister Nitish Kumar, who is championing prohibition but is limiting it to country liquor.

Not only is the ban on consumption and sale of liquor enforced with an iron fist, the new law—Bihar Prohibition and Excise Act, 2016—makes all adult family members responsible and liable for consumption and possession of liquor by any one of them in their home.

So, it is quite possible in an undivided Hindu family, which is still a reality in many parts of Bihar, that if an adult or a minor manages to smuggle in a bottle of rum or any other alcoholic beverage, and if that bottle is found, the culprit’s father, mother, brother, sister, grandparents, cousins, uncles and aunts, every major residing in that house will be sent to jail. To make the whole thing scarier, the offence is non-bailable. The fate of those arrested will be decided by special courts set up for Excise Act cases. Draconian is the word used to describe this legislation and the people targeted are mostly the common poor people.

Unveiled in April this year, prohibition on country liquor was soon extended to Indian Made Foreign Liquor. This correspondent travelled to Bihar to realise that liquor is available for 10 times the MRP. Many bars have sprung up in Uttar Pradesh and Jharkhand along their borders with Bihar and the neighbouring states’ exchequers have seen an upsurge at the cost of Bihar.

Perhaps that explains why Nitish Kumar travelled to UP and Jharkhand, held rallies and demanded a similar prohibition. If he had his way, it would be extended pan-India.

But there’s a notable exception. Toddy—locally called tadi—a natural drink from the palm tree. Consumption and sale of toddy is permitted 100 to 200 metres away from the markets and public places. The move is brokered by the Nitish’s ally RJD, the party with 80 seats in the Assembly.

The reason: the toddy trade is the main livelihood for Scheduled Caste communities, particular the Passi. RJD chief Laloo Prasad Yadav is in no mood to antagonise a community that has come out in big numbers to support RJD in last year’s assembly elections.

This, notable exception, was on the cards. His elder son, health minister Tej Pratap Yadav, had made it clear in May that the exemption to toddy was still being discussed and no decision has been taken as yet. He was supportive of a total ban on nasha (intoxication) which included tobacco as well, though previous CM Jitan Ram Manjhi had banned tobacco but never enforced it.