BJP And Trinamool Play NRC With Bengal As Goal

The NRC was like a carrot and stick for Bengali Hindus because after Assam, Bengal probably has the highest concentration of “illegal immigrants” from Bangladesh. 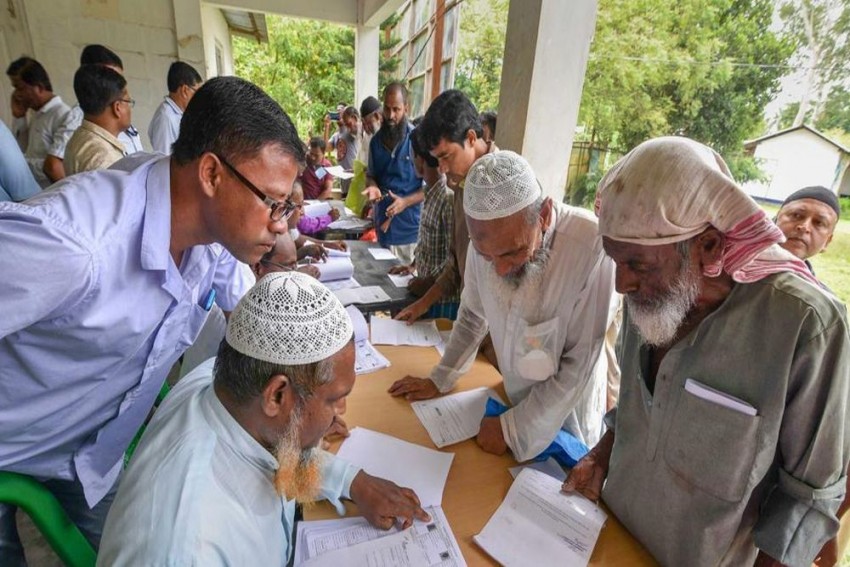 In Bengal, political parties have traditionally relied on the Muslim vote, which constitutes nearly 30 per cent of the electorate.
File Photo: PTI
Dola Mitra August 09, 2018 00:00 IST BJP And Trinamool Play NRC With Bengal As Goal 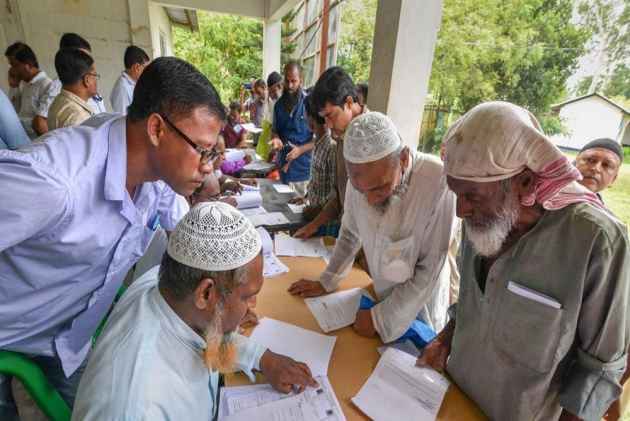 The National Register of Citizens (NRC), an exercise to identify foreigners in Assam, is quite likely become the focal point of the 2019 parliamentary elections vis-à-vis West Bengal where the BJP is jousting to oust the ruling Trinamool Congress.

Reactions of opposition political parties to the NRC final draft and its fallout, after it left out four million people from the list, indicate that they are in two minds—whether to claim credit for the effort that promises to identify illegal immigrants or to keep off it given the uproar it had generated. Congress president Rahul Gandhi and his party says the idea for updating the NRC was initiated during its rule, but it denounces the “hurried” way it was carried out. The guarded approach is probably because the Supreme Court is monitoring the massive effort to revise the citizens’ rolls and any comment, even a subtle criticism, might attract contempt of court.

At the root of this dichotomy lies the question whether the NRC is good or bad as far as voters are concerned. “The truth is we all wanted the NRC,” Afrida Hussain, a Guwahati-based journalist says. “We, genuine Assamese Muslims, were sick and tired of us being confused with those who infiltrated the country from across the border. We wanted the official separation.”

When the NRC final draft was declared, Hussain found her entire family on the list—but for her 10-year-old son. “We are not worried because we have legal documents to prove he is a bonafide citizen and we will have it corrected. But it has psychologically destroyed my child,” she says. “He keeps asking questions and I have no answers. He demanded, ‘How is that you are on the list and I’m not?’”

The Hussains and several families, both Muslims and Hindus, have somebody or the other “missing” on the list. They who wanted the NRC in the first place are now questioning it. Or, at least the process used in the making of the list. “There are too many mistakes,” Hussain says. “There are many Assamese in the 40 lakh declared illegal.”

The “inefficient” implementation could cost the BJP dear. What it envisaged as a move that would benefit the party—clearly supported by the majority Assamese Hindus and Muslims—may backfire in the next elections. It is not in Assam that the BJP is likely to face the harshest punishment for the alleged “faults” in the NRC. The party should brace for the worse in neighboring Bengal.

In the 2019 general elections, the main opposition to the Trinamool was so far the BJP. The NRC drafts declared in phases in Assam coincided with the party’s aggressive campaign in Bengal to try and consolidate Hindu votes.

In Bengal, political parties have traditionally relied on the Muslim vote, which constitutes nearly 30 per cent of the electorate. “Consolidating the Muslim vote has always been the surefire way of winning elections in the state,” points out BJP leader Chandra Kumar Bose. “The community’s votes are rarely divided as it speaks in one voice and as long as political parties had the security of this share they had nothing much to worry about.” This is why the Left and Trinamool governments, from the past and the present, have been engaged in what political commentators called “appeasement” of this community.

Moves such as chasing out Bangladeshi feminist-author Taslima Nasrin from Bengal were allegedly acts of appeasement during the CPM rule. Similarly, Mamata’s monthly stipend to Imams is considered a sop to humour Muslim elders, though the Trinamool says the monetary assistance is meant to uplift the community.

Whatever the case, the BJP’s attempts to make inroads into Bengal have been elusive so far because it has not managed to gain the Muslim vote. The BJP fielded Islamic candidates in Muslim-dominated areas in north Bengal in the 2016 state elections. The party vote-share went up, but it won only three assembly seats. Given the poor result, the BJP changed its tack and party insiders reveal that the plan now is to do what has so far been “the unthinkable” in Bengal—consolidate the Hindu vote. “Hindus traditionally never voted as a block in this state,” says a BJP leader. “Here they did not vote on religious lines and the votes were divided between separate political parties on different issues.”

The NRC was like a carrot and stick for Bengali Hindus because after Assam, Bengal probably has the highest concentration of “illegal immigrants” from Bangladesh. “It has been a common allegation against subsequent governments that the porous border between West Bengal and Bangladesh is used for the purpose of importing voters for quid pro quo benefits,” explains Bengal political expert Tarun Ganguly. The BJP’s attempt to seal the border and introduce the NRC was considered a promise worth voting for.

But the post-NRC chaos has rattled the state, both its political class and its citizens. Chief minister Mamata Banerjee, whose MPs and leaders were prevented from travelling to certain areas in Assam to protest against the NRC, has launched an open battle against the BJP over the citizens’ list in Assam. Public demonstrations and street rallies were held in Calcutta, where the Trinamool observed a Black Day.

For Mamata, the NRC has become a political tool to counter the BJP in the state. She is consolidating, or rather re-consolidating the Muslim vote, by speaking out against the NRC as a humanitarian crisis. The BJP, she points out, has not come up with an effective alternative plan for the rehabilitation of the four million refugees, mostly Bengali Muslims. Where will they go? Who will give them shelter? What will they eat? What if they fall ill, will they get medical help? What about the children, their education?

At the same time she expressed concerns that the “blacklisted” could try to move into her own state and she fears a complete law and order breakdown if that happens. She posted police’s intelligence at the border with Assam and the detectives are reportedly keeping a close watch on possible “infiltration”. The move is significant as it reassures the majority–read Hindus–of the state. And clearly the NRC is being used by Mamata to consolidate both Muslim and the Hindu votes.

If the BJP is trying to project the NRC in Assam as a way to win over the Hindus of Bengal, Mamata seems to have got there first. But only 2019 will tell whether the NRC favoured the BJP or the Trinamool profited from it.

Why Railways Claims Tribunals Should Be Shut Down