Bihar chief minister Nitish Kumar, who also happens to be the party president, has been the ubiquitous face and the fortune of his party ever since he led NDA to victory against Laloo Prasad’s RJD. 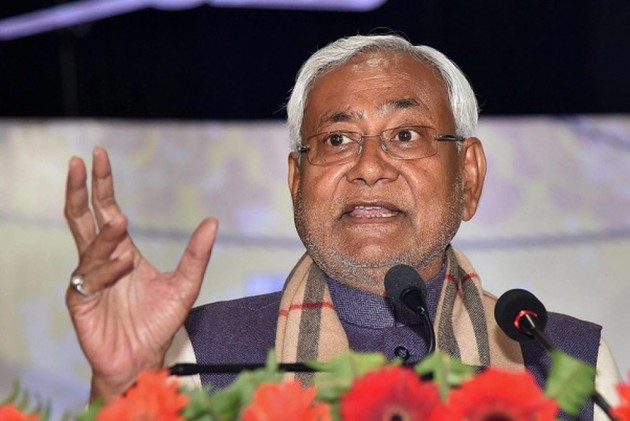 The Janata Dal-United (JD-U), the only party to remain in power without interruption in Bihar since 2005, faced an eminently avoidable situation earlier this week when Dr Barun Kumar, its candidate from the Sitamarhi constituency, chose to stand down even before the Lok Sabha elections got underway.

The party had to hurriedly look for a last-minute replacement before it roped in a former BJP minister Sunil Kumar Pintu to wriggle out of the situation.

It’s surprising, to say the least, considering the fact that JD-U has been in the saddle in the state for nearly a decade and a half under Nitish Kumar’s leadership. A ticket of the ruling party is highly coveted and nobody throws it away without a reason. Whatever is the real reason behind Barun’s decision to retreat from the battleground, it again underlines one thing: an acute dearth of the second line leaders in the party.

The chief minister, who also happens to be the party president, has been the ubiquitous face and the fortune of his party ever since he led NDA to victory against Laloo Prasad’s RJD. Since the 2017 exit of Sharad Yadav, who is contesting the parliamentary polls this time on an RJD ticket from Madhepura, no other party leader from his organisation has come anywhere close to his stature and popularity.

For the record, the JD-U, in keeping with the true socialist traditions, does not claim to be a one-man party. Far from it, it takes great pride in being an adherent to the best of democratic traditions, looks down upon dynastic politics and nurtures its grassroots workers to help them climb up the hierarchical ladder. In fact, Kaushlendra, its two-term MP from Nalanda has risen from the panchayat level and is again in the fray from the same constituency, aspiring for a hat-trick of wins. And yet, the party appears to be running short of able leaders. It probably explains why the organisation had to import a candidate from its saffron ally in Sitamarhi.

This incident pretty much sums up the ground realities within the JD-U, where no leader other than Nitish matters within or outside the organisation. In recent years, all the party candidates have had to rely on Nitish’s charisma to lure the voters both in the parliamentary and the assembly polls. Some of them may have spent years in politics, fought many an election and claimed to have a large number of supporters, but the fact remains that their individual contributions have not been worth writing home about as far as poll results are concerned. It’s invariably Nitish’s name and image that earn them votes.

The JD-U does not appear to be apologetic about its one-man show, though. Why should it be? Election after election, Brand Nitish has propelled it to power in Bihar. Even in 2015 assembly elections, when his party was part of a grand alliance with the RJD and the Congress, he was the pivot around which the Mahagathbandhan’s campaign wheel revolved. A promotional song of the grand alliance, “Bihar mein bahaar ho, Nitishey Kumar ho (Let Bihar prosper under none but Nitish)” in that election underscored the indispensability of the 67-year-old satrap from Nalanda.

All these years, his ability to work for inclusive growth, insulate himself from divisive and communal politics regardless of who his alliance partners are, and a sharp understanding of the ground realities of the caste-ridden politics have all consolidated his position over the years.

Even though his detractors have often accused him of being an autocrat, and blame him for the exit of leaders like Sharad and the late Digvijay Singh from the party, it is primarily on account of the Nitish factor that the BJP top brass did not bat an eyelid in sharing an equal number of Lok Sabha seats (17) with his party in this election in Bihar, notwithstanding the fact that it had won only two seats on its own in 2014. However, JD-U’s vote share was more than 15 per cent even in the Modi wave. One of the reasons behind its debacle at the time was said to be the absence of strong candidates.

This time also, the list of party candidates does not carry the name of any mass leader. As always, most of them would apparently hope to make it to the 17th Lok Sabha by virtue of being Nitish’s candidates, just the way a relatively unknown candidate Kaushlendra did in Nalanda 2009.

Significantly, the JD-U is now in alliance with the BJP and Ram Vilas Paswan’s Lok Janshakti Party. Together, these three parties had polled more than 51 per cent votes in the last elections. They would obviously hope to repeat their performances. Based on the 2014 statistics, the NDA has a reason to assume that their alliance shall remain unbeatable in 2019. But the basic difference between this election and that election is that the latest contest is set to be bipolar in most constituencies (with some exceptions like Begusarai and Madhepura) -- unlike 2014 when it turned out to be a triangular one with BJP, JD-U and RJD leading different alliances.

Usually, in direct contests, candidates’ image, work, ability, public perception and support base count a lot. But in case of JD-U, the candidates will have to rely on the sheer magic of “Nitishey Kumar” more than any of these factors to pass muster with the electorate. As they say in sports, the skipper will get all the bouquets or the brickbats, whichever come his way, irrespective of how an individual player performs.