As one who always spoke up for more powers and autonomy for the states, Karunanidhi felt that one symbolic act of such autonomy would be for Chief Ministers to hoist the tricolour on I-Day. 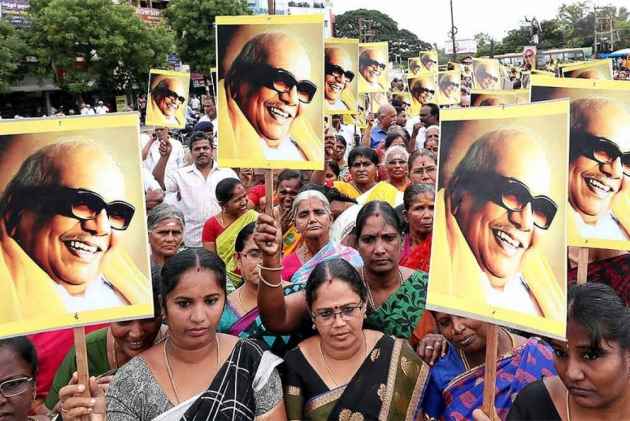 When Chief Ministers across India unfurl the national flag on August 15, they have one person to thank for getting the privilege – former Tamil Nadu Chief Minister M. Karunanidhi.

As one who always spoke up for more powers and autonomy for the states, Karunanidhi felt that one symbolic act of such autonomy would be for Chief Ministers to hoist the tricolour on I-Day. After all, the Prime Minister has enjoyed such a privilege by unfurling the flag at the Red Fort on August 15since 1947. But in the states the Governor unfurled the flag on the occasions of Independence Day and Republic Day.

So in Feb 1974, as Chief Minister of Tamil Nadu Karunanidhi, wrote to the then Prime Minister Indira Gandhi that Chief Ministers should have the opportunity to unfurl the flag on I-Day leaving the privilege to Governor on R-Day. Accepting the suggestion and the logic behind it, the Centre issued a communication stating that in state capitals, Governors would hoist the flag on Republic Day and Chief Ministers on Independence Day.

Subsequently Karunanidhi unfurled the national flag from the ramparts of Fort St. George on Aug 15, 1974. He then went on to unfurl the tricolour as Chief Minister thirteen more times. In 2009 and 2010 he unfurled it sitting in a wheelchair.

Since the national flag flutters atop a 110 feet mast in front of St. George, the seat of power in Chennai, unfurling it poses a huge physical challenge. Only a specially trained army jawan, who is strong enough and trained to give the thick 100 plus feet long rope a powerful jerk and unfurl the flag knotted at the top, actually performs the onerous task. Usually Chief Ministers are expected only to give the rope a gentle ceremonial tug after which the muscular soldier takes charge.

But M.G. Ramachandran after becoming the Chief Minister for the first time in 1977 was not aware of this technique. Though physically fit due to a strict exercise regimen, MGR did not expect the flag to be such a tough challenge, having handled dozens of villains on the screen. But when he grabbed the rope and tried to yank it he found no response at the other end. So he pulled harder with still no effect. At one stage he was pulling so hard that his face was flushed red and he was even squatting with his dhoti being wind-blown by a gust of sea breeze, exposing his fair legs. Finally, to avoid any further embarrassment to the dignitary, an army officer stepped forward took the rope and handed it over to the waiting jawan, who accomplished the job with a single expert tug.

In 2016, a few months before her death, Jayalalithaa could not even walk on the ramp leading to the base of the flag mast. Unlike Karunanidhi, she refused to be wheeled on a wheelchair. So a special hydraulic lift was placed behind the raised platform that slowly elevated the Chief Minister like a lift. To keep this arrangement hidden from the prying eyes of the media, the lift was covered on all sides with enclosures and access to photographers and videographers, except those from the government, was curtailed. During the last I-Day though present Chief Minister in Feb 2017Edappadi E. Palaniswami climbed the stairs to the ramparts to unfurl the flag.