Ease Of Living: Why Bangalore Fails To Keep Pace With Its Growth

The Ease of Living ranking was intended to prod cities to a data-driven approach to urban planning and promote healthy competition among cities. 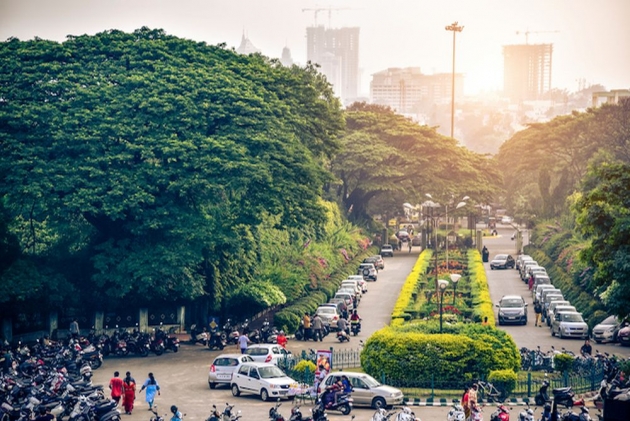 Eighteen years ago when Y2K was the buzzword, Bangalore and Hyderabad were peers -- two cities vying for the Software Capital tag. That was the cusp of the tech boom and both cities, somewhat similar in size and population, were heading for rapid growth. In the years since, their populations have doubled -- officially (2011 census), Hyderabad with 7 million and Bangalore at 8.4 million.

But last week's Ease of Living Ranking by the Urban Development ministry would suggest that Bangalore now has more in common with Delhi than any of its peers, going by their low scores. Of course, you can argue they aren't comparable in many aspects -- for instance, Delhi (National Capital Territory, actually) at 1484 square kilometres is twice as large as Bangalore (706 square km) in area and has a population of 11.3 million. Yet, both cities are level-pegging on most of the 15 parameters that the survey took into account. Surprisingly, both scored low marks on the economic indicators. For this, the Ease of Living Index considered consumer markets, human capital and resources, real-estate activities and the informal economy including street vendors. That's contrary to common perception considering migration patterns in recent years -- if it weren't about livelihood why are so many people going to these cities, many ask. Ironic also because Bangalore has stayed a boomtown in many ways -- first with IT and then start-ups -- and it is usually placed high when it comes to office space creation and residential real estate sales.

For the record, Greater Mumbai too fared badly on the economy part. But not so on other parameters. By definition, Greater Mumbai is smaller in area than both Delhi and Bangalore but packs in more people than either, with a population of 12.4 million. It ranked third overall among 111 cities while Bangalore is at 58 and Delhi at 65.

"Livability across the country is quite low, right. Therefore, these rankings, at best, are relative...how we compare one Indian town or city to another," says Bangalore-based urban affairs expert Ashwin Mahesh. "By really good standards of livability, if you applied them globally, every city is well below where it needs to be," he says. Part of the reason for that, Mahesh reckons, is governance structures don't allow cities to control their own destinies. By that measure, these rankings, he adds, don't serve many purposes.

The Ease of Living ranking was intended to prod cities to a data-driven approach to urban planning and promote healthy competition among cities. But many civic activists in Bangalore aren't convinced about the city's low ranking even while they agree the southern city is grappling with a lot of problems. Indeed, Bangalore's civic woes and urban future have been discussed endlessly -- in 2016, a research study said the city would be unlivable in a few years' time, especially from the perspective of how poorly it managed its water. Over the past few years, there's been an ongoing debate about bifurcating the municipal body to manage things better, controversies over flyover projects and tussles between various interests groups over the way ahead. "You cannot have an urban sprawl extending indefinitely," notes architect Naresh Narasimhan who argues that ramping up the suburban rail and other forms of public transport need to be prioritised.

"Certainly, Bangalore has not been able to keep pace with its growth. We have not created a single kilometre of major roads in the last so many years," says R K Misra, a member of the citizens' group Bangalore Political Action Committee. "I welcome the (Ease of Living ranking) initiative because at least now cities, whether they like it or not, are forced to consider there is a concept of ranking for cleanliness and now this index," he tells Outlook. But he's sceptical about some of the parameters that went into them. "Which other Indian city has about 20 kilometres of continuous footpaths in its central business district," he asks. "In terms of walkability, Bangalore is the best in the country now," he asserts. In the same vein, he points to the city's bus service which, even while average speeds are coming down because of the traffic-choked roads, still ferries about 4.5 million passengers daily. Inaccuracies in perception about the city abound, he believes. "A lot needs to improve but a lot of it is also perception," he says.