All stakeholders in the movie business have to devise ways and plans carefully, and create a new ecosystem to stay afloat in the tough times ahead after the heavy loss they suffered due to the coronavirus outbreak 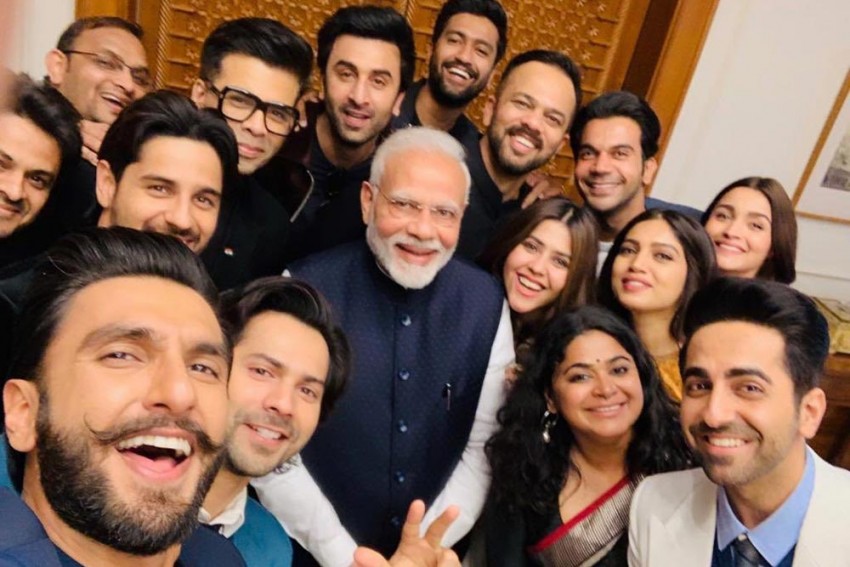 When megastar Shah Rukh Khan chose to collaborate with the famous indie film-maker Manish Mundra to release Drishyam Films’ Kaamyaab in early March this year, he may not have thought that he was providing a veritable template for survival to Bollywood in the days ahead.

As of now, the world’s largest industry remains shut owing to the outbreak of the deadly virus and an uncertain future stares it in its face. Everything has come to a standstill – shootings have been cancelled, studios and theatres closed and the stars, willy-nilly, confined to their homes.

Everybody is hoping against hope that the three-week lockdown enforced by the Centre would be lifted after April 14, though nobody appears to be sure about it at the moment. Also, there are apprehensions that the theatres may not reopen immediately after the lockdown is revoked elsewhere. Whatever happens, Bollywood needs to overhaul its ecosystem to deal with the unprecedented crisis arising out of the Covid-19 outbreak.

How Coronavirus Pandemic Will Impact The Economy -- And You

Industry experts fear that the audiences may not start thronging back to the theatres due to the lurking threat of the contagion and restoration of normal business would remain the primary concern in the near future. It is indeed a big worry. Bollywood, therefore, needs to brace itself quickly for the multiple challenges it is likely to face in the weeks to come.

Its biggest challenge will undoubtedly be the release of lavishly-mounted superstar-driven projects, which depend a lot on regular box office returns. Any movie featuring the likes of Salman Khan, Aamir Khan, Shah Rukh Khan or Akshay Kumar et al requires humongous collections in the first weekend itself and any adverse result due to absence of the crowds in the theatres will further hit the industry hard. Hence, the makers of such movies would obviously like to wait for the situation to return to normal instead of rushing their releases immediately after the lockdown is lifted. But how long can they put the release of their films on hold remains a moot point.

In comparison, films made on relatively low or reasonable budgets will be in a better position. Since their stakes from the commercial point of view may not be high, they will find it easier to survive despite a considerable fall in the footfalls at the theatres.

The superstars, under the circumstances, would do well to slash their astronomical fee in order to make them affordable for small-budget cinema in future. For, it will have a rippling effect on just about everything related to the film trade. For example, it might prompt the producers to sell their movies at lower prices and also the multiplex owners to reduce the ticket prices to woo back the audiences.

The big stars would also do well to lend their wholehearted support to small films and promote them to the hilt to help movie economy back on tracks, as Shah Rukh did by collaborating with Mundra on Sanjay Mishra-starrer, Kaamyaab shortly before the corona scare came. One big advantage of a good movie made on affordable budget is that it can even recover its cost from the over-the-top platforms such as Netflix and Amazon. It is the only avenue which appears to have emerged unscathed out of the prevailing corona scourge. The same, however, cannot be said about a movie made on a budget of around Rs 150 crore. Such films cannot recover their costs only from the streaming networks and they need to run for a minimum of two weeks to break even or make profit.

All stakeholders in the movie business, therefore, have to devise ways and plans carefully so as to overcome the odds stacked heavily against them in future. They ought to understand the need for creating an altogether  new ecosystem if they want to stay afloat in the tough times ahead.