Covid-19 Has Dented The Music Industry, We Need A Sustainable Ecosystem To Support Musicians

As we reimagine our urban environments in a post-Covid world and start planning for economic recovery, it is perhaps time to give the music a more prominent role, writes Aranyaka Verma. 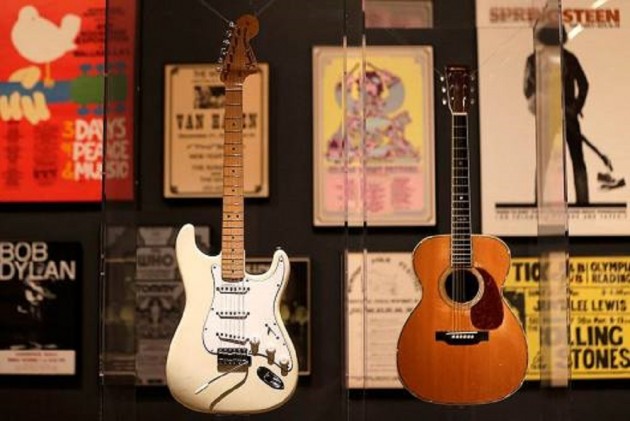 COVID-19 has changed the world we live in. The pandemic forced many to re-assess the value they ascribed to various professions. As shown by a Sunday Times survey from Singapore, a large population now views artists amongst the top non-essential workers. The paradox here is stark—stay-at-home orders led to a massive upswing in content consumption, yet the creative industries suffered heavy financial losses, especially the music industry.

Therefore, there is a need to create localised centers of excellence and exposure where independent music can flourish and more monetary value can be generated for creatives. The best part is that the potential benefits of creating “music cities” go well beyond just helping the music industry. These benefits range from improved safety in the night and better urban planning to a rise in tourism and job creation. As we reimagine our urban environments in a post-Covid world and start planning for economic recovery, it is perhaps time to give the music a more prominent role.

A Music City is a city which aims to establish a sustainable ecosystem for a music industry to thrive through public policy and urban planning. Across the globe, city/state governments have failed to realise how music can be an economic growth driver. While the most apparent sector for revenue is the live music sector, a thriving music scene can create the demand for skilled labour in all sectors that it interacts with. As a city embraces its musical identity and develops its audience, new intersectional business opportunities are created through symbiotic relationships between music and other industries.

Over the past few months, there can be no questioning the fact that arts and culture are crucial to our mental health and ability to connect with others. We need a shift in mindset to translate the essential nature of music as a commodity, back to artists. Strategies employed to do so span across the categories of audience development, music and musician-friendly policies, music tourism, education, ease of business and IP law. Given that state and city governments are pressed for resources at this time, here are some ways to start the process without breaking the treasury.

Enabling Content Creation. With social isolation in effect, music distributors reported 20-40% increase in content being uploaded. With live performance in a lurch, public funding already set aside for the same can be utilised to fund production and promote works using the pre-existing grants system. This will help generate long-term taxable intellectual property.

Genre Agnosticism in Taxing. Currently, non-indigenous and non-handmade music instruments and music production fall under a high slab. However, this move is not one rooted in the realities of the current soundscape of the country. Of the 134 Indian instruments exempt from being taxed, close to 60% are no longer in use even by Indian classical purists. Western instruments like the saxophone, violin and piano are extensively used in Indian classical and film music today. This move is not only a blow to the independent music industry inspired by western sound, but also to Indian Classical and film music. The prohibitive cost of instruments and equipment reinforces a class divide that already exists in the contemporary independent music scene. Expensive instruments pose as an insurmountable barrier to entry for the less well-off social classes when most teachers expect you to own your instrument.

Genre Agnosticism in Public Funding. Public funding and support in India is largely limited to classical and folk music in an effort to preserve these art forms. While the effort is required, there needs to be a reassessment of this model to be more successful in producing commercially viable initiatives and increase the gambit of the impact of this funding. Countries like Korea and Canada have shown how calculated harnessing of contemporary soft power can lead to increased trade and revenue.

Revamping Music Education in Schools. Most schools have Music as a subject but treat it as ancillary. The time children spend in these classes can be better utilised to teach them that their creative work has values and the systems that exist to enable that. While the industry works towards sorting out its publishing woes, basics of copyright and publishing can be introduced at the late middle school level itself.

Legitimising Nightlife. Music consumption is closely linked to the nighttime economy (NTE). Late night establishments and leisure spaces exist whether governments legitimise them or not. Over time this has led to nighttime activities being associated with a lack of safety. If city governments were to regulate nighttime activities, they could generate a significant amount of revenue for the state and make safe spaces for a music to thrive. This has already proved to be successful in cities that have made efforts to improve their NTE. Sydney’s NTE generates A$2.7 billion but takes only A$127 million to maintain. The UK’s NTE supports over 1.3 million jobs. In addition, it also becomes a driver for tourism. City or State governments should interface with business owners to come up with plans to not just revitalise, but also improve the existing nightlife of the city.

The top long-term initiative that can give a huge boost to the Indian music industry as a whole is reviving the Indian performance rights organisation. Where other countries are fighting to increase the valuation of art and standardised rates, we are struggling at step one. Setting up an active and transparent PRO will make monetisation of music easier for the major players as well as the independent musicians.

In a world with limited resources, it is extremely important to innovate and design new systems to boost the economy. Urban planning and effectively reallocating our existing resources with the arts at the center can help us achieve the multiple aims of generating employment, revenue and safer spaces whilst preserving our heritage and culture.

(The author is an artist development and marketing consultant currently based out of New York City. She has a Masters in Music Business from New York University and is passionate about the intersection of music, technology and culture.)