From Real To Reel: The Cost Of Bollywoodizing Tragedies In Instaworld

There will be time to revisit history, no matter how gory, but seldom at the expense of trampling over the present that's still smarting from its day-old burns. 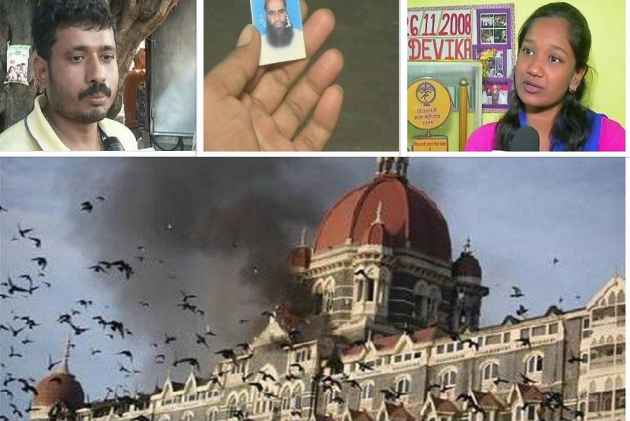 On a chilly winter night in 2008, time had come to a halt for the city that never sleeps. A reel of nightmare played out on our television screens as we watched the city of dreams, Mumbai, crumble under one of the deadliest terror attacks to have ever taken the nation hostage. As the country struggled to recover from the battlescars of 26/11, within only a month into the attacks, the ghosted hallways of the iconic Taj Palace Hotel were 'recced' by film director Ram Gopal Varma.

It was said to have been a guided tour of the decapitated hotel facilitated by then Maharashtra Chief Minister Vilasrao Deshmukh, whose son, actor Riteish Deshmukh, happened to be a close friend of the filmmaker. Then, for nearly half a decade, RGV spent his time vehemently refuting allegations of making a film on the tragedy as being the prime reason behind his unwelcome visit to the Taj, until the cat named The Attacks of 26/11 was out of the bag in 2013 to the most underwhelming critical and box-office response.

I would go so far as to say that it barely registered with the Indian audience, and perhaps, I may not even be mistaken if I said you quickly did that Google search to confirm the existence of the film. However, what it did manage to achieve, unfortunately, was reopening of old wounds that had begun to fester under the roving, intrusive, almost perverted eyes of a filmmaker looking to mint a tragedy the country was struggling to cope with.

Diplomatic Isolation Of Pakistan Or Direct Action? India's Call And Its Consequences

Cut to 2019, and the entire nation is rejoicing with a fetching soldier played by Vicky Kaushal, whose 'josh' runs high on the recreated battlefield of Uri in the blockbuster film by the same name. Nineteen Indian soldiers were killed in a pre-dawn ambush by militants on September 18, 2016. Following that, the retaliatory attacks carried out less than a fortnight later by India on militant launchpads in Pakistan-occupied-Kashmir is celebrated, and rightly so, in the silver-screen retelling of the episodes. There is, of course, little doubt about the fact that such historical snippets are worth glorifying a hundred times over. However, there seems to be a rare unanimous jury agreeing on when it's suitable to turn a tragedy into a celluloid spectacle — definitely not a day after the crisis, or perhaps even a month.

In the age of 'I post, therefore I am', where our existence is validated by social media stories documenting every movement and breath we take, the race to be the first to fictionalise the loss of real lives, whose families haven't even been given the chance to reconcile with their realities, seems cold, calculated, almost criminal.

Jingoism and chest-thumping nationalism has cast its shadows over the political discourse as the Pulwama attack, Balakot airstrikes coincide with the run-up to one of the most anticipated general elections in India. With neighbourhood tensions rising to a crescendo as the Imran Khan-led Pakistan steered clear of assuming responsibility for nursing the terror outfit Jaish-e-Mohammad in its backyard (which claimed responsibility for the attack), the Indian social media wasted no time in declaring a moral victory over Pakistan when Wing Commander Abhinandan Varthaman returned to Indian soil within two days of his capture.

Not too far away and keeping up with the speed of Instagram and Insta-coffee was Bollywood, where production houses made a beeline at the Indian Motion Pictures Producers' Association (IMMPA) office in Mumbai to book names ranging from the straight forward Pulwama and Balakot to the more creative Hindustan Hamara Hai, The Attacks of Pulwama, With Love, From India and How's the Josh.

We live in times when prime-time shouting matches have replaced 9 o'clock saans-bahu sagas; when television anchors cooped up in air-conditioned bubbles are newsbreakers, newsmakers, and tough contenders for film awards all rolled into one menacingly loud entity; when asking questions in a democracy is perceived as an anomaly, and when film dialogues become political slogans before polls. Dystopia is no longer fiction, and perhaps that is what has called our keyboard and bioscope warriors to action even before the world has received a chance to breathe.

Perhaps, it's wise to remember that there will be time to revisit history, no matter how gory, but seldom at the expense of trampling over the present that's still smarting from its day-old burns. There will be time to transform flesh-and-blood people into eulogised characters, but not at the cost of their unredeemable grief. The greatest tragedies have told the greatest stories of humanity, upholding the mettle of mankind by recreating the lost yesterday for posterity — not through the click of a button, but through the yellowing pages of time.