In Girish Karnad's Death, My Lear Has Passed Away

Girish Karnad loved discussing classical music, literature and repeatedly engaging with a crucial question 'What is it to be Indian? How can one be an Indian artist?' 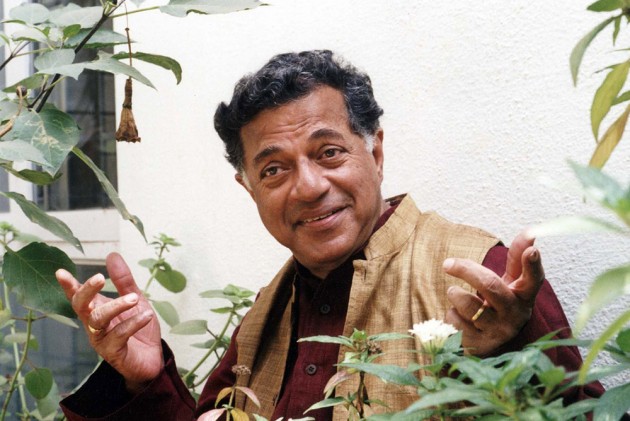 While discussing historical plays Girish Karnad would often say, “History is alive, because it links the past to today’s living moment. The historical event has long gone, but the play is right in front of you. That is always fascinating.” Today, Girish passed away from the present, but will remain etched to our history for a long time to come.

A foundational pillar of the Indian theatre revival, my introduction to Girish was through his plays – Yayati and Tughlaq (the latter made him a national icon). At the same time through our teen years, we saw this young man in parallel cinema, in Shyam Benegal’s Nishant, Manthan and Godhuli (co-directed by Karnad and Karanth) and the very literary Sarat Chandra adaptation Swami.

While writing my book on Shyam Benegal for British Film Institute, Girish recalled his early years with Shyam when he started writing scripts as well as acting. Shyam, typically generous, invited Girish to live in his downtown apartment for two years. Girish happily shared a bunk bed in the kids' room for his entire stay.

A marvellous conversationalist, Girish loved his adda over good wine and food. But these exchanges were learning experiences-- the humorous anecdotes, cross-cultural references, myths and historical tales came alive in his animated storytelling and his acute sense of history never failed to impress.

When he came to live in London as Minister of Culture, Embassy of India, Girish remained true to his effusive disposition and opened up the Nehru Centre as a dynamic space for the arts. Here, we could engage in cross-cultural conversations, learn more about translation techniques, enjoy the best of music, dance and theatre. Girish was hugely enthusiastic when we set up a film society 'In Focus' for promoting Indian cinema and even delivered some brilliant talks on Cinema and the City.

Quick to recognise talent, Girish insisted on inviting my son Soumik( who was still in school in Harrow) to present a solo sarod concert and an art exhibition at the Centre. In a quick aside, he told me,” Ah you will know the dilemma of having a multi-talented child. That’s a lot of trouble” he smiled. He loved coming home for what he called Bengali adda and stayed on till late hours discussing classical music, literature and repeatedly engaging with a crucial question “What is it to be Indian? How can one be an Indian artist?”

Perhaps it was this sense of linking history to the present moment that inspired me to write a present-day adaptation of Shakespeare’s King Lear for my feature Life Goes On. And who better to play my Lear but Girish himself? As he slipped into the skin of my protagonist Sanjay Banerjee, we started a journey of brilliant interaction and collaboration. What joy it was to be able to discuss Shakespeare, Gandhi, Tagore, Jibanananda--all in one expanded breath. A man of infinite knowledge, Girish wore his wisdom light and thus started the memorable bonding with Om Puri (who was an FTII student when he was Dean) and the endearing engagement with the young British cast. I remember how involved both Om and Girish got, so while I was shooting a scene with Sharmila Tagore, they would be huddled under the stairs rehearsing intensively with the young actors.

Girish also had to come to Calcutta to film part of the storm scene in the ground in front of Victoria Memorial. An enduring memory for me is the late night shoot (evoking Aparnasen’s 36 Chowringhee Lane) when a real storm broke out as a drenched Girish spread his arms out and invoked the elements,

Girish was a towering renaissance man, a polymath, an erudite scholar, an impulsive actor, a man with a vision. For me, it has been a privilege getting to know him (as with Shyam Benegal, Shabana Azmi, Om Puri) who helped formulate our sense of arts and culture, indeed aesthetics. That was indeed a golden age when great minds worked, thought and collaborated.

Girish was also one of the most warm-hearted and brave people I have known, more recently under death threats from right-wing forces. Today, my Lear is gone and in these troubled times, another sane voice floats away in the ether.

In July, my film Life Goes On will light up the giant summer screens in Wembley Park. The curator tells me that the film was made much before its time and the younger audience must watch it again as it addresses issues of identity, migration and gender. Sharmila Tagore will be there. Perhaps Girish and Om will watch from someplace else.

(Sangeeta Datta is a writer, filmmaker, musician and cultural commentator working between India and UK)