Kangana Ranaut Needs To Learn From Big B, Salman Khan On Spat With Media

Anybody who is aware of the dynamics of the actor-journo ties in Bollywood will tell her that there has always been a love-hate relationship between them. 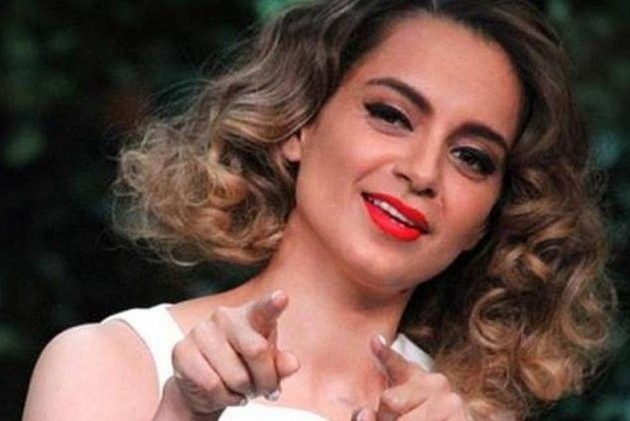 At the risk of being dismissed as ‘judgementall’, let me say this. Kangana Ranaut needs to be counselled by a wise man from Bollywood, preferably somebody she trusts (if there is one!), someone who can tell her that she does not have to launch an abusive diatribe on the film journalists, even on a section of them, if they do not like her or her films.

Anybody who is aware of the dynamics of the actor-journo ties in the film industry will tell her that there has always been a love-hate relationship between them and, willy-nilly, both have to coexist within the tinsel town ecosystem for all times to come.

It has always been like that since the inception of the Indian talkies. That’s why it came as a shock to hear Kangana hurling invective at a few film journalists, calling them all kinds of names, including ‘bikaau’ (somebody who can be easily bought off). It was highly uncalled for, to say the least, on part of a professional actress who not only claims to be the highest paid in the industry at present but has also won as many as three National Awards for her performances. Moreover, many in and outside the industry look up to her as an epitome of woman empowerment because of the way she has sought to challenge the existing patriarchal order in Bollywood in recent years.

Ekta Kapoor Apologizes For Spat With Reporter; No Statement From Kangana Yet

Entertainment Journalists To Boycott Kangana Ranaut After Spat With Reporter

Her choice of words against the film journalists on her videos, which were uploaded on her sister Rangoli’s Twitter handle, cannot be condoned regardless of whatever issues she has with them. True, controversies do not hurt a film on the eve of its release and Kangana has a big one, 'Judgementall Hai Kya' coming up soon. But she would have done well to avoid something like this because any scribe is well within his right to criticise any movie, no matter how good or bad it may be.

It all started at a promotional of her upcoming movie in Mumbai the other day, where Kangana accused a journalist of having a hidden agenda against her. Among other things, she was livid because he had apparently criticised her ambitious movie, Manikarnika: The Queen of Jhansi (2019) earlier this year. It evoked a sharp response from a guild of the entertainment journalists in Mumbai which imposed a ban on her, apart from demanding an apology from her. The 32-year-old actress, however, chose to retaliate with her two-part video offensive, all fire and brimstone.

This is, however, not the first or the last time when a film star has locked horns with a journalist. The legendary Baburao Patel of Film India fame always had a number of enemies in the industry because of his scathing remarks on film personalities, including top stars of the time. In later decades, Devyani Chaubal used to rub many actors and actresses the wrong way through her popular gossip column, ‘Frankly Speaking’ in Star & Style (since defunct) magazine.

Once, Dharmendra was accused of manhandling a Blitz reporter for allegedly having written something uncharitable about Hema Malini in the weekly tabloid. But the longest-running feud was witnessed between the reigning superstar Amitabh Bachchan and a gossip monthly, which started in the seventies and ended in the mid-1980s. But at no point of time did Bachchan utter even an uncharitable word against the magazine, which always used the term “angry middle-aged hero” in place of his name in its columns for years.

But that media boycott did not make a dent in his popularity. Far from it, some of his biggest hits came when the film media had called for his boycott. Similarly, Kangana may also not face any problem at the box office because of any media ban on her but she will have to learn to take the criticism of the film critics and reviewers in her stride. Even though she is reported to be on not-so-good terms with Salman Khan, she has to take a leaf out of his book. Instead of getting hyper over any bad review of his film, the Dabangg (2009) star says that he gets worried only when a reviewer showers fulsome praise on it. He asserts that a film critic’s opinion invariably turns out to be diametrically different from the response of the audiences who are the real arbiter of a movie's fate.

Kangana needs to inculcate that kind of humour instead of blowing her top, using objectionable words or holding a long-standing grudge against any journo who dares to write against her or her movies.