For Rajini admirers, Petta, directed by Karthik Subbaraj, a promising film maker of the last decade, hoped to break the record of previous poor releases like Linga, Kabali and Kaala. 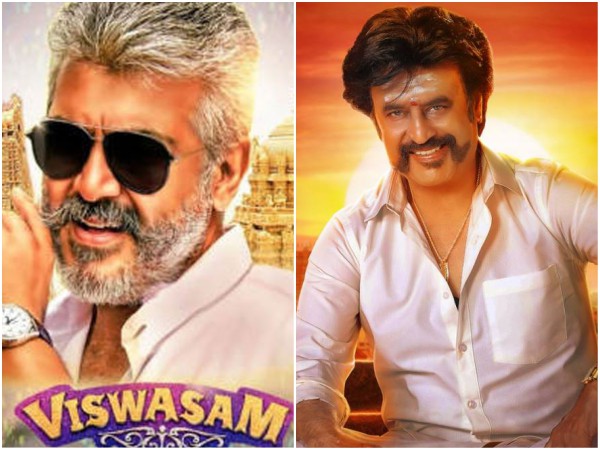 Admirers of Tamil movie actors are a separate species by themselves. For them, shackles of normal and proper behaviour imposed by the society do not exist. For them, everything is and must be in excess – their star’s larger than life image, their one punch dialogues, action sequences and more importantly the celebrations outside theatres prior to the release of their movies.

So, when the movies Petta (Area) and Viswasam (Allegiance) starring Rajinikanth and Ajith respectively, hit the screens on Thursday, there was no stopping fans in welcoming their heroes’ films with all associated festivities. Cut outs, banners, fire crackers, dance and drum troupes were the order of the day.

However, a few fans wanted to demonstrate their adulation in a more unique way. One of them named Anbarasu, a fan of Rajinikanth, married his girlfriend Kamatchi in the lobby of Woodlands theatre in Chennai just before Petta’s morning show. He had even arranged a priest to conduct the ceremony in the presence the theatre manager.

Similarly, Jothiraman, another Rajini admirer from Thanjavur town, married Usha Rani at a theatre just before the 4 am show. “I always wanted my wedding to coincide with the release of Thalaivar’s film. This is a dream come true for me, " he said. Though Tamils do not conduct weddings during the month of Margazhi, it did not deter these two men, who considered the release of a Rajini film auspicious than any other day.

For Rajini admirers, Petta, directed by Karthik Subbaraj, a promising film maker of the last decade, hoped to break the record of previous poor releases like Linga, Kabali and Kaala. These three films and the recently released “2.0” did not fit into the typical Rajinikanth formula, which disappointed his ardent fans. Since Petta appears to have quenched their thirst, pre-release celebrations seem justified.

Similarly, actor Ajith’s previous film Vivegam proved to be a dud and his fans were hoping the new release will be a hit. When few admirers tried to place a garland around a cut out of Ajith, the scaffolding gave away, causing minor injuries to a few people.

The frenzy to watch first day first show of their favourite actor’s movie also pushes few supporters to take to extreme steps. Ajith, son of a beedi worker near Katpadi in Vellore district, was angered that his father did not give him money to watch special screening of Viswasam. So, the 20-year-old poured petrol on his father and set him on fire while he was asleep.

Ajith’s neighbours rushed his father to a hospital where he is being treated for 40 per cent burns. Police have arrested Ajith.

Fans say that there is immense peer pressure to be the first one to watch their star’s movie and many of them resort to desperate measures to buy the tickets priced above Rs.400 on the first day.

A decade ago, police had to resort to force when fans of Ajith and Vijay clashed outside a theatre complex as their movies were released on the same day. After the incident, the two actors ensured that the release dates of their movies do not clash. On Thursday, though, it was “Thalaivar” (Rajinikanth) versus “Thala” (Ajith) in every multi-screen theatre complex, thankfully there was no violence.