What Is The Big Deal If Rhea Chakraborty Spent Sushant Singh Rajput’s Money?

It is illogical to raise issue with Rhea Chakraborty using Sushant Singh Rajput's credit card and spending the money on her flight tickets for a Europe trip when they were in a relationship. 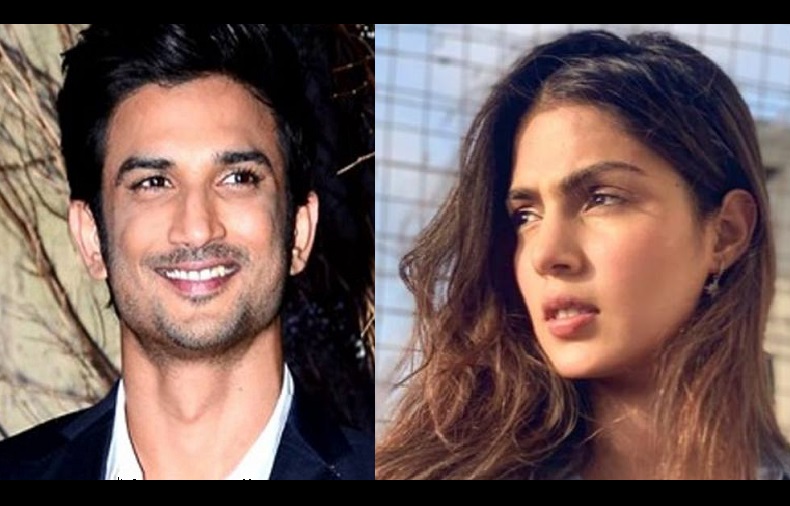 What is the big deal if Rhea Chakraborty had used Sushant Sigh Rajput’s money? They were apparently in a live-in relationship and if her partner, in this case late Sushant Singh Rajput, trusted her and thought it was okay to give his credit and debit card to her to spend according to her wish, who are we as outsiders to question it? And why should this be considered wrong?

When a couple is in a serious relationship, it is, in fact, considered wrong to say that it is ‘his money’ or ‘her money’. The right terminology is ‘our money’. Sushant had made a considerable amount of money in the film industry through his hard work. On the other hand, Rhea is still making her foothold in the industry. Calling her a 'gold digger' in this context is deplorable.

After Sushant's father filed an FIR against Rhea Chakraborty under various sections including abetment of suicide, the late actor's cousin claimed that "a huge amount of money" was transferred to her account. However, no direct transfer of money to Rhea's account was found by Mumbai police investigating Sushant's death.

Who Is Rhea Chakraborty, The Actress Booked In Sushant Singh Rajput Death Case?

People do spend money from their partner’s account, but they do not need to take permission from their partner's parents or anyone else for that. So even if she spent money earned by Sushant, why are we questioning her on this ground? If she has expensive habits, it is her boyfriend's prerogative if he wants to indulge her or not. If Sushant had no issues in handing over his credit card and account  access to his girlfriend, who are we to question it? It is a personal decision and cannot be leveraged to play the blame game and slut-shame Rhea.

Rhea says she was living with Sushant till June 8, 2020. In a live-in relationship, partners share a household the same way married couples do. Everything remains the same, except there is no court or social marriage. Married couples also have differences of opinion, and they share practically everything--both good and bad days. Whatever happens behind the closed doors of the bedroom is none of the larger society's business. We cannot point fingers at Rhea and blame her for Sushant's suicide without proper evidence or even charge her for allegedly spending his money. When a serious relationship comes to an end, it takes a lot of time to come out of it and in this case, Rhea is most possibly going through a lot of pain due to losing her partner; then why add to her sorrow?In a long live-in relationship, the woman has a status that is nearly similar to that of a wife. Even children born out of a live-in relationship have the right to inherit, according to the Supreme Court judgment in Tulsa & Ors vs. Durghatiya & Ors, 2008. But it appears that we are too quick to pass judgments when it comes to shaming a woman.

Sushant was an adult. So, if he had a bipolar disorder, as the police say, and was suffering from depression, why is Rhea being blamed for it? Unfortunately, in our society, a woman is blamed for everything that goes wrong in her life and everybody around her. If an adult man commits suicide, how his female partner is to blame for it. And if she left him, why is it considered as dumping him? Why are we calling her a gold-digger just because she had a rich boyfriend?

She says she accompanied Sushant for the visits to a psychiatrist and took care of him when he was suffering from depression. Then it is not she who is prescribing the medicines but the psychiatrist. However, without any evidence, claims are being made that she gave an overdose of drugs to him. This is yet another tactic to malign her character while she is grieving the loss of her partner and it does not help the investigation into Sushant's untimely death.