No film-maker can afford to rest on the past laurels. Sholay maker too has to reinvent himself 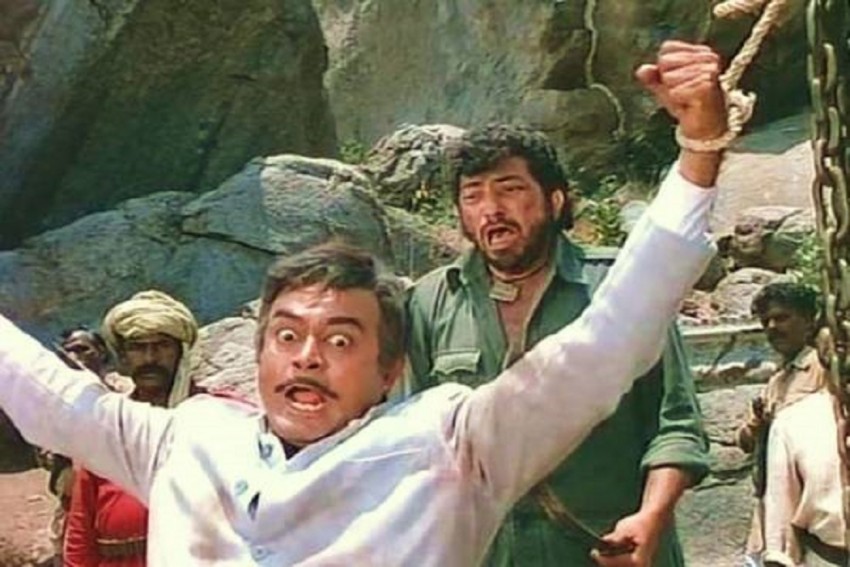 Reinventing Sholay
Giridhar Jha August 27, 2018 00:00 IST Even Sholay Maker Has To Reinvent Himself To Stay In The Reckoning 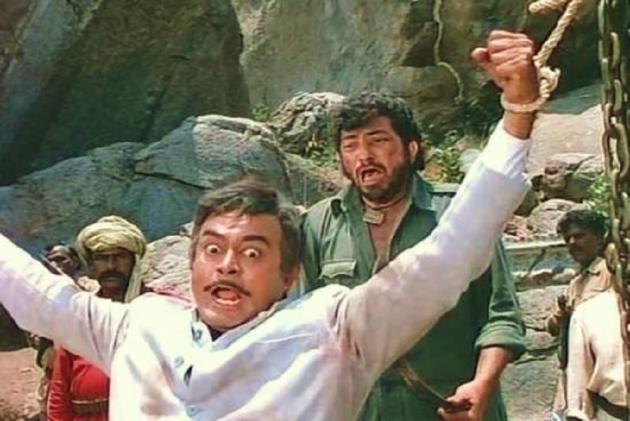 In an industry where destinies are made and unmade every Friday, no film-maker can afford to rest on the past laurels. Howsoever great, a director has to prove himself every time he comes up with a new project. The age-old adage, “you are as good as your last release” still rings true in the fickle-minded tinsel town, which does not spare even the great Raj Kapoor, or for that matter, Ramesh Sippy, the man who made the biggest blockbuster in the history of Indian cinema, Sholay (1975).

Ramesh Sippy has made two of the finest movies – Sholay and Shakti (1982) – that will ensure his place in the pantheon of the all-time great directors. But his awesome reputation has not yet helped him sell his latest directorial venture, Shimla Mirchi. A comedy starring Hema Malini and Rajkummar Rao, the movie has been lying in the cans for about three years despite being helmed by one of the outstanding auteurs. It is not known how his latest movie has shaped up but the failure of his last few ventures has certainly harmed its prospects.

Prior to Shimla Mirchi, Sippy had not directed any movie since the Shahrukh Khan-Raveena Tandon-starrer, Zamana Deewana (1995), which bombed at the box-office. His previous films, Akayla (1991), Bhrashtachar (1989) and even Sagar (1985) had also failed to set the cash boxes jingling. It may well be the reason as to why the distributors are wary of buying his new film, which stars the much sought-after Rao of the Newton (2017) fame in the lead.

Sippy, however, is not the only Bollywood greats from the past to have ensured such reversal of fortunes. Vijay Anand, arguably the sharpest writer-director of our times, faced a similar situation towards the fag end of his career when the distributors refused to buy his movies. Vijay, the maker of eternal classics such Guide (1965),Jewel Thief (1967) and Johny Mera Naam (1970), had collaborated with his elder brother Dev Anand to make Mere Tere Liye and Jaana Na Dil Se Door but he found no takers for his fresh ventures in the last decade of his career.

Vijay’s contemporary, Nasir Hussain had also made many an evergreen musical at the prime of his career, from Jab Pyar Kisise Hota Hai (1961) to Hum Kisise Kam Nahin(1977), but he, too, could not recover from the failures of Zamane Ko Dikhana Hai(1981), Manzil Manzil (1984) and Zabardast (1985) in quick succession. His young director-son, Mansoor Khan had to overhaul his banner to revive it with Qayamat Se Qayamat Tak (1988) which catapulted Aamir Khan to stardom.

Another cerebral director of his times, Raj Khosla also had a terrific run, from CID(1957) to Dostana (1980), at the box office but the failure of his ambitious Naqab(1989) ended his career on a sour note. Many other successful film-makers of his generation such as Shakti Samanta, J. Om Prakash, Pramod Chakravorty, et al who had made superhit movies at the pinnacle of their careers also found the goings tough in the Eighties. What to speak of others, even the great showman Raj Kapoor endured a painful time after the failure of Mera Naam Joker (1970). It was only after he decided to spruce up his iconic banner, R. K. Films with a breezy teenaged romance, Bobby (1973) that brought him back in the reckoning, almost from the brink of disaster.

The failure of Mera Naam Joker taught Raj Kapoor an important lesson in the nick of time that a film-maker has to constantly reinvent himself by catering to the ever-changing taste of the audiences. But everybody could not pull it off, barring an exception like Yash Chopra.

The Deewar (1975) maker managed to keep himself relevant by connecting with his audiences all through the millennial era. Even though he had a cinema-savvy son, Aditya Chopra by his side, it was quite a remarkable feat considering the fact that all his contemporaries had failed to keep in sync with the changing times and ended up taking a long walk into oblivion, regardless of their outstanding repertoire from the bygone years.