For Universal Basic Income, There Are Lessons For India From Abroad

The reality is that jobs around the world are shrinking and will continue to shrink, particularly the sort of jobs that people want. Many experts are predicting mass unemployment in most advanced economies within the next decade and a half. 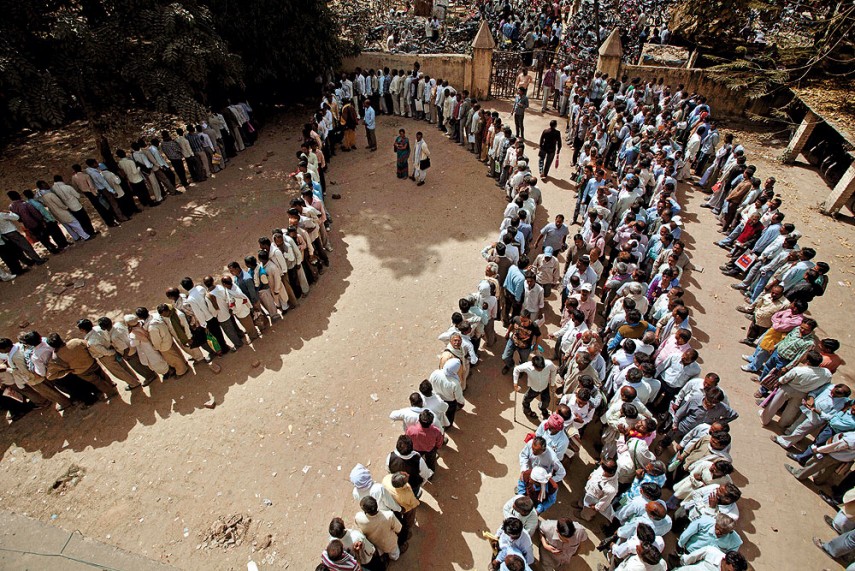 The government’s announcement of a scheme to give small farmers Rs 6,000 cash per year is seen as a brilliant move that will reap political benefit in May. The scheme, announced in the budget, comes after two other developments. First, a report that the government has suppressed which says that unemployment is at its highest in more than 45 years. Second, that the Congress president Rahul Gandhi is talking of a minimum income guarantee.

The scheme for farmers already has precedent in India. In Telangana farmers are given Rs 8,000 per acre a year. The Modi government’s scheme is for farmers who have less than 2 hectares (meaning about 5 acres). Such a farmer would already be getting Rs 40,000 if he were in Telangana.

In Odisha, all farmers get Rs 5,000 in cash. In addition, small farmers get Rs 25,000 as assistance for five seasons of sowing and each landless family gets Rs 12,500 in three phases. There are critics of both schemes, who say that they will be difficult to implement because of difficulty in targeting (how does one determine who is landless and who is a small farmer?) and obviously the lack of resource. However, it seems likely that this is something that every state government is going to emulate, particularly now that the Centre is also doing it and it is seen as politically very beneficial.

The idea that individuals cannot survive without direct cash transfers from the state is not limited to India and in fact the origins of the idea are abroad. In the United Kingdom, unemployed couples get £ 114 per week (Rs 42,000 per month) from the government. Families that don’t have a house or are living in cramped conditions are given government housing in highly subsidised Council homes. Unemployment benefits and food stamps are offered in the United States also.

In June 2016, voters in Switzerland rejected a proposal to introduce a guaranteed basic income for all, just as Rahul Gandhi is proposing. In a referendum, 77% of the Swiss voted against a scheme that would give each of them an unconditional monthly income, whether or not they had a job or any other income. Supporters of the proposal had called for each adult to be given 2,500 Swiss francs per month (Rs 1.8 lakh per month) and Swiss francs 625 (Rs 45,000 per month) for each child. The logic of the supporters of this plan was that increased automation would soon mean that there would not be many jobs available for humans in the western world. The logic of the opponents was that such a scheme would attract millions of immigrants into Switzerland. It will interest readers to know that there was little support among Swiss politicians for the idea and not a single parliamentary party came out in favour. This is quite different from India where, even though we do not have as much money as the Swiss, all the parties want to give out money in cash.

A few days ago, Finland ended a two year experiment in which 2,000 unemployed individuals between the ages of 28 and 58 were paid a monthly sum of €560 (Rs 45,000 per month). These individuals would continue to get the money even if they got a job to see what effect the guaranteed income would make. The cities of Barcelona in Spain (which has very high unemployment) and Utrecht in The Netherlands are also doing similar experiments. Across the world, from India to Europe, the idea of a Universal Basic Income is finding appeal. The left and liberals believe it can reduce poverty and inequality. The right wing sees it as a more efficient and less bureaucratic way of distributing welfare.

Prime Minister Narendra Modi came into power with the promise that he would bury schemes like the MNREGA, which he called a living monument of Manmohan Singh’s failure. But in this budget, Modi increased the allocation to MNREGA by almost 10%, showing that his views on this have changed.

The reality is that jobs around the world are shrinking and will continue to shrink, particularly the sort of jobs that people want. Many experts are predicting mass unemployment in most advanced economies within the next decade and a half. This means more and more emphasis on the universal basic income. In India, we have a more pronounced problem than the West. We are very far away from the per capita incomes of the West (the average Swiss earns 30 times more than the average Indian). And so the need to support many more people with much more money will come sooner in India than in other nations.

It does matter whether we have a genius prime minister (like the present one) or a highly trained economist respect globally (like the previous one). This is a structural problem we cannot escape and more parties will be talking about this in our upcoming election.