Despite being rapped repeatedly by the Delhi High Court, the Indian Railways has failed to submit a detailed action plan on addressing the issue contaminated water supply. 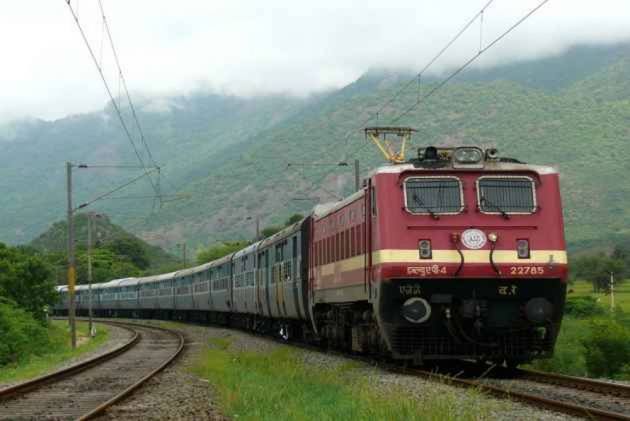 What have been the adverse outcomes of the consumption of 'contaminated' water supplied by the Indian Railways to the 2.4 crore passengers who travel on its network per day?

The shocking answer is India’s state transporter has no mechanism in place to monitor or assess the health hazards that are being inflicted on rail travellers because of the supply of bacteria-infected water.

Over past years, the Indian Railways has resisted pressures to implement the Uniform Drinking Water Quality Monitoring Protocol; persisting with its own guidelines that allow the presence of up to 10 units of Total Coliform Bacteria (TCB) as being normal. Despite being rapped repeatedly by the Delhi High Court, the Railways has failed to submit a detailed action plan on fixing the problem.

As pointed out by several recent reports, water-borne diseases such as cholera have been on the rise, with more than 5 million cases and 100,000 deaths annually being reported. It is quite likely that a percentage of people infected have been rail passengers. “Several internal committees including the Passenger Amenities Committee (PAC) have highlighted the issues in their reports. But the situation has not improved one bit during the last four-and-a-half years,” says Dr. Ashok Tripathi, former PAC member.

As it turns out, the problem is bigger in scale. Contaminated water continues to be supplied to rail colonies, while deceitful contractors have also been reportedly selling bottled water filled with bacteria-infected water. The Central Bureau of Investigation is currently probing one such case, involving a nexus between rail officials and contractors.

The upshot of the matter: While on a train travel, carry your own water.

In Railway terminology, it is called the 'flexi-fare' system and sometimes as the 'dynamic pricing' formula. Neither of the terms truly define the system that is being implemented in premium trains such as Rajdhanis, Shatabdis and Durontos. Railways officials have also claimed that the system is akin to the 'airlines formula', when ticket prices progressively increase or decrease, depending on the demand. But the flexi-scheme of the Indian Railways entails an essential difference: Ticket prices can only go up, while not coming down in any case. After the sale of the first 10 per cent of the tickets, the next 10 per cent slab of tickets under the flexi system are progressively sold at a hike of 10% each. The maximum permissible hike is 50 per cent of the base price of a ticket. As a result passenger revenues on these trains have increased, but occupancy has gone down.

On a recent journey on the Ajmer Shatabdi, a fellow passenger came out with a reasonable argument: “The coach is nearly two-thirds empty; but I had to pay three times the base price because I purchased the ticket at the last hour. Because it is resorting to such unethical means, the Railways are losing popularity as a preferred mode of travel.”

In the last fiscal, the Railways generated additional revenues totalling approximately Rs. 800 crores because of the flexi-system. But an internal survey has confirmed that while revenues are up, occupancy in these trains have decreased. This being the election year, the Railways are contemplating plans to do away with flexi system. Such is the talk in the corridors of Rail Bhawan.

After Wednesday’s train accident that caused five passenger deaths, the question begs an answer: What happened to the much talked about plans to set up an Independent Safety Regulator?

Unlike other modes of travel, the Indian Railways has continued over years to function in a triple role -- an operator, a policy-making body and as its own regulator. While the nodal ministry of the Commissioner of Rail Safety (CRS) is the Ministry of Civil Aviation, the Railways Act of 1989 empowers the Railway Board to override the recommendations of the CRS. Following each accident, therefore, a familiar pattern of events follows: A passing-the-buck game between different departments of the Indian Railways; a perfunctory inquiry by the CRS – and silence thereafter. “There are no lessons learnt by the Railways after an accident takes place. This is because the Rail officialdom is not held accountable,” admitted an official.

"Despite plans to set up an independent rail regulator since more than a decade, there is little likelihood that they will be implemented during the current NDA term,” said a senior official.