#Hellyeah! The Congress Has A Hoot Of A Hit! 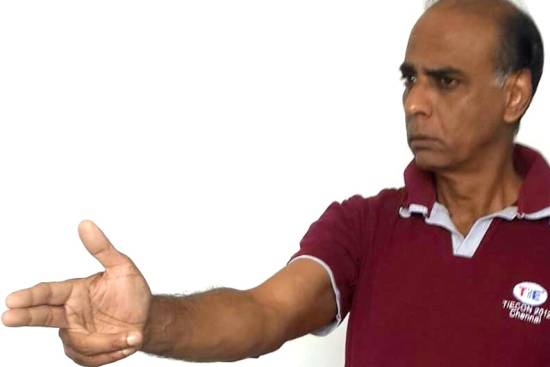 While the nation had given up wanting to hear even a word more of the 'analyses' on the MaHa results  and the BJP's stupendous performance in Maharashtra and Haryana last night, the Congress party fielded a new spokesperson, intriguingly named Americai V. Narayanan.

Informed by the same spirit of enquiry the channel is justifibaly famous for, the editor in chief of Times Now, Arnab Goswami, asked, on behalf of the nation, whether the Congress party has been punished for supporting corruption. Mr Americai responded:

"If you ask me if there has been corruption in the UPA, hell yeah!"

Hell yeah, it has not stopped trending yet.

Who, you may justifiably ask, is this Americai V. Narayanan, and why had we not heard of him before?

Well, as he informed the Times Now viewers last night, he is a "qualified CPA from the United States." As against the unqualified ones, presumably.

Now, Congress party has always had a penchant for some rather distinctive spokespeople (Renuka Chaudhury, Tom "Tweet is a very lonely man" Vadakkan, Sanjay Jha, Tehseen Poonawalla come readily to mind), and just a cursory reading of the website tells us that the TV debut on Times Now was not a flash in the pan and we are indeed dealing with someone, well, unusual:

He has kept his house name as INDIA

But this person has got America in his name (yes, he proved again he does usual things unusually).

So does the Congress have a hit once again on Twitter after #thiikhai and #Pappuinterview? #Hellyeah, they are calling it a bigger debut than that of Saurav Ganguly, Rahul Dravid, Hrithik Roshan and Arundhati Roy's Tiger Woodsian one, combined.

So much so, that even Americai V. Narayanan had the humility to tweet:

#HellYeah I thk 4 BRICKBATS & bouquets. It is a learning experience.Will be of more help if u know more abt me b4 commenting.pl see my site

That was not all, Mr Narayanan also helpfully provided a longer YouTube version of the programme, titled, quite accurately by him as: Americai V Narayanan discussed in TIMES NOW on 19-10-2014

Ladies and gentlemen, we present here only a selection for your delectation: