From time to time, the Indian Railways run a large number of Specials by using the reserve coaches stationed at rail yards. 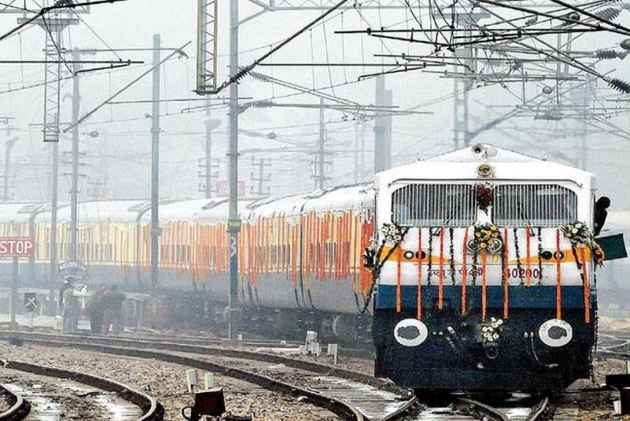 Among the worst kept secrets of the Indian Railways is this: Train punctuality has been taking a hit on account of the inexplicable and self-defeating decisions to run “Special trains”.

From time to time, the Indian Railways run a large number of Specials by using the reserve coaches stationed at rail yards. These are not time-tabled or pre-scheduled regular trains and decisions on operating these are required to be taken just a week in advance.

As passenger awareness in such matters is low, decisions on the launch of the Specials are sometimes announced just two days prior to departure. Just about a handful of officers – apart from a select group of tour agents – are privy to prior knowledge about an impending decision to run Specials on a particular route. Tour agents close to the establishment often go in for a big kill by charging hiked up fares in promise of reserved berths to passengers. Such promises normally get honoured.

But the narrative has a flip side as well. As spare coaches are not available in the rail inventory during the period that the Specials are operated, the Indian Railways are unable to meet the original purpose of using the spare coaches to ensure the timely departure of a train that has been late in arrival. Train delays, therefore, become a chronic problem.

As has often been the case, the Railways have had to cancel the departure of a scheduled or regular train in order to operate a Special train. The passenger revenues that the Railways earn from the Specials are often lost in handing out refunds to passengers booked in a scheduled train. What explains the perplexing behaviour of the Indian Railways of taking with one hand and giving out with another?

Official figures bear out the argument that Specials are bad for train punctuality. In May, when a large number of “Holiday Specials” were run, punctuality was at its worst at 58 percent. The figure improved to 65.23 percent in June (when the Specials had overcome peak capacity) and further to 69.71 percent in July.

The substantial question is this: Why must the public transporter create a situation when passengers who have booked their tickets four months in advance in a regular train are left high and dry when their trains are cancelled and a justifiable reason is not proffered?

There is partial truth in the officially stated reason that trains are delayed because sections have to be blocked to carry out track maintenance works. But if this alone was the reason, train punctuality ought not to have immediately improved after the Holiday Specials were discontinued on July 15.

The Indian Railways does suffer from huge infrastructure constraints. New Delhi and its satellite stations alone have to cope with 700 outbound and inbound trains on a daily basis. With shortage of space in yards, trains have often to be parked at platforms.  The Indian Railways will do well to build additional lines to connect New Delhi with satellite stations. Additional parking space for trains also needs to be created at peripheral stations such as Sarai Rohilla. “Such measures will help the aim of ensuring train punctuality”, a former Railway Board member said.

Good news for rail heritage enthusiasts: Conservation work will now be taken up under a separate budgetary head.

The 173-year-old Indian Railways have remained mostly negligent towards heritage conservation needs. The first train that ran the inaugural journey from Bombay to Thane and the coaches that carried the ashes of Mahatma Gandhi and Jawaharlal Nehru have been reportedly cut up and sold off as scrap. In past decades, the manual signalling systems or the hanging clocks at stations or the telephone sets or caps and uniforms worn by rail employees in the pre-partition era have mostly disappeared.

Such a state has come to pass because of the business interests of the Indian Railways to earn bigger revenues have been at cross purposes with tasks of heritage conservation. The efforts might be too little and too late, but some initiatives at rail heritage preservation have been taken in past months. “It is a landmark decision. Senior rail officials such as General Managers and DRMs will now be able to put up specific financial demands for conservation activities”, a senior ministry official said.