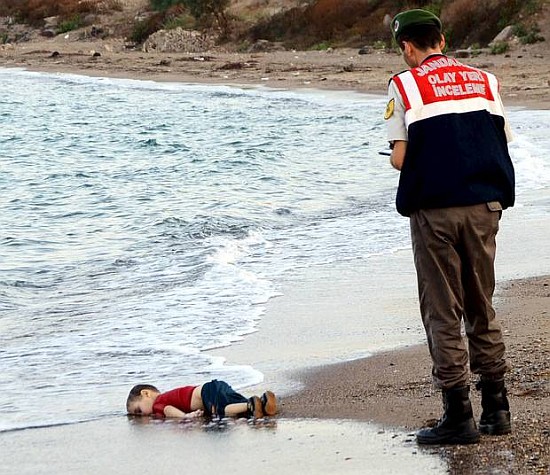 Even as European leaders increasingly try to prevent refugees from settling in the continent, a photo of a five-year-old boy has brought home the full horror of the biggest refugee crisis in living memory.

The photo taken on the morning of September 2 shows the lifeless body of a young boy lying facedown on a beach in Turkey, not far from the fashionable resort town of Bodrum.

The boy was among at least 12 Syrians who drowned attempting to reach the Greek island of Kos while trying to escape persecution at the hands of the Islamic State in their home country.

The photo is a reminder that among all this debate about the 'ongoing migrant crisis', one often forgets how desperate matters are for these people who are leaving their homes behind in search of safety. 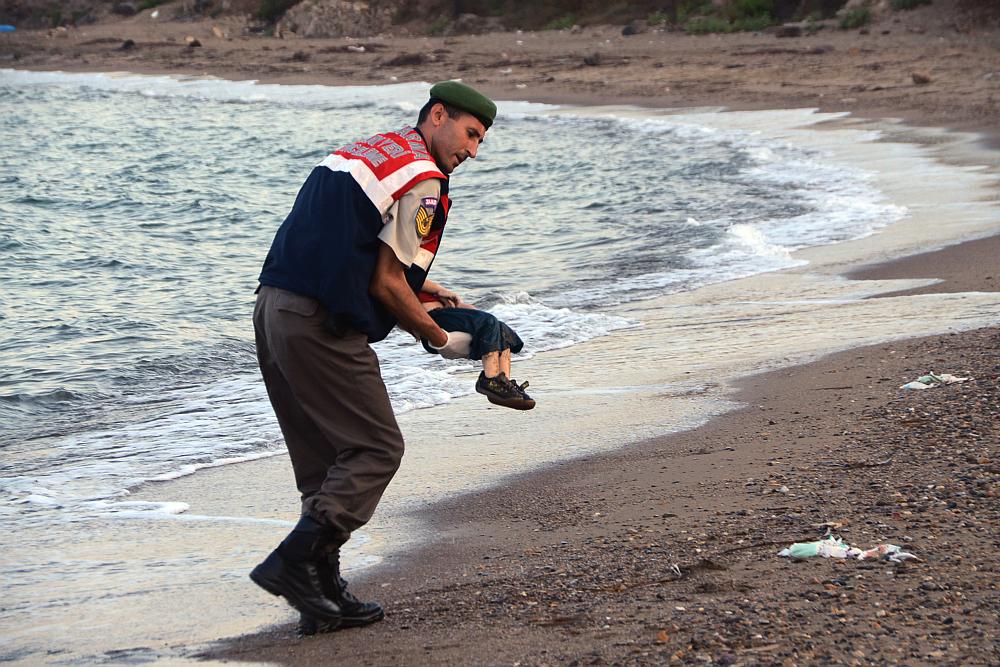 The Times of India reports:

One of the boats was carrying six Syrians when it sank after leaving Akyarlar, in a desperate attempt to cross the 5km Aegean straight to Kos that represented their best chance of entering the EU.

According to Turkey's Dogan news agency, three children and a woman from the small boat drowned. Two people survived after swimming back to shore in life jackets.

Amidst this exodus, something disturbing was reported from the Czech Republic.

According to reports in the Independent:

Czech police have reportedly begun removing refugees from trains headed to Germany, detaining migrants and numbering them in pen written on their arms.

Pictures in Czech media showed police officers writing registration numbers on the wrists and arms of migrants with permanent marker pens, while the refugees themselves told reporters they were travelling from Budapest, had purchased valid train tickets and were allowed to board by police in Hungary.

Czech police pull 200 #refugees off trains & mark them with numbers on their forearms http://t.co/SfpeOHcl0W pic.twitter.com/nuZrODd4xq

The scene is a stark reminder of how prisoners selected for work would be tattooed with serial numbers during the Holocaust.

What never stops amazing me are people who look at the Holocaust and think that it only holds lessons for Germans & Jews.

The Telegraph, UK has put together some data on the refugee crisis in Europe:

13,000: The number of migrants to have reached the Greek island of Lesbos in recent days. More than 4,000 made the trip on Saturday from the Turkish coast in rubber dinghies. The usual population of Lesbos is around 86,000

100: The number of migrants reaching Germany per hour

1.2 million: Syrian refugees being housed in Lebanon – a country 100 times smaller than Europe. The total number of refugees who have left Syria is 4.5 million. One in five people in Lebanon is a refugee.

38 per cent: The percentage of migrants from Syria

12 per cent: The percentage of migrants from Afghanistan

1 per cent: Those migrants who land in Italy and Greece who then reach Calais

300 per cent: Increase in the last three months of women as a proportion of the 3,000 migrants passing through Macedonia each day

12 per cent of those women are pregnant

350,000: The number of migrants registered in Europe since January according to the International Organisation for Migration.

Many policymakers across Europe and much of the public continue to harden their stand on the matter.

David Cameron called the migrants coming to the UK a "swarm". He also said he would not "allow people to break into our country".

Former foreign secretary of UK David Miliband urged larger countries to do more to help the refugee crisis in a veiled attack on the current policy in the UK.

Hungary has continued to build its razor-wire fence blocking off the 170km length of its border with Serbia, and on Wednesday police in Budapest blocked migrants from boarding trains to Germany for a second day running.

In the Netherlands, the government has announced a toughening of its rules that would see failed asylum-seekers cut off from food and shelter within "a few weeks" of being handed a decision.

German Chancellor, Angela Merkel has however encouraged Germans and other Europeans to recall the principles of justice and human rights that were at the heart of the response to the crisis. The New York Times quotes her:

If Europe fails on the question of refugees, if this close link with universal civil rights is broken, then it won’t be the Europe we wished for.