If Chandrayaan-2 Is Successful, India Will Grab Headlines Globally -- For A Positive Reason

On July 22, India will send its first spacecraft to the moon and will become only the fourth nation to be able to reach the moon after America, Russia and China. 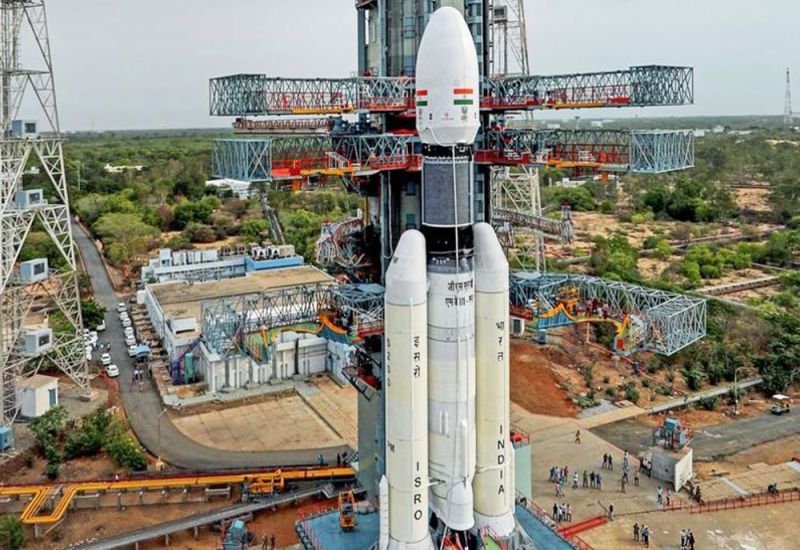 Fifty years ago, on July 24 1969, America’s Apollo 11 mission returned from the moon. Three astronauts, pilots Michael Collins and Edwin Aldrin and commander Neil Armstrong, took eight days to take off from Florida, go to the moon and come back.

On July 22, India will send its first spacecraft to the moon. It will take about seven weeks or so to land on the moon. India will become the fourth nation to be able to reach the moon, after America, Russia and China. However, this is not just a question of ability and expertise but also of priorities.

Other nations which have the technological capacity to do so, such as Germany, France, Japan and others do not have space ambitions and their governments do not believe that taxpayers' money should be spent on such things. On the issue of developing nuclear weapons, too, these nations have chosen a path that we haven't.

The reason to study the moon is that it can help us understand the development of our entire solar system. The moon is 3.5 billion years old, and its craters were formed and have remained unchanged over time because it has no environment and no other internal movement that erase its features.

The moon has recorded impact processes that have gone on throughout the entire solar system and can reveal a lot that cannot be studied or understood on earth. It was only after the Apollo missions that we discovered the moon was probably formed after a large object hit the earth.

America itself has not pursued its space ambitions much after the great 1969 moment. After Armstrong and Aldrin, another 10 Americans walked on the moon but the last mission was in 1972. In the 1980s, under President Ronald Reagan, the US developed the space shuttle programme. This was ended in 2011. Indian origin astronaut Kalpana Chawla died in the 2003 accident when the space shuttle, Columbia, disintegrated while reentering the atmosphere. This was the second disaster involving a space shuttle; the first came in the 1980s and between the two incidents, 14 lives were lost.

The end of the cold war and the collapse of the Soviet Union 30 years ago meant the large sums of money being spent on developing long-range missiles (which have much in common with space rockets) went elsewhere. US President Donald Trump recently said he will revive NASA ambitions, and that American astronauts will return to the moon by 2024.

However, the most advanced work today on space is being done by a private company, called SpaceX, run by the billionaire engineer Elon Musk. SpaceX can do things that even NASA cannot do, like recovering the rocket stages and reusing them. Another private space firm called Blue Horizon, run by Amazon owner Jeff Bezos, has also developed this capacity.

When Musk started his company around 2002, he discovered that rocket technology had not progressed for 50 years and governments were using the same systems since the 1960s. He has been developing a strategy to form a colony on Mars and given his drive, vision and commitment, he will likely achieve this ambition in significant measure.

There are two views when it comes to nations like India spending money on a space programme, and I think both are valid. The first, of course, is that a poor nation should not be spending money on fancy rockets that do not produce any particular benefit for its citizens other than national pride which one cannot eat. The other is that such missions develop scientific temperament. And particularly in a part of the world where the government tells people what not to eat and what slogans to shout and not shout, it is beneficial to develop a mentality that is science-driven and therefore open-minded.

That is possibly why the space programme has always had support from all sides of the political divide. India’s lunar mission that will launch tomorrow was approved by Manmohan Singh in 2008, and if it is successful tomorrow, the Chandrayaan-2 will remain operational for a year. The rocket that will launch the mission is the GSLV-III. It will have about a fourth as much thrust as the Saturn V rocket that took Armstrong to the moon.

The satellite weighs 3.8 tons and will position itself in a circular orbit100 kilometres above the moon's surface. The mission's orbiter, lander and rover have all been developed by our Indian Space Research Organization. The lander named Vikram after the founder the Indian space program Vikram Sarabhai, will separate from the orbiter and gently land on the moon's surface near its the South Pole. A robotic rover named Pragyan will then spend 14 days collecting mineral and chemical samples to examine the composition of the moon's surface.

If Chandrayaan-2 is successful, India will take the headlines around the world, and this time for a positive story.