If Women Run India, It Will Become A Member Of UNSC: Tarek Fatah 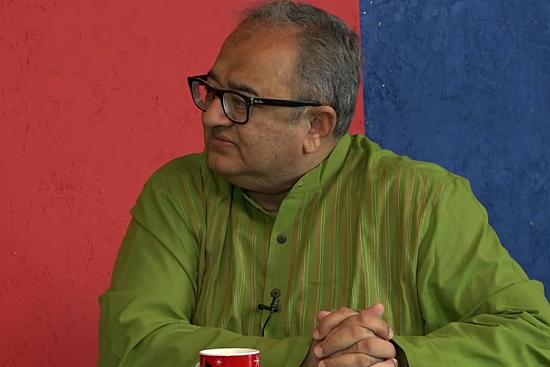 Tarek Fatah, the renowned Pakistan-born Canadian writer and liberal activist, was on a four-month long trip to India. Upon his return, he gave a rather interesting interview to Tahir Gora where he spoke of his experiences in India.

Fatah believes that India is such a large and diverse country that even a lifetime is not enough to experience the nation. However, the most startling observation he makes is about Indian women. And this is what he had to say:

Women inhabit a different India. The most civilised, disciplined kind of people, who dress well and work and drive by traffic rules are women. No matter what they do, from cleaning streets to driving, even when they are driving a Mercedes they do it better than their male counterparts. Men just don't have it in them to drive well. Women hardly use horns, men use it too much.

In the next five years, make all the men sit at home and let women run India, it would be a member of the Security Council. It will know how to talk, it will know how to sit. Women know things because they are mothers and they bring human beings into this world. Men know nothing of birth. That is why women cannot be that harsh.

I saw women ride scooters, young girls going to college or where ever, and there is something very admirable about Indian women, their writers, newscasters...where ever men turn up, it seems as if something is going to go wrong.

Fatah who has been associated with the Left also spoke at length about class difference in India:

It is sad that very often Indians treat their fellow citizens with disdain. The upper middle class has no guilt about what is happening to the lower classes. They can't even fathom the of idea sitting at the same table and drink a cup of tea with a taxi-driver.

The kind of gap between the rich and the poor that exists in India should not exist in any civilised country. A man is sleeping on the road and Salman Khan runs him over with his car and then people take to the streets to say nice things about Salman Khan, then that means there is something rotten about India. People said let him die, why was he sleeping on the footpath in the first place? Some people said that they are dogs and they deserve to die. People don't have empathy.

On Urdu and its position in the sub-continent, he said:

Indians have an inferiority complex about Urdu. It was their language, they should have kept it. I don't know why they sent it to Pakistan. For Pakistan the language became an instrument of colonial oppression. One million people from Uttar Pradesh came to Karachi, the capital of Sindh and said let's ban Sindhi. They banned Punjabi. They banned Bengali. They banned Balochi, Pashto, etc and made an Urdustan.

Tarek Fatah also seemed to be unimpressed by India's knowledge of Geography:

Indians don't understand Pakistan...they don't even know where Sindh is. A civilisation which associates itself with Darya-e-Sindh and doesn't know where the river actually is, and thinks the whole civilisation is about Ganga-Yamuna whereas it is all about Lahore and Punjab.

Despite that, he considers India to be the embodiment of human civilisation and that it is poised to become the world's greatest country.