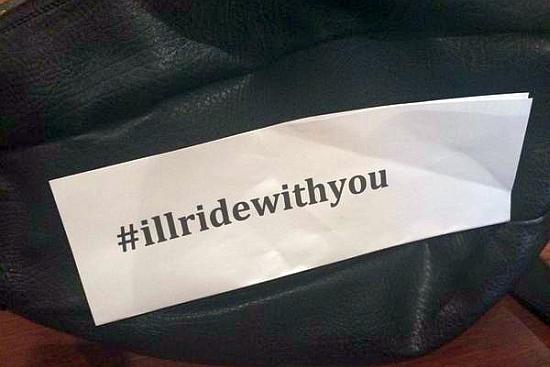 After several people were taken hostage by an armed man at a popular cafe in Sydney and forced to display an Islamic flag, Australians came up with a heart warming reaction on social media in the face of adversity.

In a show of solidarity against a possible racist backlash on the Muslim community in Australia, #illridewithyou started as a movement to protect Muslims against Islamophobia. Australians on Twitter tweeted their travel routes along with the hash tag and offered to accompany Muslims, especially those in a religious attire.