6 Things I Learned About NGOs In India By Heading One

A democratic state needs the presence of large numbers of activists and organisations that work on things that affect society as a whole. Most of us individuals are not interested in things that do not concern us directly. 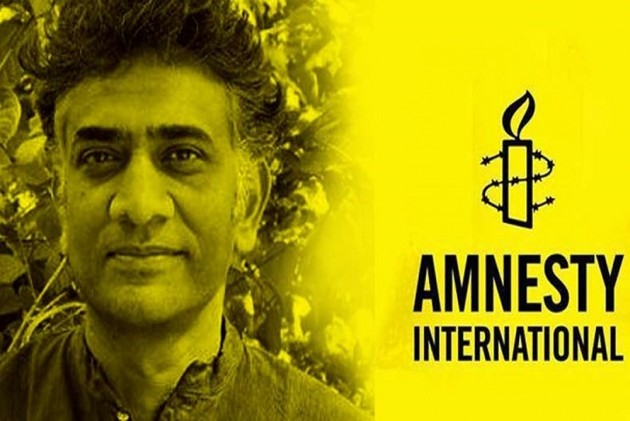 In a few months, my term as the head of a large non-governmental organisation comes to an end. I thought I should write about the sector and inform readers of the things that I learned and discovered in my four years doing the work.

The first thing is about the quality of people who work in what is called civil society, meaning the groups that are linked by common interests. They are called activists and their organisations often called NGOs. I have found that some of the brightest Indian people are attracted to this line of work and we should all be proud that this is the case. The salaries offered in the sector are nowhere near the corporate world and that makes is all the more remarkable that bright young people are to be found in large numbers in this field.

The second thing is about the nature of the work that they do. You have people who have worked for decades on such issues as manual scavenging or physical disabilities or primary education. Of course this is noble and meaningful work. But the other aspect of this is that such people carry with them expertise and understanding which is absent elsewhere including in the government.

This brings me to the third point and that is that in India it is not easy for such individuals and institutions to work with the government. The state in India, meaning the bureaucratic and political apparatus, is quite closed-minded and often arrogant. There is a master-servant relationship with the citizen, even if the citizen has worked on the issue for much longer than the bureaucrat that she is engaging. Because I work for an organisation that is also global, I can report that in other democracies, particularly in those of Europe, the relationship of the state with civil society is much close than it is in India. There is respect for the work done by the activists in those nations, whereas in our country these individuals and groups are usually considered to be a nuisance.

The fourth thing that people may not know or have considered is the value that these activists and NGOs bring when the government actually engages with them. The United Progressive Alliance set up a group of people from civil society and called this group the National Advisory Council. Most of the people on this group were activists and NGO-wallahs. They told the government to legislate such laws as the Right to Information and MNREGA and so on. If these laws have remained and if they are thought to be still popular, it is because they were the result of the sort of thinking that government is not capable of. There is no question to my mind that things like the Right to Information are transformative. Along with her vote, the RTI is the most powerful tool in the hands of the common woman.

The fifth thing is that these activists and NGOs bridge the chasm that exists between our middle class and the poor. The middle class finds it easy to roll the window up at the beggar on the traffic signal and we work in environments that are secluded. Such issues like farmer suicide and agrarian distress do not mean anything to most of us because we have no real contact with that reality. It is the members of the middle class like activists and NGOs who have personal and sustained contact with these non-middle class issues that are able to connect us to other Indians.

The sixth thing is that on issues that most Indians have made up their minds, it is the activists and NGOs who have subtlety and nuance. Because of the nature of our mainstream media, the information that we receive on Adivasi rights or Dalit rights is limited. We have only one side of the story when it comes to Kashmir. Our understanding of violence in the Northeast and its causes is poor. However, the activists and the NGOs have engaged with this at much deeper levels than most of us.

Here is an example that you might not be aware of: In 2012, an NGO called EEVFAM moved the Supreme Court saying that the armed forces’ encounters in Manipur were fake. The court ordered some judges to enquire into this and found that the NGO was right. Because of this the number of encounters and killings in Manipur fell from about 200 to only a handful, because the armed forces knew they were being watched. You will not get this information from the regular media. It is the presence of the NGO and the activist that has safeguarded constitutional rights.

A democratic state needs the presence of large numbers of activists and organisations that work on things that affect society as a whole. Most of us individuals are not interested in things that do not concern us directly. We should be supportive of those who work on things for all of us, even if we sometimes disagree with  some of the things that they say.