A Race To Grab Spotlight This Election Season

As election season looms large, there is a race among political leaders to grab the spotlight. 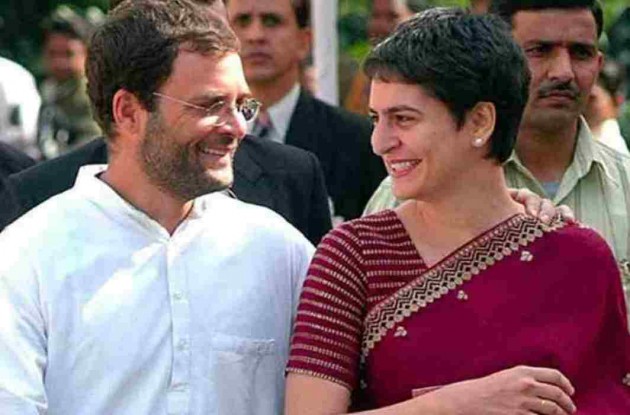 Everyone loves the spotlight – at least for a few days. Even if it means camping out to stage a dharna like Mamata Didi did, protesting against the CBI’s ‘transgression’ of its right to question a suspect/witness/accused. For three days and two nights Didi was hogging the spotlight - as leaders came calling, TV cameras hovered and panels discussed on how Didi had catapulted herself to the PM-in-waiting seat.

But not for long - Didi latched on to the escape route provided by the Supreme Court that the Kolkotta Police Commissioner can be questioned (which was what the CBI intended to do in the first place) but not arrested. So the dharna was called off and the lights on Didi got dimmed.

Till the spotlight found another performer in Priyanka Gandhi as she accompanied her husband Robert Vadra to the ED’s office, though there was no legal necessity. But the Gandhi scion knew that TV cameras would be there and the video op cannot be missed. So she dropped off her hubby and drove off - not before she had said, “I stand by my husband.”

While it took Didi all of three days to get the political mileage out of her protest in unfriendly weather, Priyanka could manage it in just under ten minutes from her air-conditioned SUV. That is what the Gandhi family specialises in - hogging the spotlight with the faintest appearance or the slightest gesture and the briefest sentence. That would suffice for the media to remain grateful to them as their TRPs remained high and their motor mouth anchors and panellists were kept busy.

One can foresee the Gandhi family continuing to hog the media glare in the coming days – when Priyanka goes to UP on her first official visit as general secretary. The spotlight would hover on her at least during her initial days. If the media interest is found flagging, a new element can always be introduced - like Priyanka riding pillion on the motorcycle with Robert Vadra in front. The next time they can even fit a side car to accommodate Rahul. The news channels will provide the background music – “Yeh dosti hum nahin chodengey.”

It would be difficult for the BJP and the SP-BSP to match the country’s first family in such optics. Imagine Modi-Amit Shah-Yogi on a side car attached motorcycle. Or Akilesh taking Mayawati on his pillion. The two wheelers are best left to the Gandhis.

Modi of course has his helicopters and can always wave at the crowd/trees/snow clad peaks/beaches depending on the state he lands. Since Amit Shah and Yogi cannot land by choppers, at least in West Bengal, they ought to try a bus like American candidates do. Even the occasional bullock cart would be appropriately symbolic and get them the spotlight.

In distant Tamil Nadu, DMK’s Stalin has been struggling to keep the spotlight on him. His Gram Sabhas to understand problems of villagers have become tiresome repeats with their share of embarrassments. Like when a little girl called him “thaatha” (grand dad) and Stalin had to correct her “call me uncle.” At 65 he actually has four grand children.

Tears can definitely buy political spotlight – ask H.D. Kumaraswamy. Backhanded compliments for allies are definite winners too as Uddhav Thackrey keeps showing. Even missing in action can get you a regular spotlight – as Karnataka’s truant Congress MLAs have shown every fortnight by disappearing into resorts.

And finally whatever happened to the champion of political spotlight -- Arvind Kejriwal?