After India's Chandrayaan-2, Time To See What Other Countries Are Planning On Space Front

Four missions to Mars are being planned next year by various agencies. Why so many together? The reason is that Mars and Earth come closest to each other once every 26 months and 2020 is when this happens next. 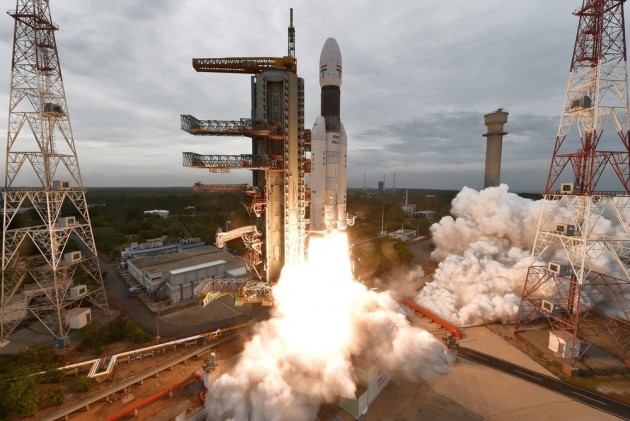 Last week, we looked at Chandrayaan 2, India’s moon mission, and I had referred in passing to Mars. I thought it would interest readers to know what is going on in the rest of the world on that front. Four missions to Mars are being planned next year by various agencies. Why so many together? The reason is that Mars and Earth come closest to each other once every 26 months. Because both are revolving around the sun in different orbits. Mars can sometimes be as far away as 40 crore kilometres from us. At the closest, it can be less than 4 crore kilometres away.

Obviously, that is the time when it is sensible to launch a rocket towards it and the next window that is happening is in July 2020.

On July 17, America’s car-sized Mars Rover will lift off. Eight days later, the Russian-European mission named Rosalind Franklin after the English chemist, will take off. Both vehicles will likely land on Mars in February 2021. They will perform experiments and look for signs of life.

China is also launching at the same time with an orbiter (meaning a satellite that will orbit Mars) and a rover, meaning a device that will land. There are currently six orbiters, including three from America’s NASA, two from Europe and India’s Mars Orbiter. And there are two operational rovers on Mars, both from NASA. The solar-powered Chinese rover will be around 250 kilos. The fourth mission is from the United Arab Emirates and they are using a Japanese rocket to get to Mars.

The interest in Mars is more than just scientific. There are currently people working on trying to establish a permanent human colony on Mars. The logic of this is as follows. Mars is the closest to earth in terms of its environment. It has an atmosphere, albeit one that is made up almost completely of carbon dioxide. And it has a 24-and-a-half-hour-day, almost the same as earth. Then it is about half the size of the earth and so it has a gravity that will be familiar to us, though it is less. Someone weighing 50 kilos on earth will weigh less than 20 kilos on Mars.

The other planets of our solar system are very different from earth. They are very far away from the sun, and therefore are very cold, some like Jupiter are huge and with the gravity that is very high and some have atmospheres that are poisonous.

Mars also has plenty of water in ice form. And because it has carbon dioxide, it is possible to make hydrocarbons, meaning plastics, from the materials already available there. The other big issue of space travel is that of fuel, and there are rockets being designed today that will be powered by methane and liquid oxygen, both of which can be produced on Mars.

There are people working today on terraforming Mars. This means that they are trying to transform the planet to make it earth-like, with an atmosphere that resembles ours and with a surface that is green. This is not as impossible as it sounds and many think it is not even difficult, though it will take time. Plants and vegetation need mainly sunlight and CO2, as we know, and both these are available there. The third thing, nutrients in the soil, can easily be introduced. This, in turn, will produce the oxygen that humans need. All these factors make Mars attractive as a destination and that explains the deep interest in it and the many missions going there.

The company SpaceX, which is privately owned -- unlike NASA and our ISRO, which are government organisations -- is the farthest ahead in terms of its plans and its ambitions to reach Mars and colonise it. The company is only 17 years old but already dominates satellite launches around the world.

It is currently testing the engines powered by methane and liquid oxygen and will probably have a full design ready by late next year. It is also the pioneer of reusable stages, meaning those parts of the rocket that contain fuel and boost it into orbit and are usually discarded. SpaceX is the only organisation in the world that can safely and automatically land these back on the launching pad.

They have also developed the largest capacity rockets in the world. And they have a strategy for being able to take 100 tons on a ship all the way to Mars. This means that the next window that opens up, in August 2022, will likely see even more launches and more complex and larger ones with the aim of sending man.

Of course, questions open up such as who owns Mars, nations or companies or all of us as a species. These will have to be answered in time because there is no stopping the progress that is being made in this field.

While all of this is exciting, it will also change the earth significantly. How will someone who has stood on Mars and looked at the earth, only a tiny blue dot in space, then see the idea of nations and religions and all of our divisions? When SpaceX launched a huge rocket last year, the payload on it was an electric car which they sent into Mars orbit. Perhaps some alien species will find it in millions of years. On the car is written a message: “Made on earth by humans”.