BBC, Northern Ireland, And Kashmir – Where Shekhar Kapur Got It Wrong 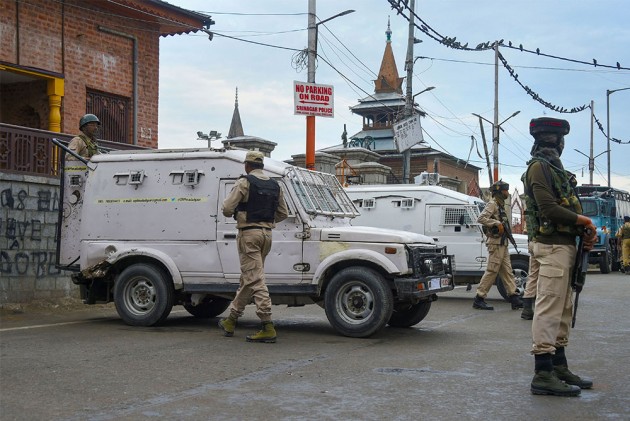 Shekhar Kapur might have slipped in his grasp of history and language when he questioned the BBC why it was not referring to Northern Ireland as British-Occupied Ireland when it called Kashmir as Indian-Occupied Kashmir. The actor-director was apparently chaffed at the preface attached to Kashmir when no such thing qualified Northern Ireland, which is part of the United Kingdom.

The director of the 1998 film “Elizabeth” would not have made the comparison if only he had cared to find out how prickly the BBC is while referring to Kashmir or had researched a little about the history of Northern Ireland.

Only India and Pakistan and the media in these countries use the word “occupied” while referring to the respective parts of Kashmir under the control of the other country.

According to a senior BBC journalist, the channel has always taken to care to stick to its style guide whenever referring to Kashmir considering how sensitive the issue is. “Let us not forget that we have both Indians and Pakistanis living in England and would not want to spark a protest by using the wrong terminology,” he explained. So, while the language part is settled maybe it is time for some lessons on Northern Ireland.

Ireland today is a republic, free of British control while England, Wales and Scotland (which together form Great Britain) and Northern Ireland are the four countries that make up the United Kingdom. However, the Catholics of Northern Ireland continued to fight for freedom from British rule and their armed struggle was spearheaded by the Irish Republican Army (IRA). At the height of the conflict, which claimed nearly 2,000 lives over three decades, there were over 100 peace walls that separated the Catholic and Protestant enclaves of Belfast, the capital of Northern Ireland. Today they are mere tourist attractions for their beautiful murals.

The ‘war’ between the IRA and the British government ended with the Good Friday Agreement of 1998 signed by British Prime Minister Tony Blair. The pact created Northern Ireland’s present devolved system of government and a number of institutions between Northern Ireland and the Republic of Ireland, and between the Republic of Ireland and the United Kingdom. The agreement was also backed by the then US President Bill Clinton under pressure from the strong Irish lobby in the US.

So, essentially, Northern Ireland is not split into two as Kashmir is between India and Pakistan though ‘Indian Kashmir’ is the larger entity and has its own state Assembly. And the division between Ireland and Northern Ireland is also not as watertight. In many sports Ireland fields a single team – also representing its Northern counterpart - except in football. Northern Ireland though competes separately at the Commonwealth Games, and athletes from Northern Ireland are free to compete either for Great Britain or Ireland at the Olympic Games. The present captain of the England ODI team Eoin Morgan had originally played for Ireland before moving to England.

So Shekhar Kapur’s comparison of Kashmir to Northern Ireland is historically not correct.