BJP’s Karnataka Conundrum: If Not Yediyurappa, Then Who?

So far, the BJP veteran has managed to skirt tricky situations and counter detractors within the party. But his critics too have kept things simmering. 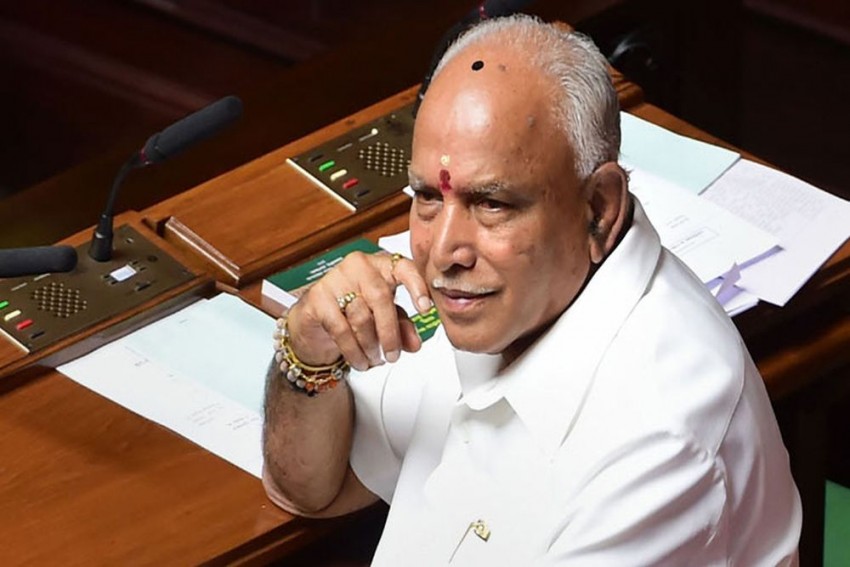 Every now and again there’s a buzz in Karnataka’s ruling BJP -- over the tactical Delhi visits of local leaders, over an impending change of guard and over Chief Minister B S Yediyurappa’s own plans to stay put. Invariably, clarifications follow, explaining that there’s no move to replace Yediyurappa.

There have been several of these episodes so far – much before the coronavirus epidemic broke out, after the first wave subsided, and now again as the second wave’s epicurve appears to climb down. But this time around, Yediyurappa tackled the question directly – he told reporters that he would stay in office as long as the Delhi high command said so and would resign when asked to.

Many analyses followed. Was the CM confronting his detractors, with the central leadership’s backing? Or was he lobbing the ball into the high command’s court? Or, was there an underlying tone of rapprochement?

That ambivalence about Yediyurappa’s equations with Delhi has punctuated his nearly two years in power. Anticipation that the 78-year-old BJP veteran could eventually be replaced had begun soon after he took over in July 2019 -- the context being the BJP central leadership’s firm hold over the affairs in states. Also, given that it was a buoyant BJP unit stepping into administration, eyeing a consolidation of its political reach in the state.

So far, the BJP veteran has managed to skirt tricky situations and counter detractors within the party. But his critics too have kept things simmering, especially the outspoken BJP legislator from Vijayapura, Basanagouda Patil Yatnal, who has been attacking the CM -- and his son B Y Vijayendra for interfering in government -- without inviting any drastic punishment from the party bosses save for show cause notices. Other legislators too have been sulking on and off. Not reigning in the critics has probably been the central leadership’s way of keeping the CM in check, reckon political observers.

But the bickering only reflects the factions within the BJP party unit in Karnataka, many reckon. The party’s torturous route to power --  by toppling a shaky Congress-Janata Dal Secular coalition in 2019 -- brought its own set of complications in finding a balance between various groups. That, as a party member points out, is also what makes the task of replacing the CM particularly tricky.

The speculation over bids to ease Yediyurappa out naturally dwells on a finding a successor without upsetting Karnataka’s caste dynamics – most analyses point to how the BJP does not yet have a mass leader to rival Yediyurappa. Yet, a few names have been in circulation in the last few months. That’s also a topic that Yediyurappa, uncharacteristically, chose to answer this week when asked – it wasn’t true that there were no alternatives, he said. The comment, again, piqued a lot of interest in political circles. Most local leaders have rallied behind the CM, saying there’s no move afoot to oust him.

The logic most frequently heard is the party wouldn’t want to rock the boat in Karnataka at the moment by attempting to replace the CM. Perhaps, even for the rest of this tenure, some predict. Others point out that the political bets will have to be made sooner than later, given there are just under two years to go before the next state election in 2023. By many accounts, the speculations will continue.