Because the BJP is being led by a leadership which is very popular in the middle class, we can expect that the membership and the number of volunteers will continue to expand. 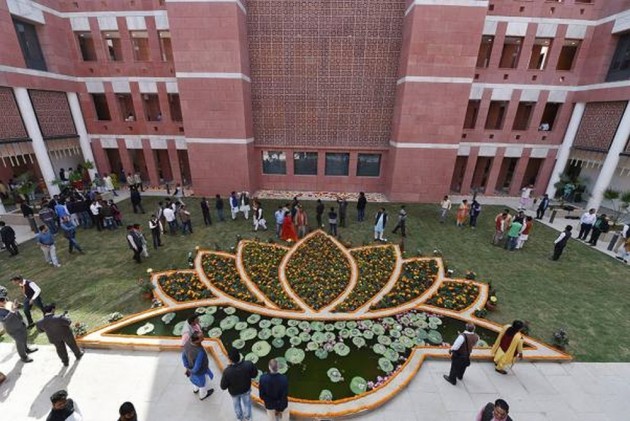 When you log on to www.bjp.org, there is a message that says ‘welcome to the website of the world’s largest party’. The BJP has 10 crore members. About 1 in 10 adult Indians is a member of the BJP. This is a staggering statistic. The National Democratic Alliance got about 16 crore votes in 2014 and most of this was the BJP’s share. This means that the party has almost as many members as it has voters.

To appreciate its size, let’s have a look at the second largest political party, which is the Communist Party of China (CPC).

China is a one-party state run by the CPC. This party has over 9 crore members, but membership is not easy to get. This is because every top position in the government, military, banking, education, healthcare and state-owned enterprises is held by members of the party.
In 1921, it had only 57 members. In 2014, 2.2 crore Chinese people applied for membership to the CPC and of them, only 20 lakh were admitted. Membership takes one year from application to entry. Applications must include a letter which says why the individual believes in the CPC, the areas in which he or she falls short of the requirement to be a member, and then the applicant must take a test. If they pass, they are screened further, then they must produce two current members to recommend them, and then they are accepted on probation.

While the BJP does not restrict its membership in this way, it is not free. Membership is Rs 5 and there is a further ‘voluntary’ contribution, with a minimum of Rs 100. Every member of the BJP must, therefore, contribute Rs 105 or more on joining the party. If this is indeed their definition of a member, then the party has collected Rs 1000 crore from individuals alone. This is remarkable. Just below that on the form is a further ask for contributing to the party fund through the Aajiwan Sahayog Nidhi, which is a minimum of Rs 1000.

It will interest the reader to know that the BJP constitution requires all members to swear an oath that includes the line: "I subscribe to the concept of the Secular State and Nation not based on religion.” The other matter of interest to those who look at the party through its ideology is that the BJP's constitution opens with the lines that it will “bear true faith and allegiance to the Constitution of India as by law established and to the principles of socialism, secularism and democracy…”

Under Amit Shah, the party began a programme of attracting people through the missed call. The BJP advertises this number in various cities on hoardings. Individuals who call this number are then sent messages and are called to see if they can contribute money or their voluntary services. A computer record is kept of how each individual responds to text messages or calls and whether they contributed their time or money. Through this mechanism, the party can see over time which individuals can be relied on and they can concentrate their efforts. Because the BJP is being led by a leadership which is very popular in the middle class, we can expect that the membership and the number of volunteers will continue to expand.

In addition, the party can rely on the world’s largest non-governmental organisation, the Rashtriya Swayamsevak Sangh. There are over 55,000 RSS shakhas across India. There are 6,000 full-time pracharaks who are currently deployed on election duty and are trained for years in how to organise people. One can disagree with every aspect of the RSS and what it stands for but one has to admit that it has produced an army that is efficient and singleminded.

All in all the BJP is in control of one of the most powerful political machines in the world, in terms of people, networks and money.

One goal of the Congress Party would surely have been to rebuild its organisation so that it begins to match that of the BJP. However, this has not happened, though Rahul Gandhi has been in the party for 15 years now.

In his first 15 years in India, Mahatma Gandhi led the Champaran, Kheda, Khilafat, Non-cooperation and Dandi salt agitations. We do not see similar grassroots activity from this Congress. We do not see, or at least I do not see, the sort of vision that led the party in earlier decades to mobilise society. It has also in some sense lost touch with the grassroots because of its evolution. The Congress has a body of volunteers called the Seva Dal, founded a year before the RSS. This is the body that offered logistical and manpower support to all the pre-independence agitations of the Congress. But after independence, it has been substantially eroded over the decades while the RSS has grown.

Membership, especially paid membership, is a true sign of the popularity of a party. The Congress has a gargantuan task before it if it has to inspire young Indians to sign up as its members on the basis of its activities and its vision for this country.