Can India's Character As A Secular Republic Be Sustained?

As the British were leaving, nobody asked Indians to vote on whether we wanted a Hindu Rashtra or whether we should include religious aspects in our constitution. 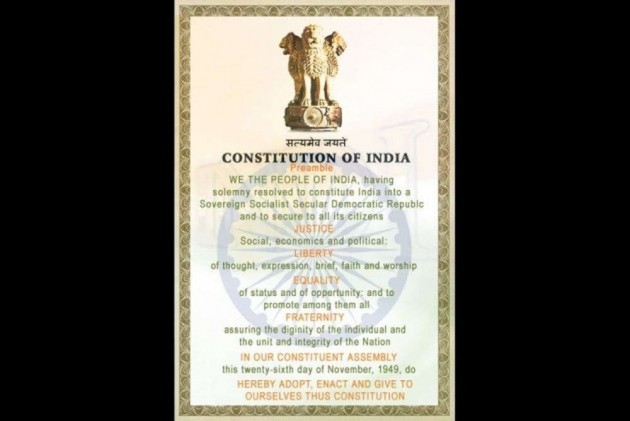 Introducing his Hindu Code Bill in 1948, BR Ambedkar described the primary issue that the bill addressed: inheritance. Hindu inheritance law came from two traditions, known as Mitakshara and Dayabhag. According to the former, the property of a Hindu male does not belong to himself. It belongs jointly to father, son, grandson and great-grandson. All four have a birthright in the property. When one of these four dies, he does not leave this share to his heirs, but to the remaining three. This is the law that has evolved out of the tradition of joint families, and it comes from a time when the primary asset was land. It is difficult to partition such property when the family becomes nuclear, but because the property is jointly held, any of the four individuals can demand partition.

In Dayabhag, the property of a Hindu male was held as his personal property and he had the absolute right to dispose of it as he chose (meaning that if his father and grandfather and his son were alive, they could not automatically take it over on his death).

Ambedkar wanted the existing Dayabhag system to extend over all of India. He wanted to introduce other changes, all of them relating to the inheritance rights of the women of the family.

Readers may know that this bill was not passed and Ambedkar resigned. It did not pass because the Constituent Assembly was conservative. Its members had few problems with Ambedkar’s proposal that the Mitakshara system be ended and Dayabhag be extended all over India; the primary issue they had was with the idea of women inheriting more property rights. This was unacceptable to them.

Their objections were that women were already in possession of their dowry; that women went into another household on marriage and could enjoy the property of that house also; and that if women were given these rights then landholdings would become smaller because they would be broken up.

The reason that we Indians were still debating such basic things in 1948 was that for at least 90 years, there had been little reform in religious traditions. The British were not reformist after the Crown took over the rule of India from the East India Company in 1857.
One of the causes of the Mutiny (according to a book by Sir Syed) was that Indians were reacting negatively to intrusion by British rulers into traditions. Sati had been abolished in 1829 and in 1850 there was legislation introduced to safeguard the property rights of individuals who had converted their religion. This was also the period in which there was a powerful anti-slavery movement in Britain and America and those in power felt that they should use their authority to introduce modernity to traditional cultures.

After the massive violence of 1857, in which lakhs of people were killed, the British decided that they would leave Hindus and Muslims to do their own reforming. They did not want to touch upon issues that would be controversial or would interfere with their primary objective of ruling India and controlling its economy.

Untouchability was abolished only by Congress through Article 17 of our constitution. Before that all through the 1920s, Hindus around India were acting violently to prevent Dalits from entering temples. It is this sort of conservatism that blocked the passage of Ambedkar’s inheritance reforms. The thing to note here is that it was a Congress Constituent Assembly. There was almost no presence of the party we know as the BJP in that assembly.

Even in Nehru’s government, the limited Hindutva voice was represented by Syama Prasad Mookerjee (who founded Jana Sangh, which later became BJP) who became a Congressman to take office. We must recognise that despite this inherent conservatism among its MPs and legislators (who were reflecting the cultural conservatism of the society which they came from), the Congress was able to pass reform. This was entirely because it was a party that had a liberal vision and was led by a truly great individual, Nehru.

Alone in South Asia, India has a secular and liberal constitution. Afghanistan and Pakistan are Islamic states where no non-Muslim can hold high office. Maldives is an Islamic state also. Sri Lanka’s constitution gives primacy to Buddhism, Bangladesh’s constitution opens with the phrase Bismillah-ir-rehman-ir-rahim. Bhutan’s government and religion are both controlled by a Buddhist king. Till 2008 Nepal was a Hindu Rashtra where executive authority came from a Kshatriya king, as prescribed in Manusmriti. Only India has been secular constitutionally. Why? This is not because India is Hindu majority. Nepal is also Hindu majority.  As the British were leaving, nobody asked Indians to vote on whether we wanted a Hindu Rashtra or whether we should include religious aspects in our constitution. It is only because of the Congress that we became a secular republic.

It will be interesting to see, as we enter a period where another political force has became dominant if not overwhelming, whether this legacy of Nehru and the Congress is sustained or we are taken in a new direction.