He was instrumental in preserving the heritage of Chennai which he preferred to call as Madras. 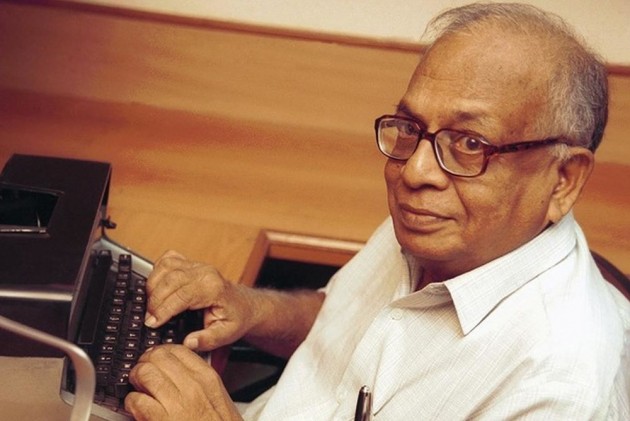 A slice of Chennai’s (nay Madras’s) history was lost when it’s most famous chronicler S. Muthiah died at age 89 on Saturday.

Muthiah, who wrote on Chennai’s history and heritage, was among the first to raise his voice about the need to preserve the city’s famed British era buildings and other famous landmarks many of which were brought down to be redeveloped.

Through his books on Chennai – “Tales of Old and New Madras,” “Madras, the Gracious City”, “Madras Rediscovered,” “Madras that is Chennai” S. Muthiah recorded the history of Chennai digging out interesting and little known nuggets about the city. He also kept the interest about the city unflagging through his weekly column “Musings” in The Hindu and his fortnightly newspaper “Madras Musings.” “I collect every scrap of newspaper clippings or publications about Madras and keep them in ready to retrieve indexes,” he recalled once during a talk.

“Muthiah truly loved the city and wanted its historical and cultural roots to be preserved. Hence he started the Madras Day Celebrations to be held every year on August 22 –when it was on that day in 1639 that a sliver of land, where Fort. St. George stands today, was transacted by the East India Company. The Madras Day celebrations got extended to Madras Week and have become a much-awaited event in the city’s calendar, thanks to Mr. Muthiah,” observed Vincet D’Souza Editor of Mylapore Times, a neighbourhood newspaper.

Muthiah, who belonged to the Chettiar community, was also an authority on the history of Chettiars and had written about the top businessmen from that community. Muthiah, who worked as a journalist in The Times of Ceylon before moving back to India and became interested in chronicling the city of his residence. It was thanks to his efforts that Madras came to be recognised as the first organised city of modern India – Bombay and Calcutta came much later.

Muthiah also established through records that India’s first engineering college, first general hospital, first municipal corporation, first Western type of school and the first regiment of the Indian Army were all set up in Madras by the British.

Muthiah accorded a rare honour to this writer by reproducing an article I had written in The Telegraph on Veerappa Gounder, a humble farmer from Acharapaakkam village, 140 kms from Chennai, who had the habit of contesting elections against VIPs. After publishing it in Madras Musings Muthiah sent me a copy of the fortnightly with a note saying he had enjoyed reading it and so should his readers. Madras will miss its revered chronicler.