COVID-19 Testing | 'I Was Cold, Sweaty And Contemplated Suicide. Didn't Know How To Deal With It' 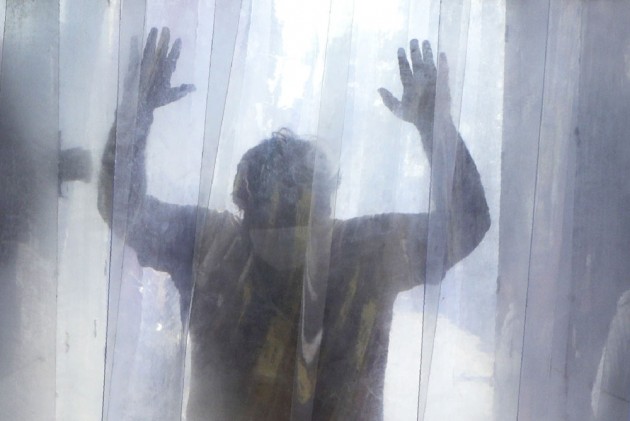 Phew! My test came out negative. I was dreading what if the coronavirus test came out to be positive. The time, energy and effort it took to get a simple test done was a nightmare and then imagining that I may have to go to a government hospital to get treated, was simply terrifying.

I am a sports journalist. I live alone in a rented house in South Delhi's Malviya Nagar. I have two cats for company. They keep me busy. Given the slew of damning stories around COVID-19 every day, any sign of fever, sore throat or a bad stomach give me a lot of tension. But there was something worse that surfaced.

Loneliness can be terrifying and in recent months, I have had panic attacks. Under advise from my therapist, I moved to my friend's house in Mayur Vihar to overcome depression and other allied issues. On April 18, I started feeling feverish. Soon, red spots that looked like rashes began to appear on my palms. I was gripped by fear. I found out on the Internet that many COVID-19 patients in Europe and America had similar rashes on their palms or feet. COVID toes, that's what they called it. Then there were dry cough, throat ache, body pain, fatigue and loose motion. These were very compelling signs of the coronavirus. And yes, I smoke a bit.

OPINION: Why Do We Value Doctors More Than Nurses?

The next day (April 19), I tried calling the government helpline number 1075, but nobody picked up. I informed my parents, who live in West Bengal, and they asked me to get tested. Thankfully, my Mayur Vihar friend, an auto journalist, drove me to Safdarjung Hospital. We reached at 3 PM. That's where my ordeal began.

The guard at the hospital directed me to a screening room. There were two health workers in their astronaut-like protective gear. They asked me about my symptoms and checked my body temperature. It was normal. Then I told them that I often ordered food through Swiggy and a recent one was made at MOJO Pizza. This outlet, that serves in the Saket, Malviya Nagar and Hauz Khas region, was in the news when one of the delivery boys tested positive for COVID-19. I also told them that I had ordered a pizza from Dominos. Not quite sure what to do, they sent me to the emergency building for an X-Ray.

READ: Nurses Risk Their Lives To Save Ours, But Are We Grateful To Them?

Feeling weak and lethargic, I tried to find my way into the emergency building. The first thing that caught my eye was the lack of social distancing. It looked like an overcrowded railway station and several hospital staff, including the guards, were without their protective masks. The queue for registration also didn’t have any kind of distancing. Patients were virtually on top of each other. Anxiety can send hygiene for a toss and I was seeing all of that.

The COVID-19 team again asked me about the symptoms and told me to get an X-Ray done. The process was chaotic. There were six people ahead of me and all of them had a look of resignation in their faces. Many were sitting on the floor and no one cared to keep a safe distance. Then we found out that the X-Ray machines weren't working. The radiologist told us that these were new machines and untested!

Whatever the reasons, there was inordinate delay. Whenever we asked the officials, they would simply say, “Wait for more 10 minutes.” That "10 minutes" became six hours and by the time I got the X-Ray done, it was 10 PM. With no food or water, I was virtually dead.

On checking my X-Ray report, the doctor confidently told me that I didn’t have the virus but she advised self-quarantine for 14 days. She also prescribed me antibiotics, paracetamol and digestive medicines. Given the situation, I thought it would be unsafe to return to my friend's place in Mayur Vihar in East Delhi. I decided to go back to Malviya Nagar.

I didn't have any transport and although Malviya Nagar is not far from Safdarjung Hospital, I simply didn't have the strength to walk seven kilometres at night. I was forced to book a private ambulance for 1,000 rupees. The guards arranged for that expensive trip. It's about 100 bucks by auto or roughly 150 by Uber. By the time, I reached home, it was past 11 PM.

On entering my home, I immediately wore a pair of gloves and shifted my pet cats to another room. I read reports that cats were also catching the virus from humans. Now other than worrying for myself, I began to worry for my feline companions too.

For the next three days, my body temperature hovered around 100 degrees and the weakness was still there. So I called my parents again and they asked me to call the COVID-19 helpline. This time, someone responded, and gave me the contact details of South Delhi’s District Surveillance Officer (DSO).

The next day, I tried calling the concerned person (Dr Anuja Vasudeva), but nobody picked up the mobile number. After a few hours, I decided to make a WhatsApp call. Dr Vasudeva received the call but started to scream at me and asked me to call normally. Out of anger, I didn’t call the person again. Wasn't she supposed to be nice and help?

On April 22, I began to get loose motion and it left me sticky. Fear was overpowering me. I tried calling the DSO again, but nobody picked up the phone. Then out of desperation, I again called her via WhatsApp. This time she picked up and just like before, was extremely impolite. I told her that nobody is picking the normal call. Then she asked for my symptoms. I told her everything, to which she rudely replied, “These are not coronavirus symptoms, so just quarantine yourself for 14 days.”

I started getting frequent panic attacks. This incessant feverish feeling and bad stomach wasn't letting me sleep or rest. I tried to find comfort in my work but my mind was restless. Nights were increasingly difficult to pass. My body was getting cold and sweaty. I also began to feel suicidal, as I wasn’t being able to reach out to anyone for help. I didn't want to live in this state of mind!

On April 23, out of sheer desperation and frustration, I took to Twitter to complain about my situation. I tagged the Delhi Government and other officials, including chief minister Arvind Kejriwal. Still, I didn’t receive any response. So I spoke to a colleague of mine, who shared my problem with my seniors in office. My colleagues came to my rescue and despite the lockdown, they tried their best.

Finally, I could reach out to Dr KK Agarwal, who works for this NGO, Heartcare Foundation of India. He said that I could have mild COVID-19 symptoms and a test was necessary. Dr Agarwal sent me a prescription on WhatsApp. Through another senior colleague, I also got in touch with Dr Vikramjit Dutta, who heads the COVID department at Safdarjung. He was nice to me and said that the X-Ray was part of the protocol and I needed to monitor my fever for about five-seven days. I believe they also did not have enough kits to test and hence buying time.

But this private testing lab did have kits. A person from Dr Dang's laboratory in Saket came home on April 24 to collect a sample. It was quite an expensive test and made me poorer by Rs 4500!

In between, a senior colleague, who has been reporting on coronavirus, got in touch with the DSO lady doctor. Dr Vasudeva said she was getting "150 calls a day" and hence lost her cool. When she was told that doctors suggested that I be tested, she agreed to send an ambulance and get the job done.

I decided against it primarily because I didn't want my landlord to see an ambulance in our house and locality. Not only would they suspect something was wrong, I could even be asked to vacate my room. Fortunately, I had taken the private testing route.

I have been reading stories about the good work the government and its team of health workers have been doing. But my personal experience was bad. Clearly, there are huge gaps in addressing the situation and this is unlikely to go away soon. The numbers you get see may be way off the actual figures.

If my media colleagues didn't help me out ... well, I don't even want to talk about it. God was kind!