The West may have discovered Dalgona coffee now cooped up inside their homes, but I can vouch it was invented in the summer of 1996 in Delhi. 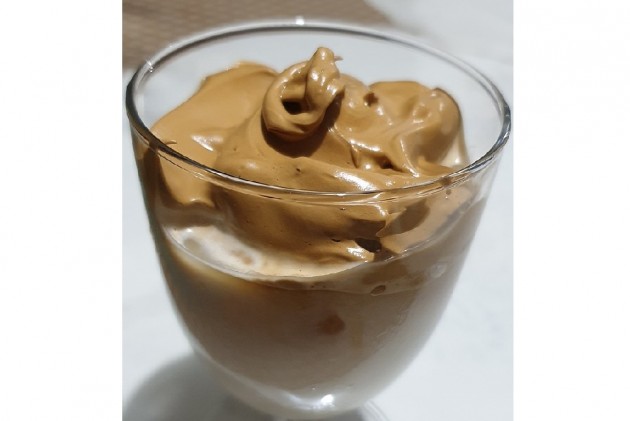 A long, long time ago, when our father had got transferred to Delhi and we were living in Western Extension Area (WEA), Karol Bagh, our landlord Mr Chadha invited us to their son’s wedding. As we children wandered about the wedding pandal, there was the option of Campa Cola, RoohAfza or coffee as welcome drink. Our Palakkad genes led us to the coffee counter, and it was here the first time I saw this belching and smoking, steaming and gurgling, a baby dragon of an Espresso coffee machine. As we waited for the coffee, the man behind the machine pressed this button, pulled that lever, twisted this knob and then it started to grow even angrier. It seemed if it had wheels, it would take off like a steam engine.

He handed us the coffee cups, the foam on top as thick and almost as white as when father worked up a lather to shave, generously sprinkled with drinking chocolate powder. We were used to the dark brown ‘cheru-pola’ (mud-like) filter coffee at home in davara-tumbler, and after a few sips of the scalding brew which burnt our lips, quietly poured it under the bougainvillaea bush. Amazingly, after about forty years, this Espresso machine has endured and it breathes the same fire and brimstone in most middle-class weddings in Delhi even today.

All this is before coffee adopted the undying motto of the Marx Brothers—when it can be complicated, why keep it simple. Like Vishnu’s avatars, coffee became cappuccino or mocha or americano or latte or frappe. And now the Kalki of them of all—Dalgona—is breaking the internet.

The West may have discovered it now cooped up inside their homes, there can be YoutTube classes on how to perfect it and BBC reports on this new sensation but I can vouch Dalgona coffee was invented by a friend of mine in the summer of 1996 in Delhi.

She used to live in a barsati (rooftop room) in Defence Colony; we would all land up there after office for an ‘adda’ and thus would begin the coffee ceremony. We had to leave our shoes at the stairs and dash across the hot cement roof to her living room. There were no ACs then but she had a what was a chik of Khas Khas to keep the room cool, on which one of us would sprinkle water now and then. This only made the room just bearable to sit, as the lava rising from the terrace was no match for the Khas but her famous coffee drew us all to her pad.

She would sit on a bean bag with a big coffee mug, add a few spoons of Nescafe to it and a few drops of warm water and start whisking it first slowly and then vigorously. She would then go to get some milk from the kitchen, which was out on the terrace, come back with beads of sweat, add some sugar to it and start whisking the coffee again. By now, it would be a brownish gooey paste, looking something like Bailey’s Irish Cream. She would keep on adding a little more coffee, a few more drops of milk, some more water to get the colour and thickness right. All the time we would be chattering: was it wrong of Atal Behari Vajpayee to stake claim to form the government, did Narasimha Rao take the money, is cloning of sheep ethical? She would add her bit to the conversation but all the while part of her mind would be on the coffee she was beating.

Once the coffee paste was to her satisfaction, she would put a big spoon of it in each of our mugs. Then again to the kitchen to add steaming milk into it and pour it from a height into another mug to get the foam on top. We would all troop back to the living room with our coffee mugs and then the real chatter would begin.

That was the original Dalgona coffee though it was not known by this name then.