Faulted By Design: Cow Slaughter In India And Bank Interest In Pakistan

The wording of Article 48 of the Constitution may be scientific and economic but of course, this is a religious act. It has trapped India just like Article 28 has trapped Pakistan. 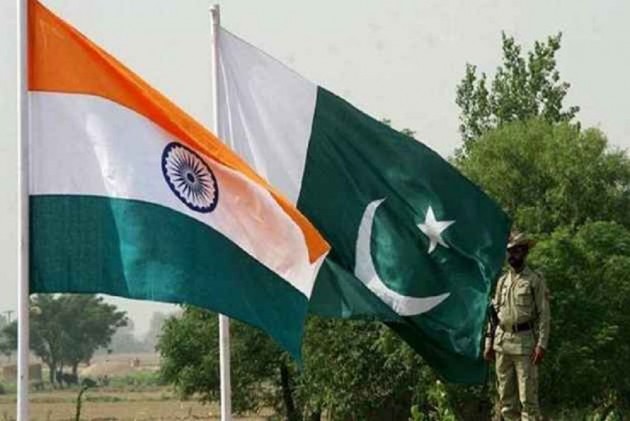 So far Pakistan has had three constitutions. All three have one thing in common, and it is the dislike of interest and the modern banking system. The history of this is not particularly Islamic alone. The Old Testament book of Leviticus specifically says that interest should not be charged on loans. Jesus was very angry with money changers and money lenders and threw them out of the temple in Jerusalem.

Article 28 of Pakistan’s 1956 constitution says that Riba (which is the Arabic word for interest) should be eradicated as early as possible. This feature was carried in all later constitutions, including those written in the terms of President Ayub Khan in the 1960s, Prime Minister Zulfikar Ali Bhutto in the 1970s and then modified under President Zia ul Haq in the 1980s and President Musharraf in the 2000s.

In 1991, the Shariah Appellate Bench of the Pakistan Supreme Court decided that interest charged by banks in Pakistan was illegal. In 1999, the court decided it had to implement the order. Of course, interest is at the root of the modern banking system and Pakistan’s economy would totally collapse if the order had been passed. But the idea that interest is something wrong that God does not want, runs strong in that society.

Pakistan was then under the rule of a dictator, Musharraf, and he was able to get the court to back off at that time. But the sentiment remains. In 2015, another bill was prepared to do the same thing. As long as it remains in the constitution, there will always be an attempt by someone to implement it.

India has the only non-majoritarian constitution in South Asia, meaning it does not privilege the rights of any one religion or its followers.
Article 48 of our constitution says “The State shall endeavour to organise agriculture and animal husbandry on modern and scientific lines and shall, in particular, take steps for preserving and improving the breeds, and prohibiting the slaughter, of cows and calves and other milch and draught cattle.” There are two things to note here: first, the assumption that this is a scientific and economic endeavour and not a religious one. Second, that it is all milch cattle, including buffalo. Draught cattle means those that are used to pull ploughs.
The wording may be scientific and economic but of course, this is a religious act. It has trapped India just like Article 28 has trapped Pakistan.

On February 5 it was reported that three Muslim men in Madhya Pradesh had been arrested and booked under the National Security Act (NSA Act) for alleged cow slaughter. The NSA allows for preventive detention, meaning that the individuals can be kept in jail without any crime being committed and only on the suspicion that they will in future commit a crime. They can be jailed in this fashion without trial for one year. Some Congress leaders were upset by this and asked if there was any difference between their party and the Bharatiya Janata Party (BJP). When Rahul Gandhi was asked about this, he avoided a direct response and said that Congress would remove RSS people from positions of power.

On February 8, it was again reported from Madhya Pradesh that two men, one Hindu and one Muslim, had been arrested and jailed under the NSA, not for cattle slaughter but for its illegal transportation. A few things should be understood here. First, that the Congress does not have full control over its administration and it will be difficult to do what Rahul Gandhi is saying he will do. The change in government will not have the full effect some of us thought it would. The laws exist and the sentiment exists and the officers will act. The fact that they are invoking extreme laws for relatively minor offences is incidental.

Once the prime minister and the chief ministers of Maharashtra and Haryana pushed for this in 2014 and 2015, we have been trapped in a cycle of violence that gives India a bad name around the world. It will be difficult to get out of this and we should all worry because we come across on this subject as unhinged and fanatical.

Most Indians, including judges, do not take the scientific and economic reading of Article 48. It is a religious reading and therefore prone to provoke religious sentiment and rioting and therefore worthy of the NSA. We cannot use the argument that the scientific and economic principles have outlived themselves or that farmers themselves are suffering, as we are seeing with recent reports of stray cattle. Our judges have held that even old cows are economically productive because they give dung.

Just like in Pakistan, we will have to live with this element of extremism forever. For us it is the sword of vigilantism and state tyranny on the weak, while Pakistan’s sacred cow is the ban on bank interest.