In Azim Premji, India Has Its Own Andrew Carnegie, The Man Who Donated 90% Of His Wealth

Our leader has worn a suit with his name written on it in gold, and this has not offended most people.We must note that it is in this environment that a billionaire has chosen to do what nobody has done before him and done it with modesty and dignity. 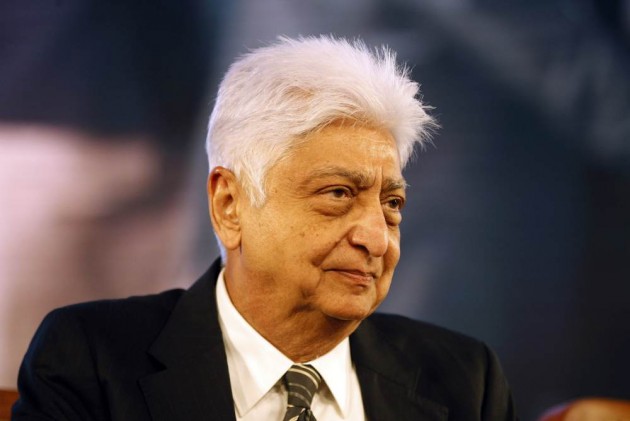 The idea that the wealthy individual must give away their money to society and not die rich comes from Andrew Carnegie. He was an American entrepreneur, a self-made man who built a steel empire, and had begun giving away his money from the age of 35.

Thirty years before that, in 1889 when Carnegie was in his mid-50s, he wrote a work called The Gospel Of Wealth. In it, he explained why the best use of surplus wealth was to plough it back into society. He discouraged extravagance and self-indulgence by the wealthy and encouraged the government to increase its taxes on the dead.

Before the 19th century, the only people wealthy were aristocrats who held large tracts of land on which they received rent or tax (the Queen of England still owns and taxes parts of London). There were a few merchants, of course, but not many, and most of the wealth was held as land.

The idea of charity during the time was unknown, though the church took a cut of the income of all who could give. This was called a tithe and was often 10% of income. Some form of this survives even today. The Indian Shia communities of Dawoodi Bohras and Ismaili Khojas give a percentage of their annual income to their religious heads, the Syedna and the Aga Khan, who then spend the money, often on charitable things like hospitals and schools.

Hindus also give money to temples, but a lot of it is given as gold, which cannot be used. I am currently in Kerala and visited the Padmanabhswamy in Thiruvananthapuram. It is one of the wealthiest temples in India, though most of its riches are held as a precious metal.

It is on this culture that Azim Premji has left his mark. He retired as chairman of Wipro this week and is one of the world’s greatest philanthropists. Premji has given away about one and a half lakh crore rupees of his wealth. Most of us will not even know what that sum actually means.

To put it into context, it can fund India’s health budget and education budget. The sum he has given away represents Premji’s life’s work. He began at the age of 21 and took charge of a small company making oil (Wipro stands for ‘Western India Vegetable Products Ltd). He expanded it over the decades, most notably in the information technology space. This is where most of the wealth was produced.

Premji began giving away and pledging his money as he was making it. This ensured that there were professionals who had experience in the sector and were handed control of his money and asked to give it away on his behalf.

This makes Premji highly unusual, especially in India. Our wealthy like opulence, such as palatial houses, yachts, private jets and fleets of flashy cars. The rest of us in the middle class enjoy this spectacle and we call it Page 3 culture.

Premji, even as one of the world’s wealthiest individuals, has led a modest life. This modesty was visible again when he wrote his letter to Wipro staff announcing his departure.

Most of the letter from the beginning is devoted to introducing the new chairman and new managing director. His own mention comes at the bottom and is typically understated.

There is no reference at all to his own achievements. I do not know of another resignation letter that is like it. Especially from an individual who has such achievements to his name.

As Indians, we don't have many good role models for individual behaviour. Our leader has worn a suit with his name written on it in gold, and this has not offended most people. We like loud and charismatic individuals, who behave like movie stars.

We must note that it is in this environment that a billionaire has chosen to do what nobody has done before him and done it with modesty and dignity.

Few things in the modern era make me proud to be a Gujarati. But Premji’s life is definitely one of them. We can all look at it as an example and say: “This is what the human being is capable of.”