India, Pakistan And The Cost Of A Cup Of Tea In Kashmir 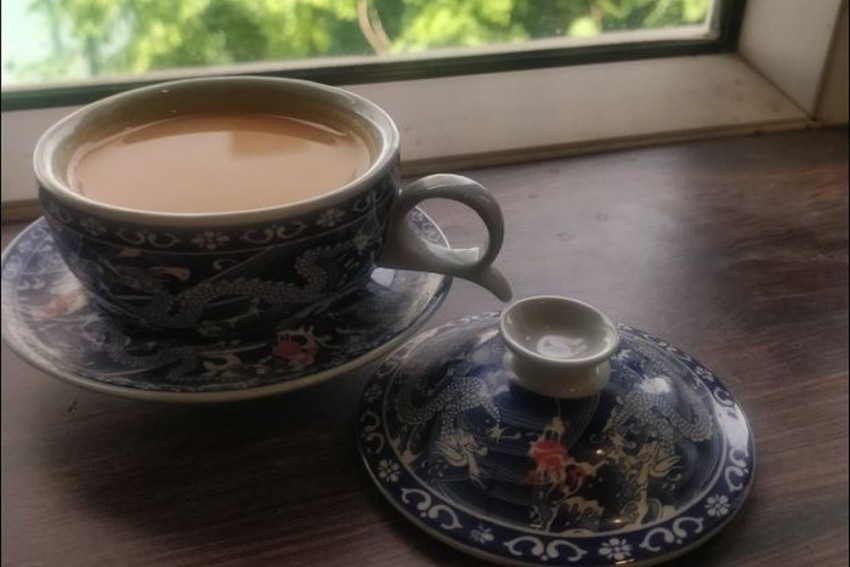 The restaurant menu claims to serve 32 types of tea, including nine Kashmiri variations.
Twitter.com/roohinazki/media
Naseer A Ganai June 12, 2019 00:00 IST India, Pakistan And The Cost Of A Cup Of Tea In Kashmir 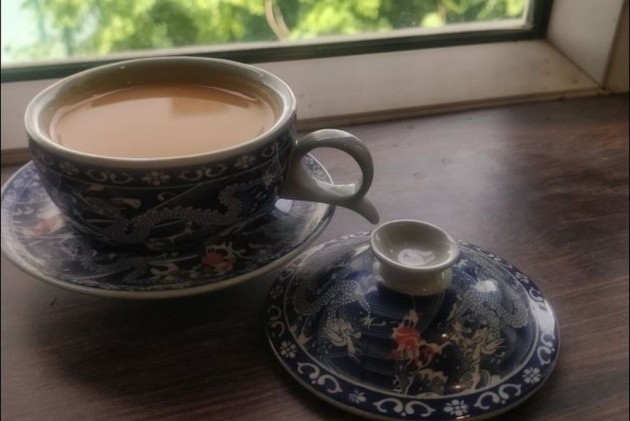 It all started with a question. French philosopher and writer Voltaire said: "Judge a man by his questions rather than by his answers." In Kashmir too, a 20-year-old girl was judged for asking the cost of a cup of tea served at a restaurant. The question has now kicked up a controversy in the Valley for writers, poets, top police officials, bureaucrats, feminists, to weigh in and take sides on the issue.

The story begins at beautifully decorated "Chai Jaai" restaurant, located at the bund, on Residency Road, facing river Jhelum. It is next to Mahatta & Co studio in the Dhanibuoy building. A rich collection of Mahatta’s photographs showing Kashmir's cultural history is displayed in the art gallery.

The interiors of the tearoom are decorated with attractive work of paper mache. The restaurant menu claims to serve 32 types of tea, including nine Kashmiri variations like Nun Chai (salt tea), Kahwa etc. The rich and famous, the powerful and not-so-powerful, everyone visits this place.

Two weeks ago, Chai Jaai owner Roohi Nazki posted the picture of her restaurant and tea pots on her Twitter account. A young woman asked the cost of a cup of tea served at the restaurant. The query baffled the owner who judged the young girl. Responding to her query, the owner wrote: “emi khot gaseye tuhund beychun” (instead of asking this question, you should start begging). She didn’t stop there. She called her "subsidy baaz" -- those who enjoy subsidised food items. She called them "Fakir". In this context, Fakir means beggar. President Trump is more benevolent towards CNN and other media outlets that question his policies. He stops his tirade at “fake news” and moves on.

Her response to the query created a storm beyond a teacup. In the politically sensitive Valley, the people who are most worried about Delhi’s next move in Kashmir, these days spend most of their time in debating the response of the café owner. People forgot everything, including the raid on Jammu and Kashmir Bank. Everyone is talking about Chai Jaai, including the owner.

The owner says that being a woman entrepreneur, she is being threatened. She called her café as an "icon" which was created in two years and alleges that people are against it.

Many jumped into the debate and sided with the owner. They called it a “class and clan” war. “It was an altercation between two individuals and should be left at that, they argued, adding that everyone has a skeleton in their closet.

"We have made khana jangi a habit,” said one. Khana jangi means civil war. It made the debate more acrimonious.

After several days, the owner issued a statement for the “social media community of Chai Jaai.” “To all those people I would like to state that the modified retweet is the culmination of a sustained attack launched against the Chai Jaai on twitter. Over the last few weeks, different ‘isms’ (elitism, capitalism, fetishism etc) have been evoked to malign the reputation of the brand but we took it on our stride,” the statement reads.

She stopped short of calling her opponents pupils of Marx, Mao, and Lenin, who have taken Twitter train to Srinagar to attack her and demolish Adam Smith’s free market concept in Kashmir. She, however, didn't bother to explain what “modified tweet” means.

The owner said the real trouble started when Twitter users trolled a poetry event, organised by an international forum, that was to be held at Chai Jaai. “The organiser’s poster was questioned online. Poets, who gave the consent to participate, were threatened to withdraw, and Chai Jaai was called an agency of the State.”

The explanation and entry of both India and Pakistan into the issue didn’t end it. “How a person can say offensive things, justify them and play victim at the same time,” the girl who had asked, “original question,” wrote back on social media. “No screenshot was modified. I quoted your tweet with a word “cost?” to which you replied “emi khot gaseye tuhund beychun,” the ‘original sinner' replied.

Both sides are now back to square one. The debate continues. A simple apology could have saved both India and Pakistan from getting into the internal matters of "Chai Jaai". But then, I repeat, it is Kashmir.

The owner would say in her previous interviews that she always fought for equality and “question of equality defined her and her individuality.”

“For me, being a woman means there can’t be any compromise with equality.” But here she shocked people with her comments and has not shown the courage to apologise and end the issue. An apology from the owner would restore grace to Chai Jaai.

In Girish Karnad's Death, My Lear Has Passed Away