Indian Armed Forces, Civilians Continue To Bleed In Internal Conflicts, But Do We Care?

The drip-drip-drip of losses inside, much higher in volume, continues to bleed us without any effort to bandage or to examine the wound. 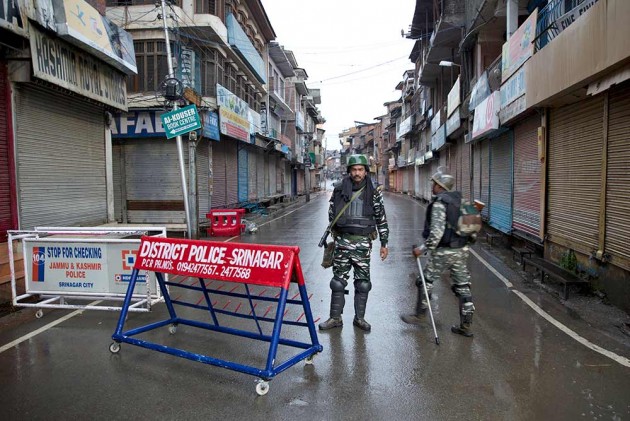 In the last 20 years, India has lost three times as many of its security personnel in internal conflicts as it did in the  1962 war against China. Six times as many members of the armed forces have died fighting in Kashmir, the North East and in central India (in what is called the Naxal areas) during this period than our losses in the Kargil war. More Indians have died in these places than in the 1962 and 1971 wars against Pakistan combined.

These are lives that have been sacrificed not for any external aggression but because the state is unable to come to terms with its own people. These deaths are the result of political failure and not war. The ability of our country to absorb this sacrifice of blood without any resistance makes it easy for India to continue with its actions in these three regions. There is no pressure on successive Indian governments to change their policy on the internal conflict -- whether it is succeeding or failing or just drifting along -- because the continued deaths of soldiers and civilians are acceptable.

There has been no internal debate on what our recent masterstroke in Kashmir will mean for the armed forces who serve there and have been overseeing a sullen and disillusioned population for 3 decades. A visit to Srinagar will show the streets are patrolled by armed men -- from various parts of India -- who do not speak the local language and do not look like the local population. The paramilitaries walk the streets of Kashmir’s cities while the army patrols the periphery.

These men in the cities are there to suppress the sentiment, often expressed through violence, because there is no other means to do it. Communications and the media have been throttled in Kashmir for years, and this is not the first time that they have faced collective punishment through an absolute blackout. The rest of India has no problem with this
lockdown without necessarily giving a thought to what its fallout is.

One reason, and perhaps the biggest reason why this happens, is the distance from the violence, and the fact that most of us have no real stake in it. In America, there are usually about 100 members of their parliament, which is called Congress, who have served in the US military. America is the world’s most powerful military force and regularly and easily chooses to enter armed conflict — in Korea, Vietnam, Iraq and Afghanistan. However, it is a country that tends to be self-correcting and is able to exit conflicts because it has a high proportion of leaders who have themselves been soldiers. They are able to unemotionally weigh the real costs against the imaginary benefits. During and just after the Vietnam war, this figure of warrior-leaders was so high that about 3/4th of all legislators were former soldiers.

What the armed forces do in various parts of India including Kashmir is valorised by the media. We journalists do not have any independence of mind to be able to look at what is happening through neutral eyes. That makes it possible for us to take sides and ignore reality.

It may surprise readers to know that it was the work of a Pakistani reporter that caused the world to look at atrocities in East Pakistan with seriousness. The reporter was Karachi’s Anthony Mascarenhas, whose writing for the British newspaper the Sunday Times published in June 1971. He exposed what the Pakistani army had been doing to its own civilians. It is just as difficult for Indian journalists to do this in Kashmir, the ‘Naxal belt’ and the North East because of the atmosphere we have created against our own people.

The reality is that all occupying armies, with armed men living far from home, and amid hostile populations, behave in the same way. This has not changed throughout history, whether we look at Vietnam or Iraq or Sri Lanka. That is the nature of man and the higher blame for that must fall on the leadership of nations that put their armed forces through this trial, and on the populations that are willing to back it. Thousands will continue to perish.

The great wars against China and Pakistan are remembered in India's history books, and our losses there are memorialised. But the drip-drip-drip of losses inside, much higher in volume, continues to bleed us without any effort to bandage or to examine the wound.