Is It Kashmirisation Of India? Not By Any Stretch

The government has taken a leaf out of its Kashmir book to try and end protests. It has closed down the internet and it has unleashed the police against peaceful protestors. 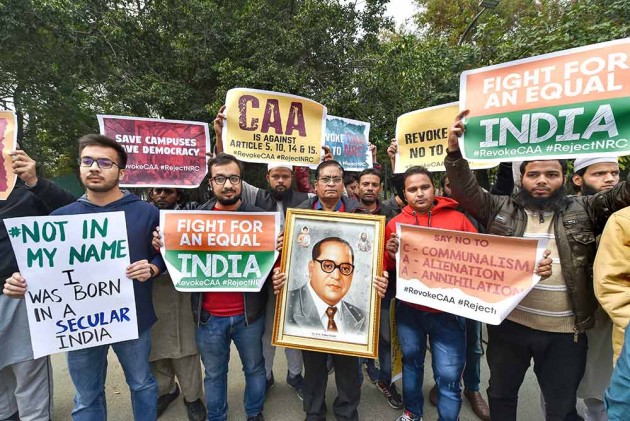 As protests against the Citizen Amendment Act (CAA) rage across India, many argue that the response of the government at the centre signifies Kashmirisation of India – it is doing to the whole country what it has been doing to dissent in Kashmir.

Many Kashmiris, who have access to the internet, though, object to this drawing of parallels.

They are right. On August 5 this year, Kashmir came under siege. That morning three former chief ministers, Dr. Farooq Abdullah, Omar Abdullah and Mehbooba Mufti were taken into custody, along with thousands others. Senior and junior separatist leaders were also held. There was a complete communication blockade and the BJP government declared Article 370 null and void in the Parliament.

What happened next? A large section within the Congress party wholeheartedly supported the move. Arvind Kejriwal welcomed the decision. Jammu and Kashmir was downgraded to a Union Territory and the Chief Minister of Delhi, who is calling for upgradation of Delhi to a full state, hailed the action. In fact, he was the first to describe it as a “great step”.

There was huge rush of moderate voices to welcome nullification of Article 370. They feared that if they were not seen as supporting the move, they would be treated as soft on Kashmir. You have to be hardliner and must be seen as a hardliner, when it comes to Kashmir.

M. J. Akbar concludes his book, Kashmir Behind The Vale, with this sentence: “Kashmir will never be at peace with itself as long as the mazar of Sheikh Mohammad Abdullah needs to be protected with guns.” The same M.J Akbar was sitting behind Home Minister Amit Shah thumping the table in the Parliament as Shah announced revocation of Article 370, amid arrest of Sheikh’s sons, his daughters, grandson and granddaughter, and thousands others.

The Congress party leader, Shashi Tharoor, who seeks compensation from the British for colonisation of India, can claim that he spoke in favour of Kashmir because he wrote a letter of sympathy to Dr. Farooq Abdullah. At the same time, he did not hesitate to justify abrogation of Article 370. That is the commitment of liberals and hardliners alike -- across the political divide in India -- towards Kashmir.

National Conference, soon after the Public Safety Act was extended against Dr. Abdullah, tried to remind the government that he is the same person who went to Geneva with the former prime minister, Atal Bihari Vajpayee, to defend India’s human rights record in Kashmir. This didn’t make any difference.

In Parliament, Home Minister Amit Shah read the Congress template to Congress members, informing them that he is following in their footsteps in Kashmir. He reminded them of the long incarceration of Sheikh Abdullah and of the change in nomenclature of prime minister to chief minister. In short he was reminding them that they shouldn’t raise any concern about Kashmir as it goes against the policy of consensus.

When a Kashmiri was chained to jeep bonnet and driven through villages by an army officer there was nothing but admiration for the act across the political landscape of the country. That signifies Kashmir consensus.

When the US senator Bernie Sanders raised Kashmir and talked about human rights situation in the region, he was lampooned by political leaders and liberal voices in India. Bernie, tweeted Abhishek Manu Shanghvi deriding the US senator, there was what he called a "collective conscience" regarding Kashmir. That is the Kashmir consensus.

The CAA protests across India are an indication of a vibrant democracy. It is about dissent. It is a voice of disapproval by liberal persons who are out on the streets, ready to go to jail for what they believe in.

There were similar protests in Kashmir, when slogans of Azaadi were raised. The government has taken a leaf out of its Kashmir book to try and end protests. It has closed down the internet; it has unleashed the police against peaceful protestors; it is asking parent to counsel their children to refrain from protests; it is using drones to send the message that the state keeps an eye on every one. It may also be calling influential people in various localities to impress upon the protestors that they should behave.

But still, it is not Kashmirisation of India.

India’s Kashmir democracy today lies in jails. Kashmir has seen the world’s first mass blinding. It has a Pellet Blinds Association, it has an Association of Disappeared Persons, it has Half Widows, it has unknown unmarked graves. It might even soon have an Association of Pro-India Leaders in Custody.

The country has seen the brutal end of a police baton, but it has not seen even a semblance of what Kashmiris goes through in their daily lives. The Union Territory has become a victim of a Continuous Traumatic Stress Disorder.

So don’t say India is facing what Kashimir faced. If you don’t believe me, ask Farooq Abdullah. He might be able to give you better details.