The constituency that was affected by the ban was not big, and the public at large does not sympathise with them, and so the political parties kept figuring out ways to keep the ban going. 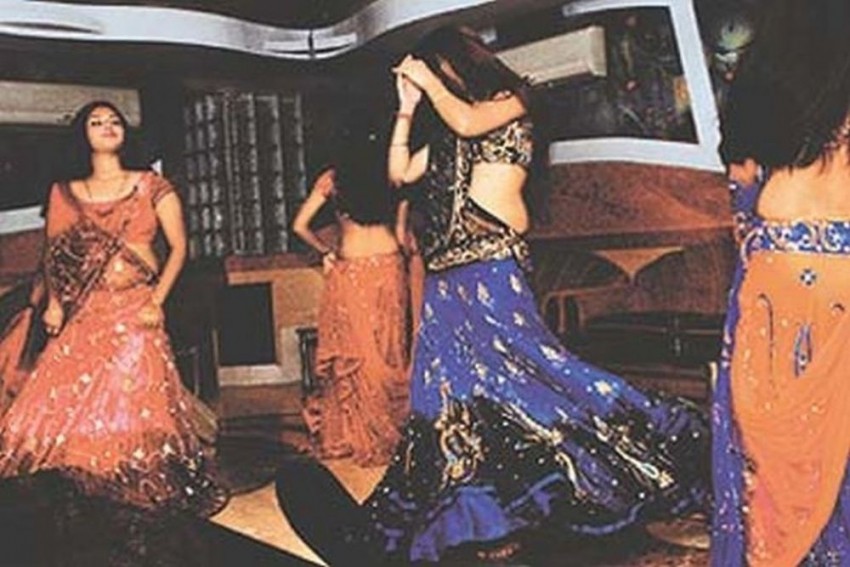 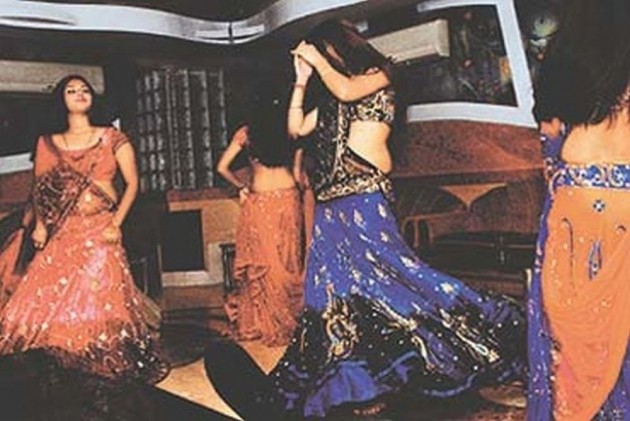 The tradition and culture of the dance bar originated in Mumbai, particularly the area around Mumbai Central. Similar (and larger) places exist in the suburbs of the city and outside of Mumbai as well, but their origin is in the area that is described above. The tradition may have to do with the public performance called Lavani, which is unique to Maharashtra.

The format of the places is similar. Small groups of men, and sometimes their families, sit on tables facing a small open area where half a dozen women dance to Hindi songs. The women are dressed fully. The waiters serve alcohol, and even soft drinks are priced at the same level as beer. The women who are dancing are sometimes showered with currency notes by men who leave their table and go to the open area. The men are discouraged from touching the women, and there are a few bouncers who regulate what is going on. There is probably a simple system for working out how the money that has been thrown is distributed and who gets what, though I do not know what it is. The women do not reach out or collect the fallen notes; someone else does that.

The dance bar usually has multiple areas and the ones on the higher floors are reserved for clients willing to pay more money for privacy. The dancing women move from one area to the next after a few songs, unless there is someone who is paying a lot of money for someone particular to remain.

I went to one such place many years ago out of curiosity when I was editing a newspaper in Mumbai and I did not find the experience unpleasant. Similar places exist in other parts of the world, for example in Thailand and even in Japan. However, these places have not faced the anger of the state as they have done in India. In Mumbai, the dance bars were first banned about 15 years ago under the Congress government of Vilasrao Deshmukh. This happened at the instance of the home minister, RR Patil, who was from a village and did not like the ways of the big city. His particular objection was to women working at night and he claimed he was doing it to protect them.

The bar dancers, who were aware of the politics around their issue, protested to him but he did not listen. The dance bars went underground after this and they continued to function, though the famous ones in Central Mumbai had to shut down or change the nature of their work because they were operating legally. The constituency that was affected by the ban was not big, and the public at large does not sympathise with them, and so the political parties kept figuring out ways to keep the ban going. This has changed with the Supreme Court saying this week that the ban was illegal. The state could regulate but could not prohibit. In particular, I was interested at the language that the judges used. They said that “a practice which may not be immoral by societal standards cannot be thrust upon society as immoral by the State with its own notion of morality and thereby exercise ‘social control” and that “standards of morality in a society change with the passage of time.”

The court said that the ban on alcohol at the dance bars was “totally disproportionate, unreasonable and arbitrary”, and the requirement for a licensee to be of “good character” was described as too vague. It also said that the government could not insist on CCTVs to regulate the places because this was a violation of privacy.

The court upheld the ban on “throwing or showering coins, currency notes, etc” that could lead to “any untoward incident” but said that “handing over of the notes to the dancers personally is not inappropriate.” I find this strange because showering of money on individuals is an Indian tradition and happens even at weddings. Overall, the judgment is very liberal and it will be interesting to see what sort of places will come up in Mumbai because of it. The court rejected the requirement for a monthly salary, saying this would restrict the women’s option of performing at more than one bar. Many of us will not like the fact that places like dance bars exist, because we see them as in some way corrupting the society and a bad influence. We are convinced that what goes on is morally wrong and the women are exploited, though we do not ask the women participating in this if they enjoy their work or are proud of it.

Whether we like it or not, whether we see it this way or not, social progress is linked to morality and particularly how we view women. This is why conservative nations that avoid difficult debates are usually ones which are last to make progress. The same instinct that thinks that women should remain at home and not be at the workplace, objects to the dance bar. That is why, even if it makes many uncomfortable, what India has allowed through this judgment is absolutely the right thing.