The BJP won a staggering 42% of the vote in Uttar Pradesh in 2014. It held on to this three years later, taking 41% in 2017’s Assembly election. Narendra Modi appears to be upending traditional political calculations in the state 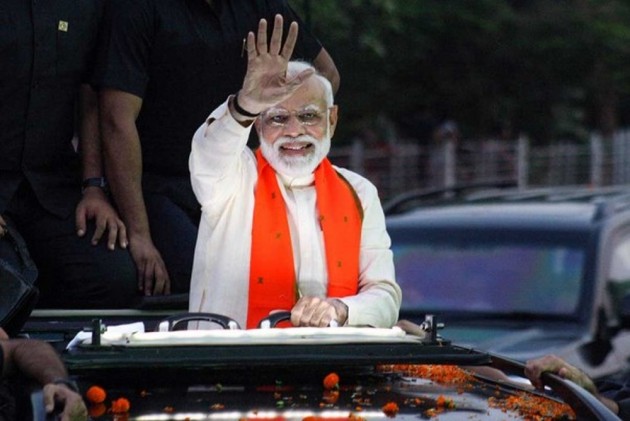 The rest of India usually looks down on Uttar Pradesh, which, I think, is quite unfair. In many parts of the country, the migrant native of UP is tormented through the local politics. In places like Maharashtra and Gujarat, where people from UP have done really well as hardworking contributors to the economy, they have been manhandled in the past.

There was a television show on a news channel some years ago which reflected this. It had polled Indians on culture, music and so on. The questions were things like which is the best ever cinema song. On that particular question, the experts in the studio were totally wrong, because they had picked classics by Lata Mangeshkar and Kishore Kumar. But what was in fact seen as the all time best song was something very recent, I think it was from a Shah Rukh Khan film.

Another question which flabbergasted the experts was which was the favourite state of India, meaning which state was seen by Indians as the best. The experts picked Goa and Kerala, except for Rajiv Shukla who was insistent that the most popular state for Indians would be UP. He turned out to be right, to the shock of the others, who probably saw UP in the same way as many urban Indians do, which is to say a Bimaru state.

However, in this election, UP has certainly become the favourite state of all. Whether one wants the BJP to win or the SP-BSP alliance, it is becoming clear that UP will decide whether Narendra Modi will remain prime minister.

It has 80 seats, of which 71 were won by the BJP in 2014. If the BJP again wins Uttar Pradesh, it will have substantially upended the conventional political science theories which centre around caste. The understanding is that political parties have a primary caste base (for example the BJP in Gujarat is the party mainly of Patels, the Samajwadi Party and Janata Dal-Secular of the Yadavs and so on). The party keeps these communities with it through sharing political power with them, giving its members tickets to contest and ministries and other perks.

Once in power it also ensures that political patronage in the form of government jobs and reservations and such direct means of payback are enforced. These caste based parties are able to transfer their votes when they form alliances and therefore alliances are politically beneficial.

The BJP under Narendra Modi appears to be upending this tradition in North Indian states. It is overturning in noticeable ways the traditional, caste-based politics. It doesn’t make sense, especially in a first past the post system, for a single party to approach 50% of voteshare. This is because its patronage will be distributed over a much wider social grouping, where each community gets less. But the BJP has touched 50% voteshare in Gujarat and is approaching it even in India’s largest state.

You could argue that it is possible for a party to offer so much more than its rivals that it can legitimately command half or more of the voteshare figure. Perhaps. But it is difficult to see this happening in a nation as poor as India where poverty and unemployment are facts of life. It is the middle class that can afford to pick a government on the basis of military action abroad.

For most of us, real delivery by the government is something that affects everyday life. The fact is that no government can produce much difference in everyday life for all and therefore it is is vital that community interests be secured through political patronage.

The BJP won a staggering 42% of the vote in UP in 2014. It held on to this three years later, taking 41% in 2017’s Assembly election. I say this is staggering because such a large vote share has not been required to win UP before. The SP won a full majority in 2012 with 29% of the vote.

Modi’s post-caste coalition seems to have changed the game. Mayawati secured 20% of the vote in 2014 but won zero seats. The SP got 22% and won only five. If there is a total transfer of votes from one party to another and vice versa in their alliance this time, the two sides are dead even in their match-up. In that sense, it will be a match between the old caste politics and something new which we have not fully understood.

In the 2017 assembly polls, the SP won 28% and the BSP 22%, giving them a little more allowance for transfer losses and this makes the contest so interesting.

The Congress used to be the Indian party that was above caste at one point in time. It did claim to represent Dalit, Muslim and Adivasi interests but it was never a caste-based party. The BJP appears to have fully taken over this post-caste identity, though with the important qualification that it only seeks Hindu votes.