New Job For Justice Gaur: Even Arun Jaitley Felt It Was Wrong To Reward Retiring Judges

The government’s decision to handpick Justice Gaur for the post-retirement job has expectedly raised eyebrows, particularly within the Opposition and a section of the legal fraternity, as it is being seen as an ‘award’ for ensuring that Chidambaram ceases to enjoy protection from arrest. 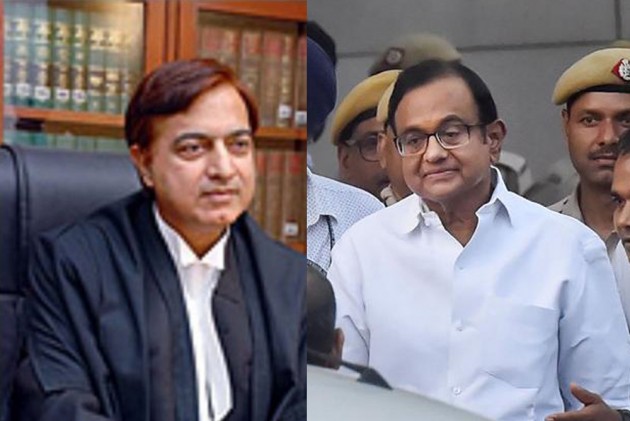 Decks have been cleared by the Union government for appointing former Delhi High Court judge, Justice Sunil Gaur, as the next chairperson of the Appellate Tribunal for Prevention of Money Laundering Act (PMLA).

Justice Gaur, who retired from the Delhi High Court on August 23 – three days after he authored the judgment rejecting former finance minister P Chidambaram’s anticipatory bail plea in the INX Media case, paving the way for his arrest – is likely to take over from Justice (retired) Manmohan Singh who retires as chairperson of the tribunal on September 23.

The government’s decision to handpick Justice Gaur for the post-retirement job has expectedly raised eyebrows, particularly within the Opposition and a section of the legal fraternity, as it is being seen as an ‘award’ for ensuring that Chidambaram ceases to enjoy protection from arrest. The former finance minister had been on pre-arrest bail for eight months and the verdict on the extension of his anticipatory bail had itself been, inexplicably, reserved for almost seven months by Justice Gaur himself.

The allegations of a quid pro quo are expected to fly in fast though, like most such claims, they will remain a matter of conjecture and politicking. However, if Justice Gaur indeed accepts the new role that the government has ostensibly reserved for him, his imminent appointment will reignite the debate on whether judges need to have a “cooling-off period” immediately after their retirement before they are rehabilitated with important postings by the government.

For a party that owes much of its current political and electoral buoyancy to the late Arun Jaitley, the BJP and Prime Minister Narendra Modi, seem to suffer from selective amnesia on what their recently deceased leader had to say about post-retirement jobs for judges.

In 2012, when Jaitley was the Leader of Opposition in the Rajya Sabha, he had strongly advocated the need to have a minimum two-year “cooling off period” for retiring judges before they are shortlisted by a government for any assignment. Jaitley, a former law minister and also a senior advocate of repute, could not have expressed himself in clearer terms.

Addressing a conference organised by the BJP’s legal cell in New Delhi on September 30, 2012, which had in attendance several members of the legal fraternity, Jaitley had said: “Pre-retirement judgments are influenced by a desire for a post-retirement job,” while asserting that “this clamour for post-retirement jobs is adversely affecting impartiality of the judiciary”.

Aware that the statute requires retired judges and chief justices to head various commissions and tribunals, Jaitley had also suggested a mechanism to ensure that such posts do not remain vacant while, at the same time, immediate rehabilitation of retiring judges is avoided. “For two years after retirement, there should be a gap (before appointment), because otherwise, the government can directly or indirectly influence the courts and the dream to have an independent, impartial and fair judiciary in the country would never actualize,” Jaitley had said.

Another observation Jaitley had made at the conference sounds almost prophetic in the context of Justice Gaur’s purported post-retirement job. “Even before they (judges) retire, it is decided for Supreme Court and high court judges as to which Commission they will go and join,” Jaitley had said.

Of course, Justice Gaur’s post-retirement role isn’t the first such incident of a retiring judge being sounded out for a new assignment since the Modi government was voted to power first in 2014. During the Modi government’s first term, over 10 judges were selected for post-retirement jobs as heads or members of different commissions and tribunals.

There was also the much controversial appointment of Justice P. Sathasivam as Governor of Kerala shortly after he demitted office as the Chief Justice of India and within months of the Modi government being sworn-in. Justice Sathasivam’s gubernatorial stint was criticised by the Congress-led Opposition as a reward for his decision, over a year before his retirement from the apex court, to grant relief to Amit Shah in the Tulsiram Prajapati fake encounter case.

Evidently, the Modi government had rejected Jaitley’s strong reservations against post-retirement jobs for retiring judges not just during his lifetime but when he was also, arguably, its most powerful minister after the Prime Minister.

In February 2019, the Modi government made it known that Jaitley’s 2012 suggestion was not even under consideration. Replying to a question in the Rajya Sabha, then junior minister for law and justice, P.P. Chaudhary said that the government was not considering introducing any provision for a cooling-off period for retiring judges. The Centre’s reasoning was one that non-BJP governments in the past have often used to award judges with post-retirement assignments.
“Various legislations enacted by the Parliament have provisions for the appointment of sitting/retired judges of the Supreme Court or High Courts as chairpersons and members of commissions, tribunals and authorities,” Chaudhary had said.

Jaitley, who was an avid blogger of issues pertaining to his government’s agenda, himself never reiterated his demand for a cooling-off period for retiring judges after the BJP came to power.

The controversies over retiring judges being appointed to various offices continued throughout the Modi government’s first stint and the trend has been kept alive with Justice Gaur’s appointment.

Among the other high profile and controversial appointments of retired or retiring judges during the Modi regime was also that of Supreme Court’s Justice Adarsh Goel. On July 6, 2018, hours after he demitted office, Justice Goel was appointed as the Chairman of National Green Tribunal (NGT), a body that had remained headless for many months. Weeks before retiring from the Supreme Court, Justice Goel headed the bench that severely watered down the SC/ST (Prevention of Atrocities) Act after the Modi government’s law officers failed to put up a strong defence of the legislation. Many of Modi’s ministerial colleagues, including Ram Vilas Paswan and Ramdas Athawale, had then demanded that Justice Goel be removed as NGT chief while several Opposition leaders had alleged that the reading down of the SC/ST Act was part of the Modi government’s agenda. The uproar by Dalit and tribal activists, five months ahead of assembly polls in states like Madhya Pradesh, Chhattisgarh and Rajasthan, had forced Modi government to reverse Justice Goel’s verdict through an Ordinance.

In January 2019, it was Supreme Court’s Justice A.K. Sikri who was left embarrassed when news got out of the government’s decision to nominate him for an assignment at the London-based Commonwealth Secretariat Arbitral Tribunal (CSAT) upon his retirement in March that year. Three days before the news of his nomination to the CSAT broke, Justice Sikri had sided with Prime Minister Modi at the meeting of the high-level committee to sack Alok Verma as the CBI Director. A red-faced Justice Sikri was forced to decline the government’s offer of giving him the CSAT posting.

The Modi government, certainly, isn’t the only regime to have showered post-retirement assignments on retiring or retired judges of the Supreme Court and High Courts. A 2018 compilation by Vidhi Central for Legal Policy had pointed out how, since 1950, over 70 retired Supreme Court judges had taken up government offers for chairing or being members of various commissions, tribunals, authorities, etc. The list includes as many retired Chief Justices of India with incumbent Ranjan Gogoi’s immediate predecessors, the controversial Justice Dipak Misra, Justices T.S. Thakur and J.S. Khehar being notable exceptions. The practice of appointing a retired Supreme Court judge as Governor of a state isn’t new either – the apex court’s first-ever woman judge, Justice Fathima Beevi had, as way back as in January 1997, been appointed Governor of Tamil Nadu – though the Modi government did score a first of sorts by appointing a retired CJI, Justice Sathasivam, as Governor.

The weeks ahead will show whether the purported appointment of Justice Gaur to the Appellate Tribunal for PMLA triggers another shrill controversy over judges being awarded post-retirement postings and if the debate on amending laws to prevent such assignments actually results in something concrete. However, amid efforts to immortalize Arun Jaitley by various means – renaming Delhi’s Feroz Shah Kotla stadium after him being the first – the government could do better to fortify his legacy by actually giving his advise on a cooling-off period for retiring judges legal sanctity, thereby preventing future controversies.