Nitish Saw Modi Wave Coming, Made Amends In Time To Return To NDA

Going by the astounding victory of the NDA in the just-concluded general elections, it seems that Nitish Kumar had taken a rather pragmatic step by walking out of the Mahagathbandhan at the right time. 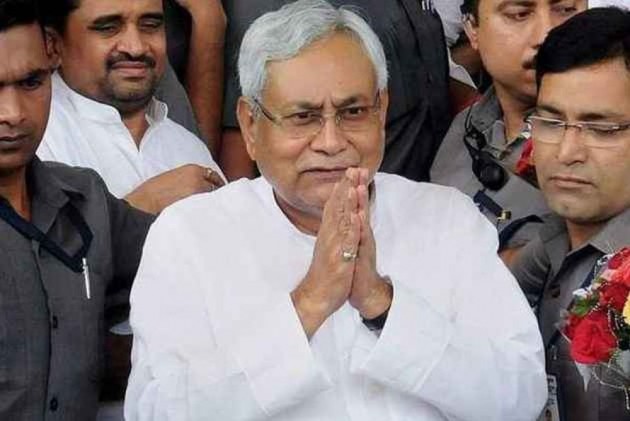 Bihar Chief minister Nitish Kumar had come in for scathing criticism when he chose to return to NDA in 2017, four years after he had severed his 17-year-long ties with the BJP over the projection of Narendra Modi as its prime ministerial candidate in place of Lal Krishna Advani. It had prompted many to call his decision a big political blunder, and others to lament his “great betrayal” to the people of Bihar who had voted him to power with a massive mandate in the 2015 assembly elections when he was the chief ministerial candidate of the Mahagathbandhan, a pre-poll coalition of the JD-U, the RJD and the Congress. A few political commentators also mocked at him for having squandered a golden opportunity to emerge as an alternative of the joint opposition to Modi at the national level. Two years thence, Nitish ultimately appears to have the last laugh with the next best option at his disposal.

Going by the astounding victory of the NDA in the just-concluded general elections, it seems that Nitish had taken a rather pragmatic step by walking out of the Mahagathbandhan at the right time. Less than a year after the assembly polls, he had started facing multiple problems in running the coalition government in Bihar, especially with Laloo Prasad Yadav’s party behaving in a big-brotherly manner. The RJD had actually emerged as the largest party in the Vidhan Sabha in 2015, winning 80 seats, nine more than JD-U. But it was Nitish who took oath as the chief minister under a pre-poll arrangement between Laloo and him. In consolation, Laloo’s sons joined the Nitish government as senior ministers with three key portfolios each. Besides, Tejashwi was appointed as the deputy chief minister.

Still, it rankled many RJD leaders who soon felt that by virtue of being the largest party in the coalition, their party had the legitimate right to the chief minister’s post in keeping with the time-honoured democratic traditions. Reports of Laloo’s alleged interference in the day-to-day work of various ministries allotted to his party also began trickling in. To worsen the matters for Nitish, senior BJP leader Sushil Kumar Modi started levelling a slew of corruption charges against the Laloo clan, including his minister-kids. With his oft-stated zero-tolerance stance over corruption, Nitish waited for Laloo’s minister-sons to explain their positions on the allegations against them but they could not offer any explanation except trashing all of them as part of a sinister plot hatched by the BJP and the RSS. Finally, Nitish walked out of the grand alliance and found the BJP waiting for him with open arms.

Nitish’s move startled many political commentators because he had returned to power in Bihar in 2015 on an anti-Modi agenda. But he probably had no other options at the time. He might have realised that unlike in 2015, Laloo would never accept him as the chief ministerial candidate in the 2020 assembly elections, and would definitely prefer to project Tejashwi in his place. With BJP, he knew, it would not be the case since his erstwhile partner had no inhibition in accepting him as the leader of their alliance in Bihar. Besides, Nitish also had the inkling that nobody would be able to defeat Modi at the Centre in 2019.

As for his chances of emerging as an alternative to Modi as a joint candidate of the opposition at the national level, he had already explored that option. He had reasons to realise that neither the Congress nor any major regional players such as Mayawati, Akhilesh Yadav, Mamata Bannerjee or Naveen Patnaik would ever accept him as their leader, given the strength of his party in the Lok Sabha. Besides, he was aware of the fact that his party was not in a position to get a majority on its own even in Bihar’s assembly elections, regardless of the good work done by him on the development front. He, therefore, had to align with either the RJD or the BJP to stay in power. Since he had a comparatively better experience of running the government with the saffron party in the past, he took the most pragmatic decision of going back to the NDA. The BJP also treated him fairly by sharing an equal number of the seats (17 each) in the latest Lok Sabha polls.

The outcome of this election now underlines the fact that his great political gamble to switch sides paid off handsomely. The JD-U has 16 MPs in the new Lok Sabha, 14 more than the last time. It is also all set to be part of the Modi government now. In all likelihood, the NDA will again project Nitish as its chief ministerial candidate in the Bihar assembly elections due next year. With Modi firmly on the saddle at the Centre for the next five years, he could not have expected a better bargain in or outside Bihar.