The Valley Has Fallen Into Rigor Mortis

It’s eighth day since curfew and restrictions were imposed in Kashmir after the abrogation of Article 370. And there has been no respite for the people so far, baring a few hours of relaxation here and there. 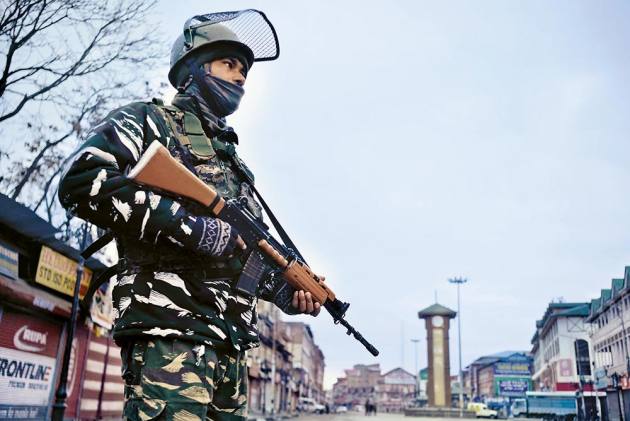 If you have to imagine Kashmir right now, picture an abandoned ancient fort under a spell of black magic. The Valley is metaphorically and literally under a dark spell right now.

It’s eighth day since curfew and restrictions were imposed in Kashmir after the abrogation of Article 370. And there has been no respite for the people so far, baring a few hours of relaxation here and there.

Monday was celebrated as Eid across India and Pakistan. Kashmir woke up to announcements from the police that a renewed curfew had been imposed and, despite the special occasion, people were asked to stay indoors.

Blog | The Little Sleep I Get Is Filled With Nightmares About Home: Kashmiri Living In Delhi On J&K

Blog | Euphoria On Abrogation Of Article 370 Is Wearing Off, Only Time Will Tell Full Meaning Of This Move

Opinion | By Destroying J&K, The Gulf Between 'This Part' And 'That Part' Of India Has Only Widened

Kashmir has been dismembered. It is disconnected from within. People in Srinagar have no idea about what is going on in other districts, and similarly, people in other districts get to know about other parts either through national TV channels or rumours and unconfirmed reports carried by people travelling afoot.

I landed in Kashmir on Saturday. The government had eased the restrictions in the civil lines areas. But reaching home was difficult. I visited Shri Maharaja Hari Singh (SMHS) Hospital in Srinagar where most of the people with pellet injuries are taken for treatment.

I had not been able to contact any of my family members for almost a week. And there, in one of the hospital wards, I saw my cousin wandering anxiously.

“Boba (an elderly relative) is in hospital for three days and we have no idea which ward she is in,” he told me. It took us an hour to search through the entire hospital.

Kashmir continues to be under a complete lockdown on eighth consecutive day. The roads are desolate and teemed with armed forces. People in Kashmir have no contact with their dear ones staying outside the Valley.

A Jammu-based TV Channel, Gulistaan TV, dedicates several hours everyday to telecast the video, text and voice messages sent by Kashmiris living outside the Valley to their families. The 20-30 seconds messages are filled with worry and assurance. “I am fine here but I miss you papa, mama,” a message from Kashmiri girl based in Punjab flashed on TV. Who knows if it was delivered? Who knows if her parents were able to watch the TV when the message flashed.

Messages from children to their parents are breaking news nowadays in Kashmir.

I met a youth at the SMHS hospital. He laid on a bed in an almost empty ward. His right eye was swollen and blue. “I was playing cricket. The CRPF shot pellets at me and I fell unconcsious,” he said. A doctor said that he may lose his sight in his right eye. With no means of communications, he was taken to hospital by strangers and his family learnt about the tragedy hours later.

In the same hospital, a woman sits and sobs by her son -- both of his eyes shot at by pellets and his liver injured. “Doctors said he may not be able to see again. He had gone out to buy bread. And security forces shot at him,” she said.

I met a friend in Srinagar. Call it a miracle, but his landline worked sometimes amid the communication blackout. And he made good use of it. He called several Kashmiris living outside the state and asked them if they had any message for their families. Then he would carry those message to their families. Messengers in curfew.

It is not mere desolate roads that instill fear and panic. A contigent of armed forces sits by the gate of my home and several other homes. No family member dares to venture out. And that is where the curfew seeps inside the homes.

“Your brother feels anxious all the time,” my mother told me. It’s not easy to stay indoors for over a week, under house-detention, with communication blackout. Imagine living in an open air prison – that is how it is being at home in Kashmir these days.

People are yet to react to the scrapping of Article 370 and the government’s decision to relegate the state into Union territories. As of now, people are trying to come to terms with the shock they received on August 5. The common question that everyone asks each other is: What will happen next?

Nobody knows what will happen next. As far as the eye goes, everything looks desolate, empty and grey. There is no movement. Life has come to an absolute halt. There is a pin drop silence even on the busiest of the streets. It seems the Valley has fallen into rigor mortis.