Imagine a state of mind of society everyone believes that his or her phone is being tapped. 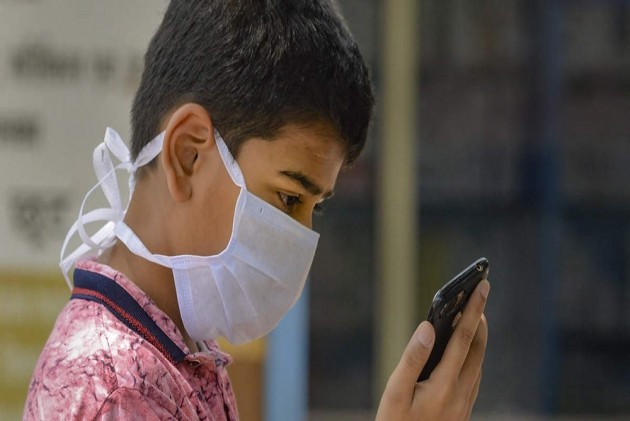 The recent spate of revelatory news stories on potential hacking of phones of politicians, journalists et al in India using Pegasus spyware has led to an uproar bordering on outrage in the country; in Kashmir though, no one is bothered much. For decades, everyone in Kashmir has lived with the thought that his or her phone is being tapped and the government and security agencies are dropping in on the conversation, even if it is about asking someone to fetch milk from the market. People are usually very cautious while talking on the phone about political and other situations and discussions usually end up with “ath peth cha kath karein magar phonas peth na khen, samkhav (we have to talk about it but not on phone, let’s meet.) Sometimes police officers joke, calling it paranoia. But no one believes them not even the police.

In 2011 the Army's Technical Services Division (TSD) had allegedly tapped the phones of the then J&K Chief Minister Omar Abdullah and his colleagues in the Cabinet during the protracted faceoff that year between the government and the Army over the Armed Forces Special Powers Act (AFSPA). The snooping was later reportedly picked up by the J&K Police in Jammu, and the chief minister was subsequently informed and for months Abdullah didn’t use his phone. The incident demonstrated that anyone can be snooped upon, and those snooping might be also under someone’s radar. All this cemented the belief that phones are not secure, no matter what brand you are using: Apple or Chinese made.

A friend, whenever he calls someone, often starts his conversation saying, “my phone is being tapped, please be a bit louder so that the listener shouldn’t face any difficulty.” There are instances when people give wrong addresses and talk non-sense on phone, ostensibly to confuse those whom they perceive are tapping their conversation. At times, I have seen people hurling abuses on people whom they presume might be listening to their phone conversation. Technical glitches are considered strong indications of phone tapping. For instance, if there is a beep during the call, a person assumes his phone is being tapped. Or for that matter, if a wretched low-quality phone like mine has a problem with its volume and I am unable to listen to another person's voice, people like me presume phone is being tapped.

The ability of some harmless Kashmiri phrases to be twisted into meaning something troublesome, just adds to the persistent anxiety. For example, dis taas, essentially meaning “do it”, can be misconstrued as a go ahead to kill someone; saman soz jaldi means “send the goods quickly,” but for someone who is keen on nailing you down on any frivolous loose talk, there can be a lot of substitute meanings for saman, the most feared being weapons. Of course, this can happen in any language, but when you have had an almost three-decade long insurgency at home, instincts push you to use your words more carefully, unless you want to spend years in courts proving the correct connotation of the saman you meant. Or for that matter if you say “ati kya karov, (what have you done there)” when some incident has taken place in your area and this talk can send chill down your spine.

After the advent of WhatsApp and social media communication applications, some government officers had become slightly emboldened, and they started taking calls or calling on WhatsApp. The claims of end-to-end encryption provided a sense of security and privacy to people, assuming the Americans have no interest in listening to what Kashmiris talk about. However, last year, a WhatsApp call went viral where the Mayor of Srinagar was hurling abuses to some politician with his other colleague in the Municipality.  And now, after the Pegasus spyware stories breaking, people have stopped taking even WhatsApp.

Imagine a state of mind of society everyone believes that his or her phone is being tapped. Whether they are lawyers, police officers, politicians, scribes, or common people, everyone has strong belief that the state has placed a mechanism to record calls of all. That is why people preferred WhatsApp calls over regular phone calls. But in the Kashmir context, the state doesn’t always need sophisticated technology to hack your phones or monitor your lives. You can be stopped and your phone checked by a policeman or a security personnel on your way to work. You’ll do as they ask, and give them your password. This was rampant in Kashmir when limited internet was restored after over six months and people installed VPNs to gain access to social media. And of course there are instances when journalists or lawyers were called to the police station and the first thing done with them was to seize their phone.

“This is why #Pegasus is not needed in #Kashmir. Forces call you to the Police station, take your phone, write the passcode on its back & keep it with them for hours together. Saves time and resources. P.S. This was done with my phone last year in June,” lawyer Habeel Iqbal tweeted recently.

Long before Pegasus, wisdom had dawned on Kashmiris that phones are meant to call a person to say let us meet to discuss something. Phonas peth pazi na kath karaen (one shouldn’t talk on the phone).