Thanks to its captive vote bank of about six per cent consisting of the Vanniyar community, the PMK has enjoyed the luxury of choosing its election partner while being wooed by both the DMK and AIADMK 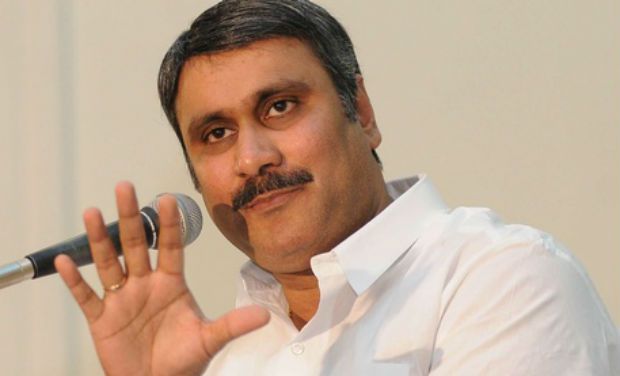 In politics, your past catches up faster than in any other field. Ask Anbumani Ramadoss of the Pattali Makkal Katchi (PMK), and he will show all the ‘blisters’ caused by the flurry of meme arrows fired at him in the last two days - after the PMK signed an electoral pact with the AIADMK for the Lok Sabha elections.

Recent videos of Anbumani Ramadoss, showing him tear into the present AIADMK government, were the most circulated to highlight his party’s latest example of political opportunism. Some of those videos were also interspersed with sarcastic diatribes from comedy scenes of a Tamil movie to mock the former Union Minister. If video memes were not enough, static memes with tongue in cheek comments were peppered all across the social media making the PMK and Anbumani the butt of jokes.

For Anbumani had been among the bitterest critics of the EPS government, here are a few of his comments on the present government:

“It is a shame that TN has been cursed with a Chief Minister like EPS . All he knows is how to make money through corruption and bribes. He knows nothing about administration. In the next election, EPS will lose deposit in his own seat.”

And consider his take on the present crop of AIADMK Ministers:

“The present Ministers of the AIADMK government are a bunch of duds. They know nothing – about governance, administration or finance - because Jayalalithaa wanted only fools in her Ministry. She only wanted those who fell at her feet and licked the tyre of her car as Ministers. Tamil Nadu has been shredded like a garland given to a monkey.”

And then the PMK’s political stand was spelt out clearly:

“Whether it is the coming Lok Sabha elections or future Assembly elections we will have nothing to do with the AIADMK or DMK. In future, we will have no alliance with either the DMK or AIADMK, not just 100 per cent but 101 per cent.”

With such strong words confined to the dustbin of history, the PMK’s brand of opportunistic politics was torn to bits in the virtual world.

Thanks to its captive vote bank of about six per cent consisting of the Vanniyar community concentrated in North and West Tamil Nadu, the PMK has enjoyed the luxury of choosing its election partner while being wooed by both the DMK and AIADMK

Hence the party can easily change partners for every election. After alternating between the AIADMK and DMK from 1998, the only time it displayed a sense of continuity was when it contested the 2004 Lok Sabha and 2006 Assembly elections with the DMK. After that, it moved to the AIADMK for the 2009 Lok Sabha polls and back to the DMK for the 2011 Assembly elections. In 2014, the PMK was part of a third front that consisted of the BJP, DMDK and MDMK.

In 2016, the party pitched Anbumani as its Chief Ministerial candidate and failed to win a single seat the first time since 1991. After swearing to stay away from both the DMK and AIADMK the party has now changed its stand once more and struck a deal with the AIADMK.

The politics of opportunism comes easily to the PMK.