BLOG | Rumours Have Stronger Legs Than Denials In Kashmir Valley

All rumours and speculations proved right in Kashmir. The denials by Governor Satya Pal Malik turned into a litany of lies. 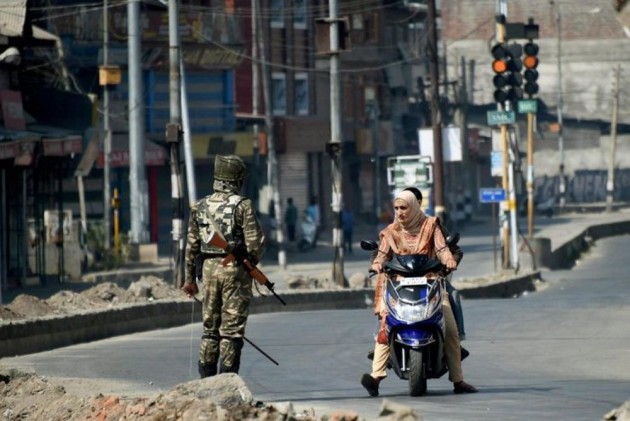 Rumours in the Valley travel faster than denials by the government -- especially in times of a complete communication blockade. There are rumours of war in the air.

People have little connect with each other. Except for the Governor Satya Pal Malik, top police officers and the Governor’s advisors, almost everyone else is living in a pre-mobile or pre-internet era. The mobile phone is carried just to see the time. Those who don’t care about the passage of time do not carry a mobile phone or a wristwatch. They are reconciled to live in a timeless era.

Normally, daily functions that people take in their stride elsewhere has become daunting tasks for those who live in the Valley. If you have to recharge your TV subscription, you have to send someone to Delhi, who would do it in case he reaches Delhi and remembers your request. If you want to book an air ticket, you have to book it from the Airport, if you are able to reach there.

Fixing to meet a friend or a relative or anyone else, you have to drop the person a letter, with the added caveat that the missive may not reach the person. Newspapers do reach you. But they have taken on a dystopic avatar. The edit pages are devoted to health concerns, like how much walking is good for health. There are columns about conflict and uncertain situations – but in places like Syria or Yemen. There are no editorials. It’s is as if a censorious hand has wiped out the concept of news from the front pages of the dailies.

There is quite a desperation among people. In Mehjoor Nagar area of Srinagar, a mother was seen wailing “what if they take away our girls tomorrow. What will we do?” after security forces picked up youngsters in night raids on charges of stone-throwing. Another person wanted to know why the war was not happening. There has never been such an urge for devastation in Kashmir.

In their desperate helplessness, people eagerly lend their ears to the swirl of rumours doing the round. People keep talking of war. But the Governor’s office has not chosen to deny these rumours. Any denial from the Governor or his office would convince everyone in Kashmir that war is imminent – a sure-shot confirmation. People are convinced that denials come only when something is bound to happen – as has been their experience in several cases.

The Governor says people can live without mobiles and the internet, as only militants use such artifacts. The Valley has no shortage of medicine, he claims. He says he didn’t tell arrested former chief ministers of the State, Mehbooba Mufti and Omar Abdullah, that they would be shifted to their residence if they don’t make any statements against abrogation of Article 370 and bifurcation of the State. The Governor says his office is not involved in the detention or release of any person. Kashmiris in the Valley agree with him with a double positive: Yeah, yeah.

On July 25, the Home Ministry issued orders deploying 100 additional companies of the security forces in Kashmir.  The Governor said they were brought for the elections. On July 27, an order issued by the Railways in view of the “forecast of the deteriorating situation in Kashmir and issue of law and order for a long period.” The Governor dismissed the railways order. There is no such order, he asserted.

On August 2, the Home Department of Jammu and Kashmir issued an order “in the interest and security of tourists and Amarnath yatris” asking them to leave the Valley.  Police and security forces ensured not a single tourist remained. The State government asked all district officers, sub-divisional magistrates, tehsildars and sector officers not to leave their “stations under any circumstances”.  Again, the Governor said there was nothing to panic about. He asked people not to indulge in speculation and rumours.

Of course, in the absence of truth, people did exactly that. Many said Articles 370 and 35A of the Indian Constitution would be abrogated and the State trifurcated. But the Governor dismissed such talk as mere “rumours” The war-like orders issued in July and August culminated in a communication blackout on August 4 evening and finally resulted in what was being rumoured about -- the abrogation of Articles 370 and 35A. It also led to the bifurcation of the State into two Union Territories.

All rumours and speculations proved right. The denials by the Governor turned into a litany of lies.

The governor now says that he is always available to Kashmiris on WhatsApp. Anyone can call me anytime. I meet everyone”. He is under the impression that his presence is the best thing that happened to Kashmir. He is perhaps right if a tragedy and a farce are good things.

Most Kashmiris are fearful nowadays that the Governor may soon deny a war will break out.