The Ephemeral Glory In Kashmir Politics: From Ahad Jan To Shah Faesal

Within a year’s time, Shah Faesal -- once touted as a role model for the youth of Kashmir -- has taken a complete U-turn on his stance on Kashmir politics. It takes years, sometimes decades, to realise the dreams in Kashmir politics. 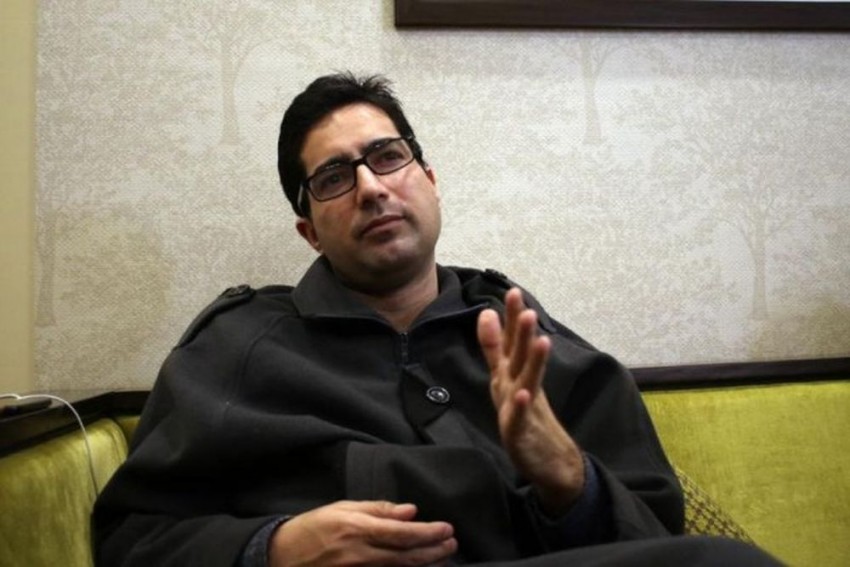 In August 2010, a suspended police head constable, Ahad Jan, shot to fame in Kashmir after he hurled a shoe at the then Jammu and Kashmir Chief Minister Omar Abdullah during the flag hoisting ceremony on Independence Day. Farooq Abdullah laughed at the incident saying Omar had joined the elite club of world leaders targeted with shoes. People were jubilant. Amid unrest and killings, they saw the shoe throwing incident as a statement from a Kashmiri. Jan was referred as “the one who threw a shoe at the power.” Two days later, in a goodwill gesture, Omar pardoned the suspended head constable and asked the police to withdraw the case against him. Omar called Jan to his residence and gave him a patient hearing. Thereafter, Omar directed the police to reinstate him.

It is said that during his meeting with Omar, Jan told the latter that the shoe wasn’t aimed at him but at the then DIG Farooq Ahmad and the then DG Kuldeep Khoda. In his village, Jan addressed a huge gathering and he told them he threw the shoe towards the Indian Parliament, Omar was just a target.  Jan accused the mainstream leadership of killings in Kashmir. In 2010, around 112 persons, mostly youth, were killed in the police and security forces’ firing. The villagers referred to Jan as a hero.

For some time, Jan remained in the news and many people praised his act. He even won himself a famous slogan: “Teri Jan, meri Jan-Ahad Jan Ahad Jan”.

But like other places, things don’t remain static in Kashmir. Politics change, people change and so does the situation. Jan was also forgotten. He was not reinstated and was dismissed from the services. He received the dismissal order in 2015. By the time he died in 2017, no one remembered him.

When Jan rose to fame, Shah Faesal was already famous. On May 6, 2010, Faesal had created history by becoming the first person from Jammu and Kashmir to top the Union Public Service Examination (UPSC). Since then, there was no looking back. He was compared with everyone except Jan. Obviously there was no comparison.

Some would see in Faesal the next Muslim Chief Secretary or Cabinet Secretary. Some would give his example to inspire youths of Kashmir to join the bureaucracy. Faesal inspired a large section of Kashmiri youth to participate in the competitive exams.

While in the services as the Director Education Kashmir, when he tried to bring reforms, he found the Teachers Union as a strong obstacle. It didn't deter him. As Deputy Commissioner, he realised that the police have attained unlimited powers in Jammu and Kashmir, and they do whatever they wish. He wrote to the then Governor that the APRs of the police at the district level should come under the district magistrate. It angered the police. By the time Faesal decided to join politics in January 2019, he was considered a shining star in J&K’s bureaucracy. He was in Harvard University. An exceptionally good speaker with a huge following, Faesal was and is still famous.

When he resigned from the services on January 11, 2019, he said he wouldn’t be joining the separatist politics as he was a man from the system and would be happy to change things by being in the system. Many thought he would join the National Conference and would contest for the north Kashmir's Parliamentary seat. Others thought he would join the Congress. But Faesal had other plans for himself. In March 2019, he launched his own party, J&K People’s Movement. The mainstream politicians were unnerved. They accused him of being an agent to pin him down. An accusation of being an agent in Kashmir means New Delhi’s proxy in Kashmir.

He was unfazed by such allegations. While addressing people in Srinagar at the launch of his party, he vouched to emulate the politics of Pakistani Prime Minister Imran Khan and Delhi Chief Minister Arvind Kejriwal. Now, Faesal’s party members saw in him a new chief minister of J&K.

Six months later, everything changed in Jammu and Kashmir. All former chief ministers were jailed along with thousands others and when on August 5, 2019, the BJP government at Centre revoked article 370 amid communication blockade, siege, and huge military build-up. Faesal was arrested in mid-August after sharing his concerns in his interview with the BBC. He had said, “Kashmir will need a long, sustained, non-violent political mass movement for restoration of the political rights. The abrogation of Article 370 has finished the mainstream. Constitutionalists are gone. So you can either be a stooge or a separatist now. No shades of grey.”

A year later, Faesal stepped down from his own party after he was released from PSA detention. He, however, continues to be under house arrest. He pledged not to practice politics ever. “The 1949 National consensus was that Article 370 should stay. The 2019 National consensus is that it should go. In such an environment you are either with India or against India,” he said.

Jan didn’t change so many statements in those few months of his fame as Faesal changed his outlook in the past one year.

And one year is nothing in politics, especially in Kashmir. For decades together, politicians wait and suffer to realise their dream. Faesal thought in one year it is over in Kashmir and there is nothing left for the politics. Such decisions make you famous like Jan. But then you also fade away in oblivion like him. Hope unlike Jan, Faesal is reinstated.